New York Democratic Rep. Alexandria Ocasio-Cortez defended her position on “defund the police” despite pushback from House Democrats who lost a number of seats they were hoping to win on election night.

“I believe the path toward justice is a long arc. Safety is not just an officer with a badge and a gun,” Ocasio-Cortez said, according to the New York Post. “Our (police budget) is too high,” she added, mentioning a $6 billion figure for the NYPD.

Ocasio-Cortez also said that spending on the NYPD is not monitored and “becomes a self-fulfilling prophecy,” saying more money should be directed towards healthcare. “It’s about a budget shift,” the New York Democrat added.

“It’s my job to listen. We need to invest in those other types of safety,” Ocasio-Cortez said. “We need to stop being so reactionary.” 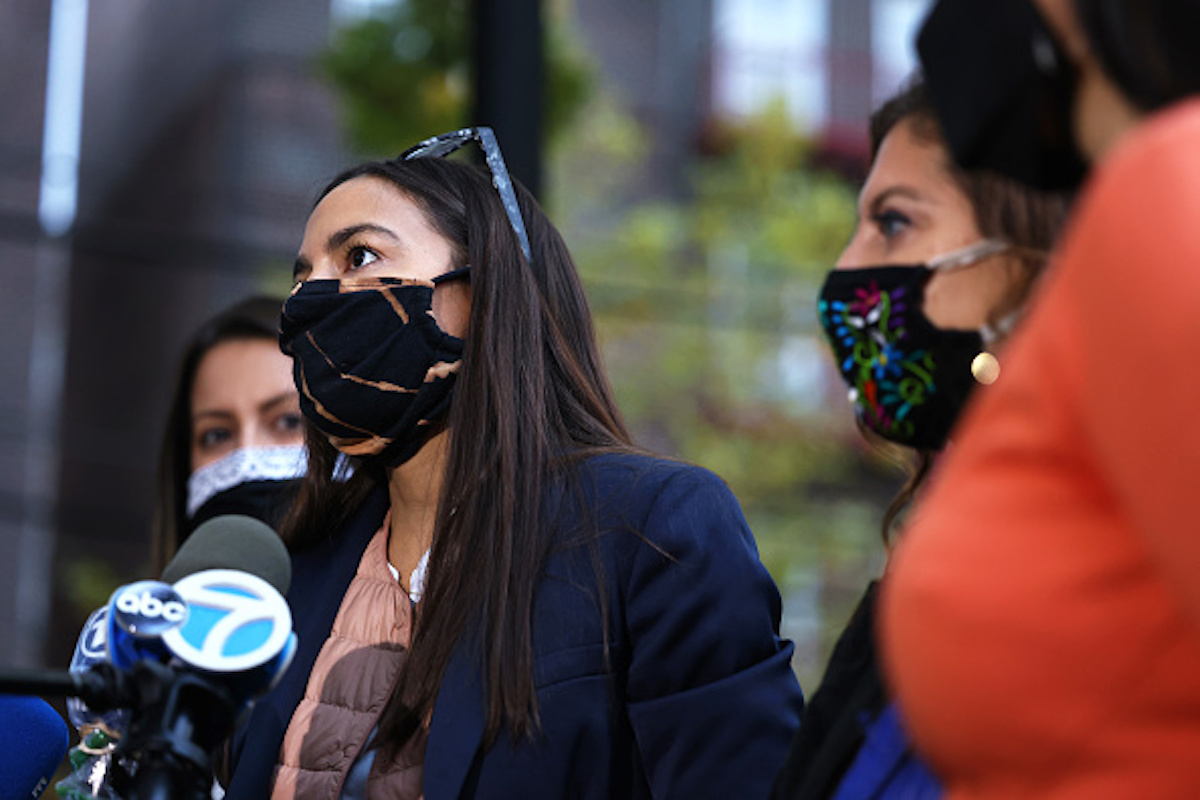 Democrats in the House reportedly voiced their concerns about the future of the party with Speaker of the House Nancy Pelosi in a caucus call after the elections, as Democrats did not expand their majority but instead lost several seats. Democratic Virginia Rep. Abigail Spanberger was reportedly the most vocal, mentioning the defund the police movement, causing Pelosi to fire back and say that Democrats have a “mandate.” (RELATED: ‘We Have A Mandate!’: Pelosi Reportedly Hammers Distraught, Beleaguered House Dems)

Democrats in the House lost a number of seats they were hoping to win on election night, a blow to the party’s hopes of expanding their majority, as some were projecting Democrats to pick up as many as 15 seats. Democratic Michigan Rep. Elissa Slotkin said Tuesday morning that there are some serious problems with her party’s messaging and branding.

Other House Democrats, such as House Majority Whip Jim Clyburn have said the party needs to stay away from a number of issues. (RELATED: House Minority Leader Kevin McCarthy Says He Did Not Speak With Biden)

If “we are going to run on Medicare for All, defund the police, socialized medicine, we’re not going to win,” Clyburn said, according to Politico.

Ocasio-Cortez’s office did not immediately respond to the Daily Caller when asked about her comments at the town hall.