Saturday’s contest will mark Trump’s third consecutive appearance and his last as the 45th president. Naval Academy athletic director Chet Gladchuck confirmed the president’s plans to attend during a Board of Visitors meeting on Monday, as first reported by the Baltimore Sun. 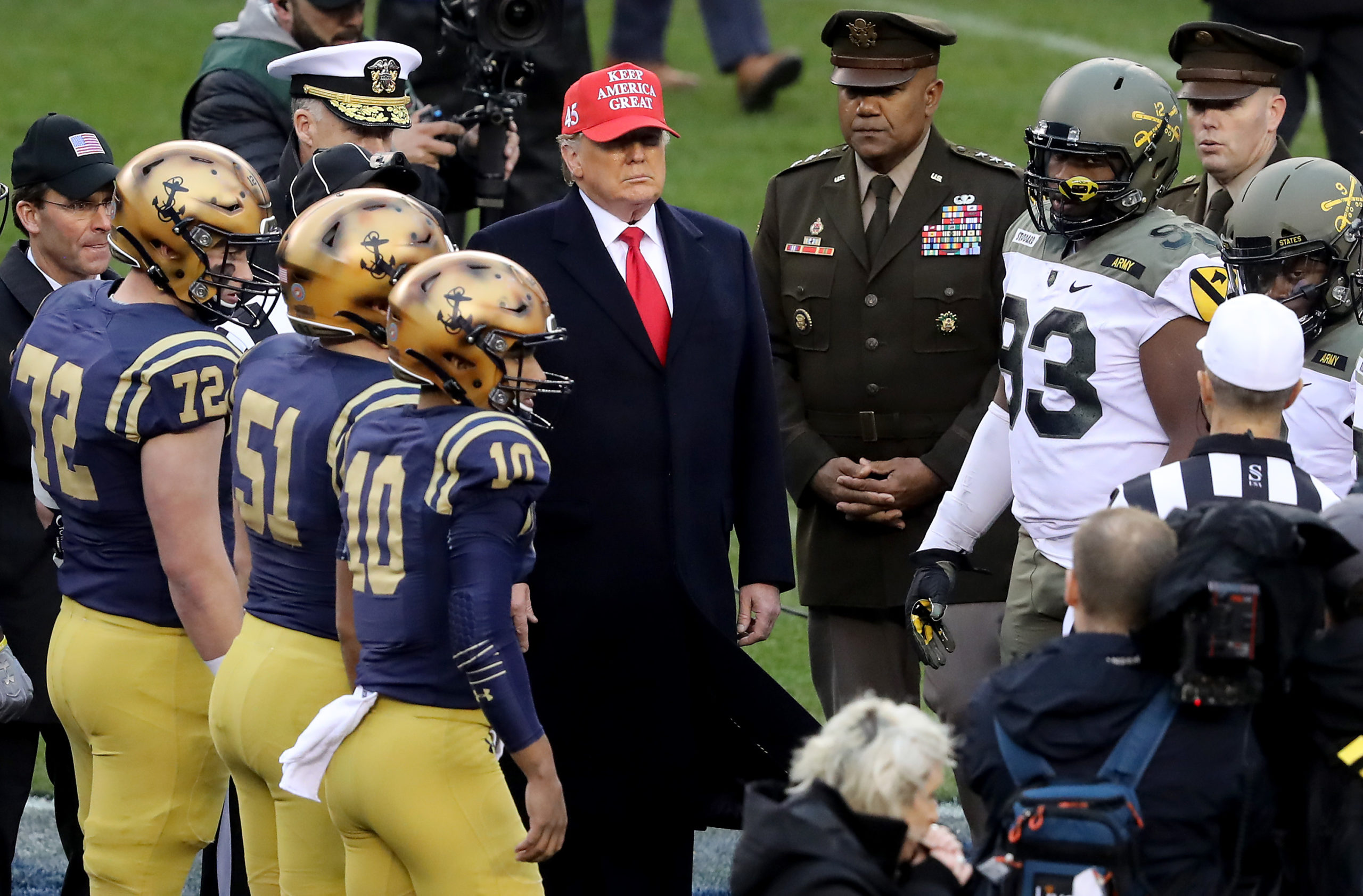 PHILADELPHIA, PENNSYLVANIA – DECEMBER 14: U.S. President Donald Trump participates in the coin toss before the game between the Army Black Knights and the Navy Midshipmen at Lincoln Financial Field on December 14, 2019 in Philadelphia, Pennsylvania. (Photo by Elsa/Getty Images)

A White House official told Daily Caller, however, that the president’s schedule remains subject to change. Pennsylvania’s current ban on large gatherings that would have prevented both the Army Corps of Cadets and Navy Brigade of Midshipmen from attending forced the game to be moved from Lincoln Financial Field in Philadelphia to West Point.

2020 will mark the first time the game has not been played at a neutral site since 1943. (RELATED: Trump Takes Turns Sitting With Army, Navy Cadets At Army-Navy Game)

Bloomberg News noted Monday that, to date, coronavirus surges have postponed or led to outright cancellations of more than 100 college football games in the 2020 season.

2019’s Army-Navy game featured an unexpected controversy, after viewers accused cadets of flashing a “white power” symbol on television during the game. Following an internal investigation, both military academies agreed that the gesture was not a “white power” symbol, but instead the “circle game.”

“We investigated this matter thoroughly,” Lt. Gen. Darryl A. Williams, 60th superintendent of the U.S. Military Academy, said in a statement at the time. “Last Saturday we had reason to believe these actions were an innocent game and not linked to extremism, but we must take allegations such as these very seriously. We are disappointed by the immature behavior of the cadets.”