Nearly a dozen miners remain missing in the collapse of a gold mine in Nicaragua after two bodies were recovered, numerous sources reported.

The bodies of the two miners, aged 20 and 28, were recovered by rescue workers on Saturday at the site of the collapse, located near the border with Costa Rica in the La Esperanza region, Agence France Presse reported. The unregistered mine collapsed Friday.

Nearly a dozen remained missing after the rescuers recovered the two bodies, the Associated Press reported Sunday. The search for the missing people began after an injured miner escaped from the collapse and went to report to others what had happened. (RELATED: Dramatic Video Shows Black Hawk Helicopter Crew Rescuing Honduran Child From Hurricane Floodwaters)

Firefighters and rescue workers in Nicaragua search for miners trapped in a collapsed illegal gold mine pic.twitter.com/5q0TpDs9ct

Gutiérrez reportedly said that police, soldiers, firefighters and community members aided in efforts to search for those still missing. The search was later called off following the discovery of the two miners, and no other fatalities were found. TRT World reported that 20 people had been recovered. It was unclear what the status of the people who remained trapped was, or if there were updated estimates of the number of people who remained.

“It will be the responsibility of the Ministry of Energy and Mines and the police to continue the necessary investigations into this type of accident,” the National System for the Prevention, Mitigation and Attention of Disasters said, 19 Digital reported, according to AFP. 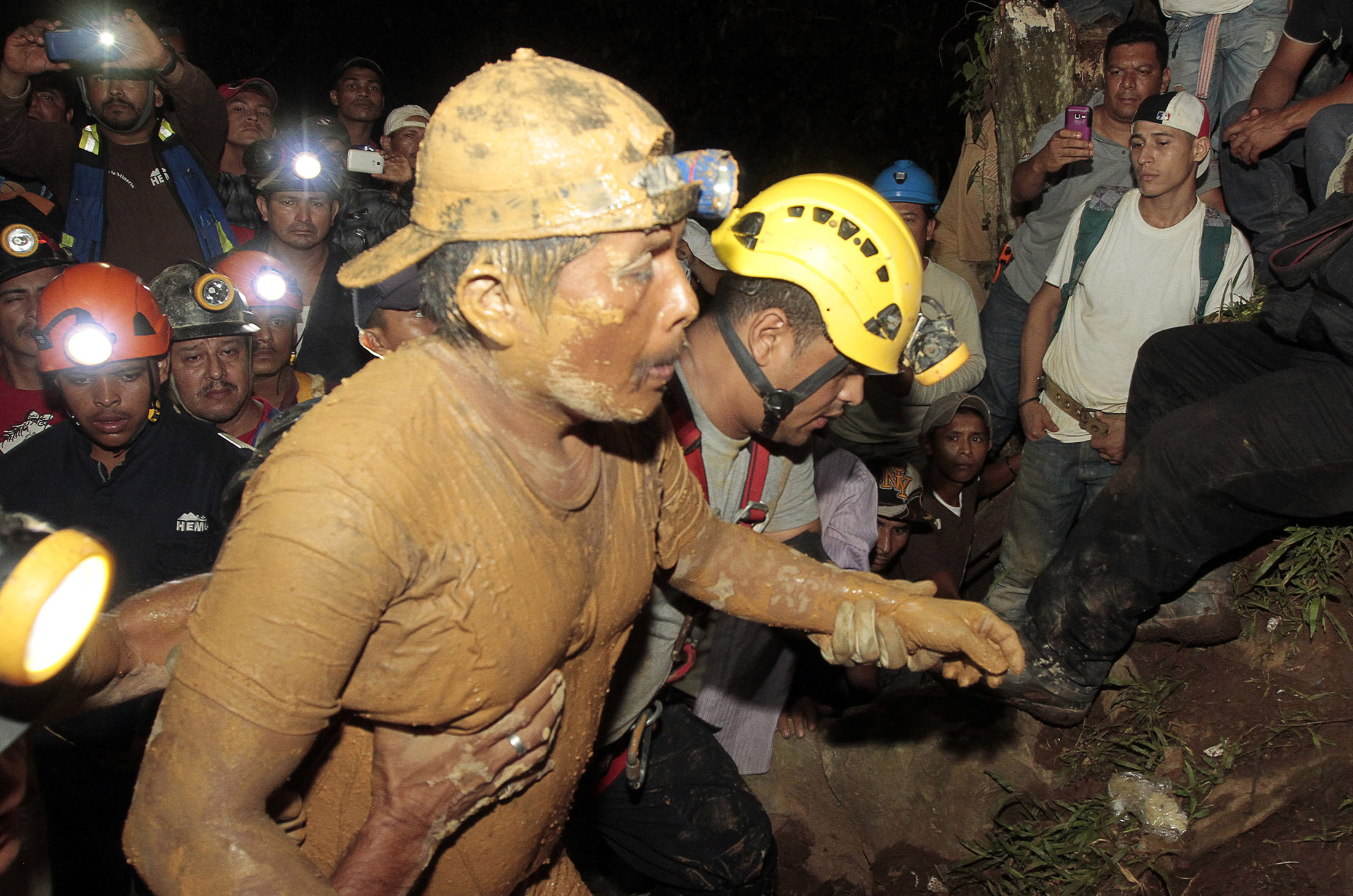 Miners and rescue workers hold a miner (front) covered in mud after he was rescued from a gold mine blocked by a landslide in Bonanza town August 29, 2014. REUTERS/Oswaldo Rivas

In 2014, 22 miners were rescued after a landslide trapped them inside a mine in Bonanza. A landslide at the mine had killed two miners two months before the August incident, according to Reuters. The mine was closed four years prior because it was determined to be unsafe.