Secretary of State Michael Pompeo claimed that Massachusetts Institute of Technology’s (MIT) president chose to not allow him to deliver a speech about the Chinese government’s infiltration of American campuses because it would allegedly insult students, 11 Alive’s video of the event shows.

He claimed that universities were reluctant to criticize China “out of fear” of offending the Chinese government and suggested that MIT had played “right into the Chinese Communist Party’s hands.”

Pompeo gave the speech at Georgia Tech, where he spoke of the Chinese government’s push to steal American technology, and the numerous professors, students and researchers who were arrested on espionage-related charges and tasked by the Chinese Communist Party with recruiting talent.

“Indeed, I must tell you that MIT wasn’t interested in having me to their campus to give this exact set of remarks,” Pompeo said. “President Raphael Reif implied that my arguments might insult their ethnic Chinese students and professors. But of course nothing could further from the truth. These are the very people that this set of remarks is intended to protect, to protect their freedoms.”

“And I must say, the yielding to the objection of hurt feelings plays right into the Chinese Communist Party’s hands. They watch America closely. It’s what the party says constantly in response to legitimate criticism around the world. You can see it,” he continued.

However, MIT disputed the accusation that Reif had turned down the offer out of fear of offending students and faculty, claiming that coronavirus pandemic gathering restrictions had prevented the school from hosting Pompeo or any other speakers.

“The Institute was honored to be considered. After thorough consideration with his senior team, President Reif concluded that to preserve public health on campus in the fall we must abide fully by our policies of no guests and no gatherings greater than 10 people,” an MIT spokesperson told the Daily Caller.

The spokesperson said that a member of Pompeo’s staff had contacted the school in August to schedule a venue for the fall, and that the conversation “was prospective,” meaning the school never saw the remarks Pompeo would potentially deliver. 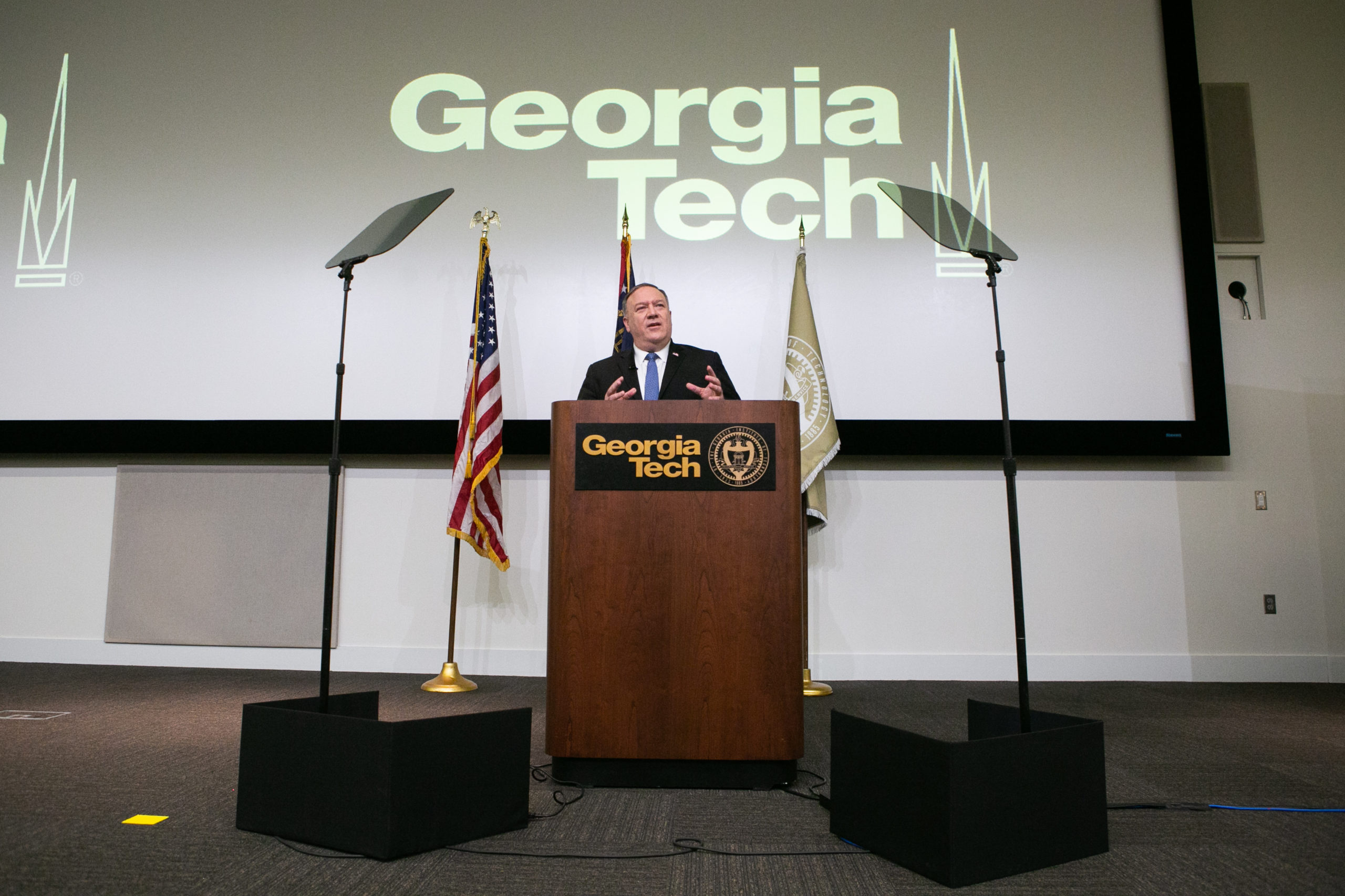 “The Institute was, at the time, just welcoming seniors and graduate students back to campus for a fall semester governed by strict density limitations on campus and had real concerns that a high-level visit might not only draw crowds but suggest to students that MIT was not taking its own rules seriously. President Reif verbally conveyed MIT’s decision – based on a commitment to the health of our students and our surrounding community – with his deep regrets,” the spokesperson continued.

“MIT turned down a number of other high-level guests for the same reasons,” the spokesperson added.

The Justice Department has led a crackdown on Chinese government influence on college campuses, arresting more than a dozen people over the last year suspected of hiding their ties with the Chinese Communist Party.

Pompeo referred to the case of Charles Lieber, the chair of Harvard’s Department of Chemistry and Chemical Biology who was arrested and indicted on charges of making false statements to federal authorities about his participation in the Thousand Talents Program, a Chinese talent recruitment program that in some cases has resulted in violations of U.S law, including espionage, theft of trade secrets and grant fraud. (RELATED: More Than A Dozen Researchers And Professors At US Universities Have Been Arrested For Ties To The Chinese Government)

“There are many American scholars – often doing research funded by American taxpayers – that have been lured into the Chinese Communist Party’s talent recruitment programs,” Pompeo said in his speech. “The CCP pays them what is for them a fortune to do research related to their current fields for, or in, China – and then often uses the fruits of their brainpower to build its military strength.”

The Department of Education opened an investigation into MIT in 2019, requiring the school to provide records of its gifts or contracts from foreign sources, including Chinese government-related entities, after it had allegedly failed to do so. Among them was the Hanban, the Confucius Institute Headquarters that is based in Beijing which is tied to the Chinese Ministry of Education. Its directors are either members of or have close ties to the party.

Pompeo affirmed the Department’s stance that the institutes have nefarious ambitions. Confucius Institutes claim that they offer funding for language study, and have also propagated China’s view on contentious topics such as Tibet and Taiwan. The Trump administration announced its plan to designate the Confucius Institute U.S. Center as a foreign mission in August.

US explains designation as “foreign mission” will not force #China-funded Confucius Institutes to close. Rather, will require more info filing to @StateDept about staff, recruiting, funding so US schools w/ CI’s on campus can make “more informed” choices. https://t.co/nzuXdaO4Hz pic.twitter.com/Enc9kVP26m

“The U.S. The Department of Education over the last years has found that schools have taken an estimated $1.3 billion from China since 2013,” Pompeo said. “That’s just what we know about. Like so many – like Columbia – so many schools that have failed to report the true amounts. What more – what more bad decisions will schools make because they are hooked on Chinese Communist Party cash?”