President-elect Joe Biden has picked New Mexico Rep. Deb Haaland to lead the Department of the Interior, according to multiple reports.

Haaland, a member of Pueblo of Laguna, would be the first American Indian interior secretary since the department was established in 1849. If confirmed, she would be responsible for leading the department that oversees most of the country’s natural resources and approximately 20% of the land in the United States.

Haaland, who was elected in 2018 in one of the largest oil- and natural gas-producing states, has pledged to emphasize the use of renewable energy sources if confirmed to the position, according to The Washington Post.

The department’s transformation will likely play a significant role towards Biden’s efforts to combat climate change. He has pledged to halt new oil and gas drilling on public lands and has said that he will rejoin the Paris Climate Accords on the first day of his presidency.

In addition to overseeing over 109 million acres of protected federal lands and 422 national parks, Interior also protects over 1,000 endangered species and manages public water infrastructure in the West, which has sustained agriculture throughout the region and provided water for millions of Americans from Los Angeles to Las Vegas, according to the Post. (RELATED: Interior Secretary Tests Positive For COVID-19) 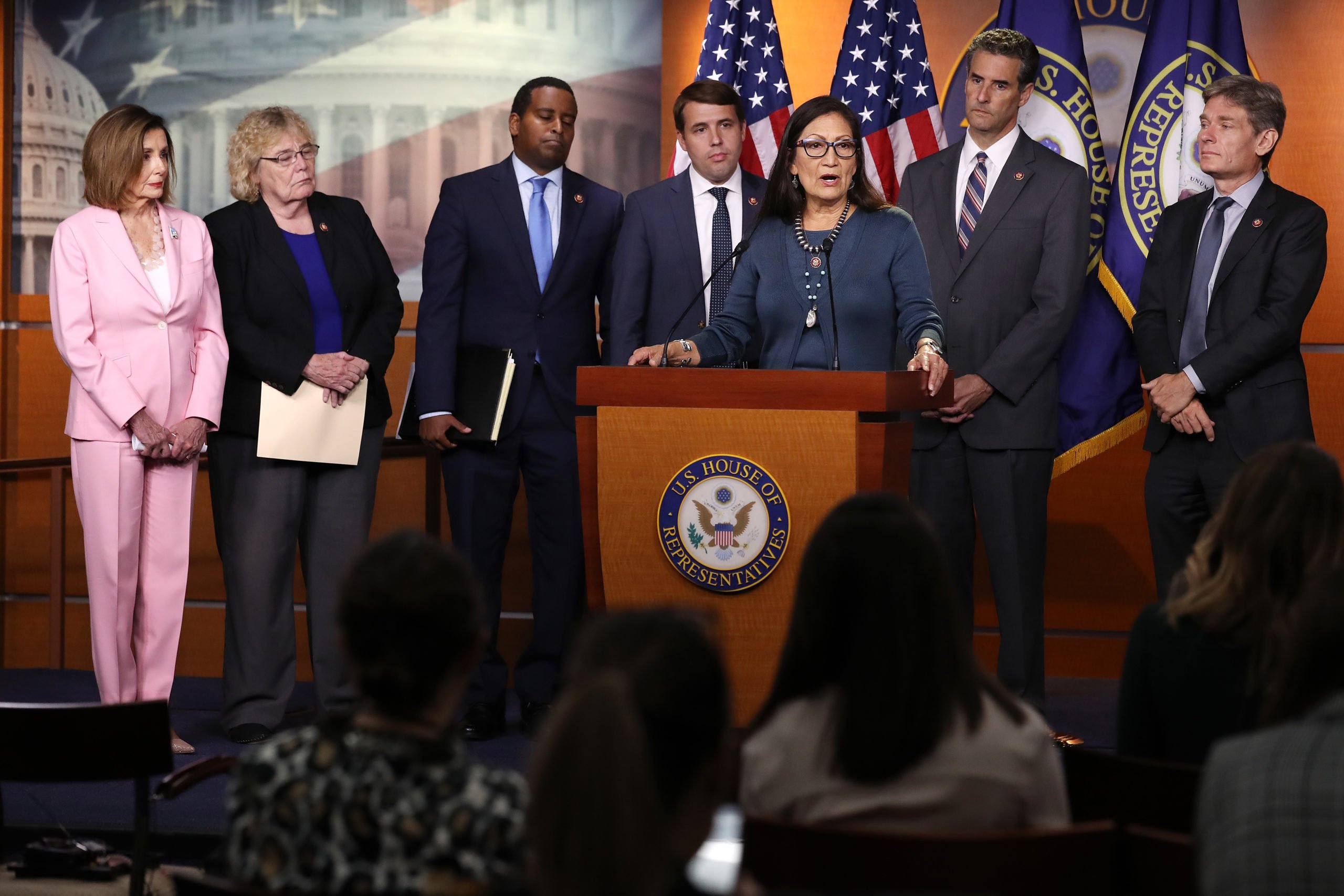 If Haaland is confirmed by the Senate, Democrats could begin the 117th Congress with the slimmest of House majorities. Currently, the caucus has 222 members, including Haaland and Reps. Cedric Richmond and Marcia Fudge, both of whom plan to join the Biden administration as well.

If all three vacate their posts, then Democrats would have 219 seats. A party needs 218 seats to have a majority.

Despite the political risk, House Speaker Nancy Pelosi said in a statement Wednesday that she would have no problem with Haaland leaving to join the Biden administration, calling her “one of the most respected and one of the best members of Congress I have served with.”

“Congresswoman Haaland knows the territory, and if she is the President-elect’s choice for Interior Secretary, then he will have made an excellent choice,” Pelosi said.