He is the first senior member of the Biden team to test positive for coronavirus. (RELATED: Biden Reacts To Hackers Infiltrating US Nuclear Agency, Treasury, DHS And Others: ‘A Good Defense Isn’t Enough’)

Richmond tested positive earlier Thursday and had not had any recent close contacts with President-elect Joe Biden, transition spokeswoman Kate Bedingfield noted. Richmond recently traveled to Georgia to campaign for Senate Democratic candidates Rev. Raphael Warnock and Jon Ossoff but did not come into close contact with them, members of their teams or any of the other prominent Democrats campaigning in the state. 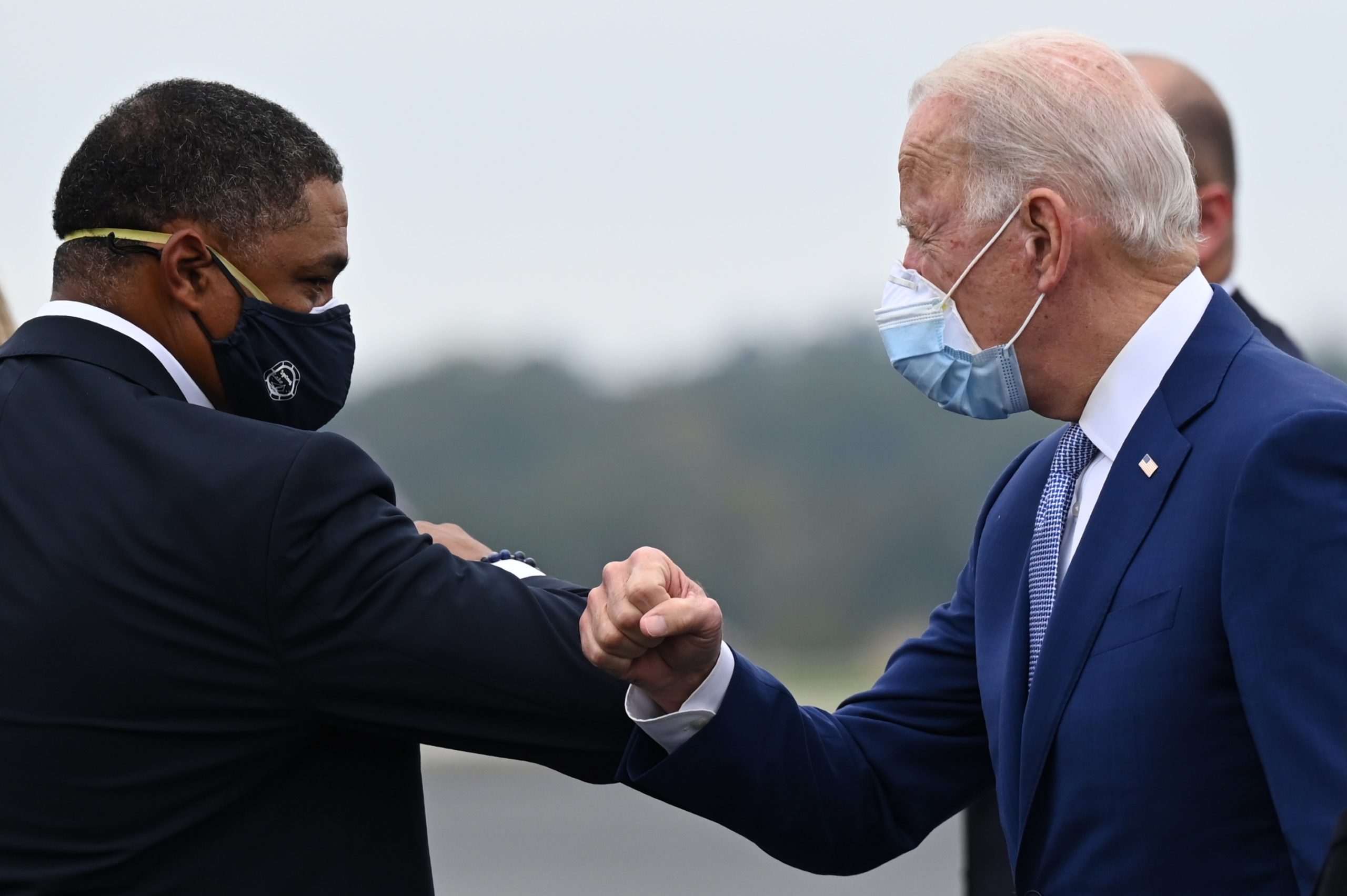 Democratic presidential candidate Joe Biden is greeted by US Congressman Cedric Richmond, D-LA as he arrives in Columbus, Georgia, on October 27, 2020. (Photo by JIM WATSON/AFP via Getty Images)

“Richmond’s interactions with the President-elect happened in open air, were masked and totaled less than 15 consecutive minutes, the CDC’s timeframe for close contact,” Bedingfield wrote. “As is our standard protocol after an initial positive test, he took a PCR test on Thursday, December 17th, which also came back positive.”

She claimed that after Richmond’s “rapid test came back positive, we initiated contact tracing protocols immediately,” and determined that he had come into contact with two individuals who are also isolating.

“Richmond will quarantine for a period of 14 days and will produce two negative PCR tests before he returns to any in-person work in Congress or on the transition,” Bedingfield continued. “The protocols we have followed are consistent with protocols we followed during the campaign to ensure the safety of everyone involved. We take all precautions possible, follow the best guidance of public health officials and remain committed to transparency and information sharing when positive tests do arise. We will continue to model this behavior at every opportunity.”

Richmond, who served as Biden’s campaign co-chair throughout the 2020 election, is expected to serve an outreach role in the White House, including serving as a go between for Biden with Congress and private groups.