The New York City Police Department (NYPD) was accused of mishandling riots and demonstrations within the boroughs that followed the late May death of George Floyd, authorities said.

The NYPD arrested 2,047 people, 166 of which were for felonies, between May 28 and June 5 during the peak of violent unrest throughout the city, according to a 115-page report from the New York City Department of Investigation (DOI). Law enforcement, which saw 386 officers injured in a two-week period after Floyd’s death, was said to have violated “the rights of protesters” in its police response, the investigative body found.

“The NYPD’s use of force and certain crowd control tactics to respond to the Floyd protests produced excessive enforcement that contributed to heightened tensions,” the DOI wrote.  (RELATED: Dozens Arrested During Violent Demonstrations In New York City)

“NYPD’s use of force on protesters—encirclement (commonly called ‘kettling’), mass arrests, baton and pepper spray use, and other tactics—reflected a failure to calibrate an appropriate balance between valid public safety or officer safety interests and the rights of protesters to assemble and express their views.”

The DOI report also insisted that NYPD bosses “lacked a clearly defined strategy” to respond to an unprecedented amount of unrest.

“The NYPD lacked a clearly defined strategy tailored to respond to the large-scale protests of police and policing,” the organization wrote. “NYPD officials acknowledged that the size, multiplicity, and intensity of protests across the City surprised them.”

“They attributed any weakness in the policing strategy to the initial deployment of insufficient officers. This early under-deployment may have contributed to problems that then escalated tensions even on ensuing days when staffing was more appropriate.” 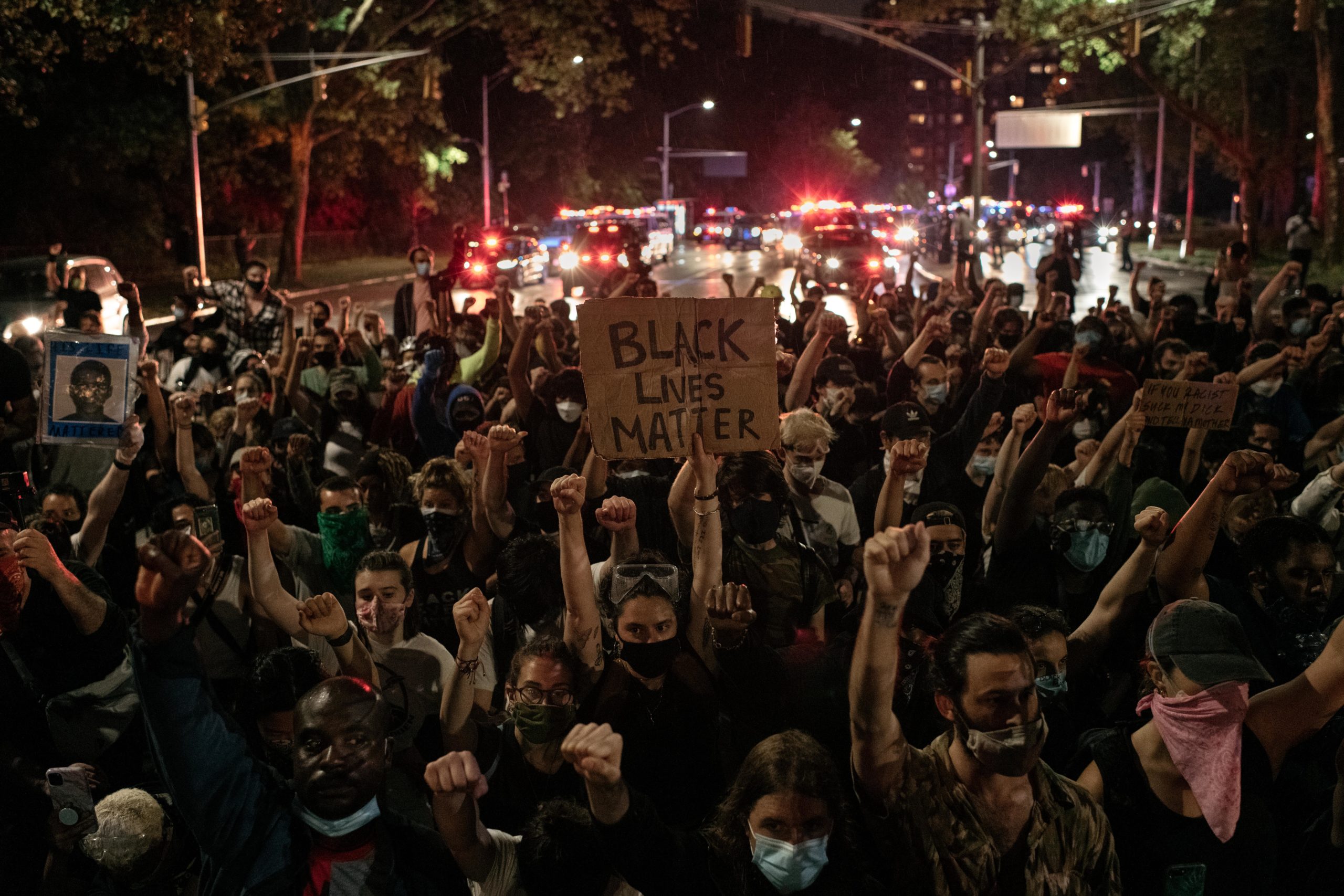 The government body additionally accused the NYPD of deploying officers who were unprepared for the protest-related policing.

“The NYPD deployed officers who lacked sufficient, or sufficiently recent, training on policing protests,” the DOI indicated in the report. “With the exception of officers in specialized units, most officers responding to the protests had not received recent relevant training for policing protests.”

The findings also lambast the law enforcement body for lacking “a centralized community affairs strategy” and for failing to adequately track “protest data,” according to the report.

The report concluded with a suggestion that Democratic Mayor Bill de Blasio and local authorities “should consider consolidating existing police oversight functions into a single agency, headed by an independent board.”

“The Police Commissioner should designate and empower a single senior executive, at the Deputy Commissioner level, to be responsible and accountable for providing civilian oversight agencies with the access to records that the law requires,” the DOI added.