Notre Dame has the most support in America heading into the College Football Playoff.

Using Twitter data tracked and put together by BetOnline.ag, 19 states in America are pulling for Notre Dame, 15 want Alabama to win and Clemson and Ohio State each have the support of eight states. (RELATED: David Hookstead Is The True King In The North When It Comes To College Football) 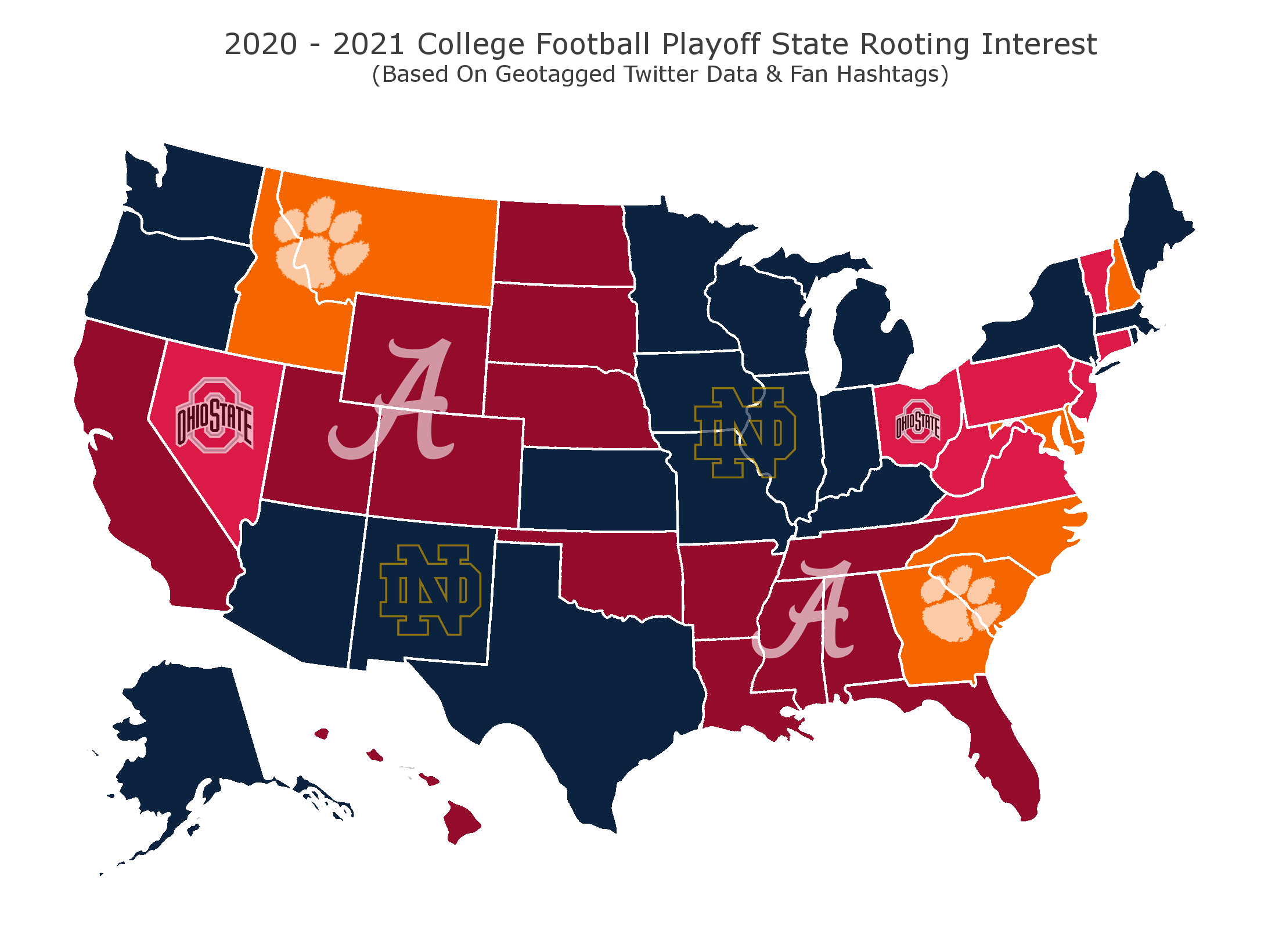 I sure do have some bad news for the 19 states pulling for the Fighting Irish. Notre Dame has no shot of winning the national title!

Literally none. Wisconsin is playing a bowl game I didn’t even know existed until Sunday, and the Badgers might have a better shot than the Fighting Irish.

I mean, it’s going to be ugly when the Crimson Tide take the field against Notre Dame January 1. The game won’t be close.

In fact, it might not be within 30 by halftime. The things Alabama is going to do to the Fighting Irish are probably illegal in large portions of this country.

Yet, I kind of want to watch it happen just because everyone hyped up Notre Dame all season. Time for another reality check!

It’s going to be a bloodbath, and I can’t wait.