China has been tightening pressure on the Catholic Church in Hong Kong since passing the Hong Kong National Security Law, a Reuters investigation claims.

The investigation also revealed the previously-unreported detentions of two Catholic nuns, in their 40s, arrested in May while visiting their families in Hebei province. Three weeks after being incarcerated, they were released into house arrest and prohibited from exiting mainland China. (RELATED: ‘A Regime That Fears Religion’: New Report Details China’s Crackdown On Religion)

The nuns worked for the Vatican’s unofficial diplomatic mission in Hong Kong, which, like the Church, has increasingly become victim to Beijing’s desire to stifle independent political forces in the city, Reuters reported.

Top Hong Kong and Vatican clerics view the nuns’ arrests as a sign that Beijing desires the mission’s closure, according to Reuters.

China has launched a sustained crackdown on opposition voices in Hong Kong. Now, the Catholic Church is feeling the heat https://t.co/Q1HRt8lA4N @gregtorode

Because the Vatican and China do not have official diplomatic ties, the mission, which, according to Western diplomats, has come under increasing Chinese surveillance, lacks official status, Reuters reported.

Top clergy members in Hong Kong told Reuters that as part of mounting pressure on the Church, Beijing is also attempting to influence Hong Kong’s choice of its next Bishop — a role vacant since the last Bishop’s demise in 2018.

By doing this, they say, China is seeking to apply a two-year pact it made with the Vatican, which grants it a say in prelate appointment in other parts of China, to the city.

The Justice and Peace Commission, a human rights body in the diocese known for championing political and religious liberty, has become a target for the suppression, Reuters reported.

“We are at the bottom of the pit – there is no freedom of expression anymore,” former Bishop of Hong Kong, Cardinal Joseph Zen, told Reuters. “All these things are normal in mainland China. We are becoming like any other city in China.” 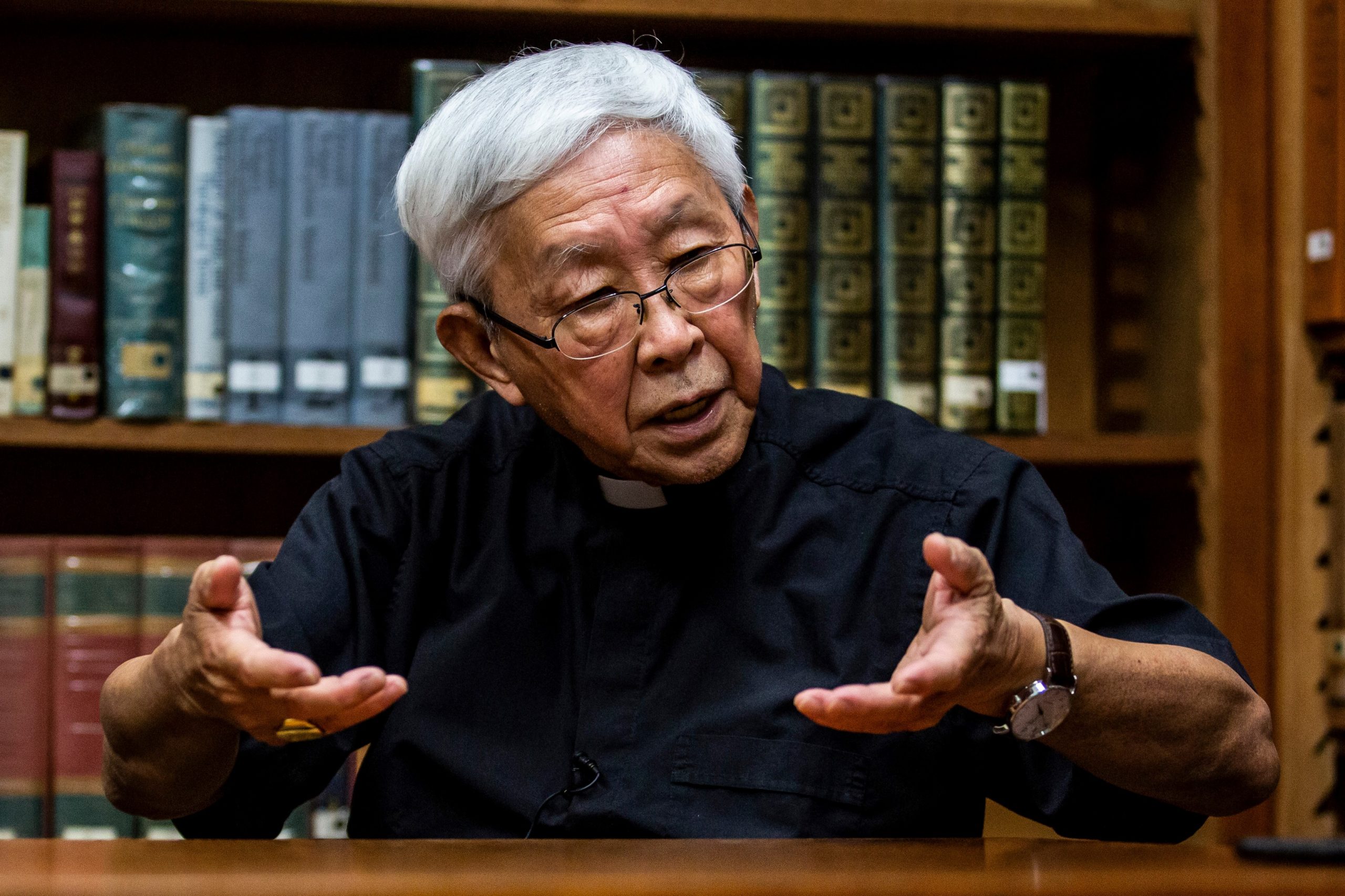 In this picture taken on September 11, 2020, Cardinal Joseph Zen, former bishop of Hong Kong, speaks during an interview with AFP at the Salesian House of Studies in Hong Kong. (Photo by ISAAC LAWRENCE/AFP via Getty Images)

While the Church suffered repression in mainland China for decades, it enjoyed great freedom in Hong Kong, where it flourished before the city began to lose autonomy, Reuters reported.

China passed the national-security law in May that allows mainland security-agencies to operate in Hong Kong, overriding local government authorities, as part of Beijing’s attempts to effectively quell political dissent in the city.

The Church is the latest institution to feel the pressure of this law, Reuters reported.

“For any word you say,” Zen, known for being outspoken on human rights issues, told Reuters, the authorities “can say you’re offending the National Security Law.”