Former United Nations Ambassador Nikki Haley criticized President Donald Trump for his actions since losing the election back in November, adding that he will be “judged harshly by history.”

Haley made the comments during a Republican National Committee dinner in Florida on Thursday also complimented the president’s “truly extraordinary gains” during his first term, according to Fox News.

“President Trump has not always chosen the right words. He was wrong with his words in Charlottesville, and I told him so at the time,” She told the Republican dinner. “He was badly wrong with his words yesterday. And it wasn’t just his words. His actions since Election Day will be judged harshly by history.”

Haley, who formerly served as the governor of South Carolina, was a harsh critic of Trump during the 2016 election. She was appointed to UN ambassador by the president in 2017 but left in 2018.

“It’s deeply disappointing,” she told the RNC dinner in Jacksonville, Florida. “And it’s a real shame, because I am one who believes our country made some truly extraordinary gains in the last four years.”

Haley added, “We should not shy away from our accomplishments.” 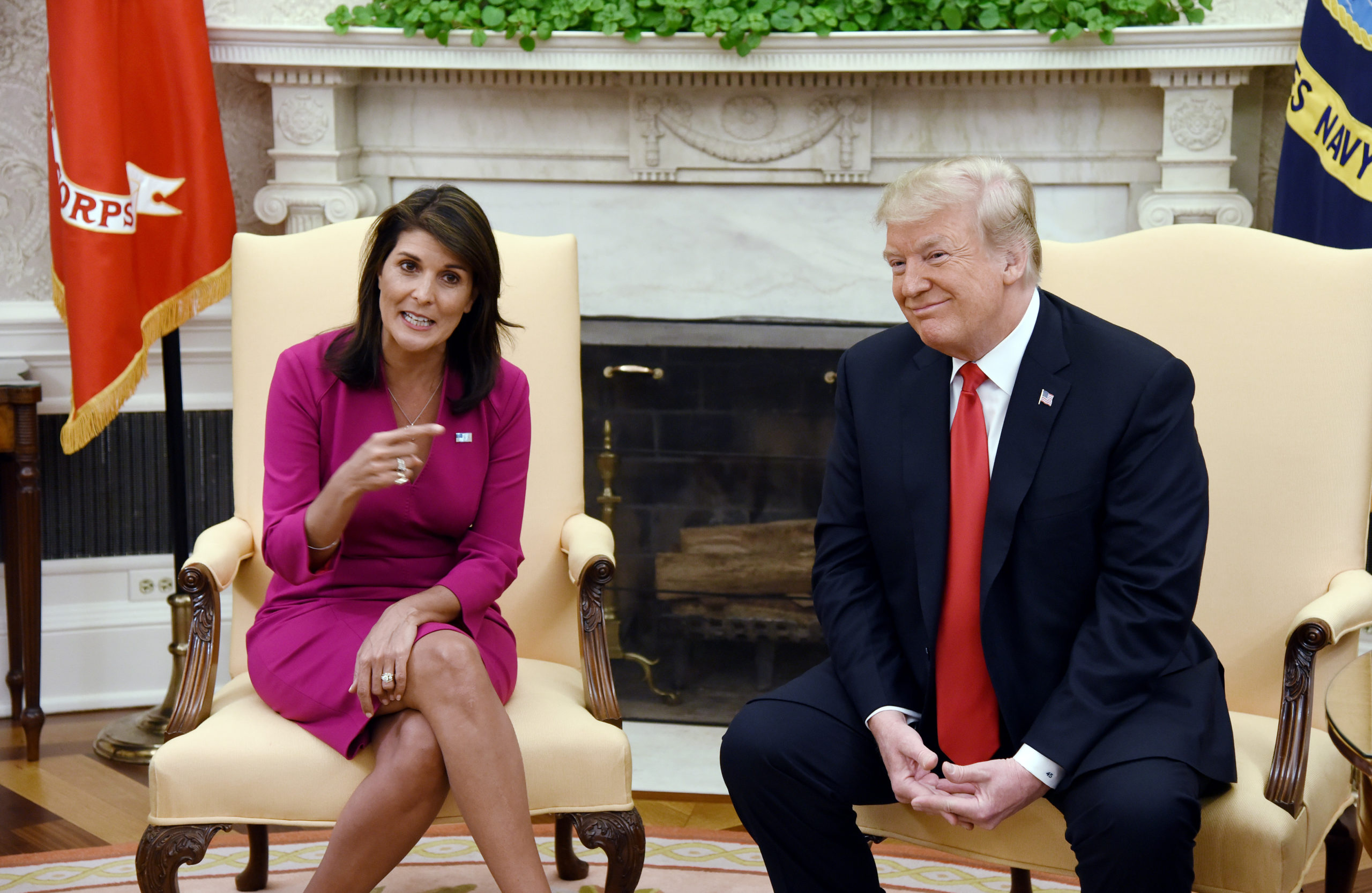 US President Donald Trump meets with Nikki Haley, the United States Ambassador to the United Nations in the Oval office of the White House on October 9, 2018 in Washington, DC. (Photo credit should read OLIVIER DOULIERY/AFP via Getty Images)

Haley’s comments were made a day after a mob of Trump supporters stormed the Capitol building, attacking police and knocking down security barriers in an attempt to stop the Congress’ certification of Biden’s victory in the 2020 presidential election. (RELATED: FBI Offers $50,000 Reward For Information About RNC, DNC Pipe Bomber)