President Donald Trump on Wednesday is likely to become the first president in American history to be impeached twice, but some lawmakers worry the effort could complicate President-elect Joe Biden’s early agenda and push to unify the country.

Widespread calls for impeachment began late last week after pro-Trump rioters clashed with Capitol Police and stormed the Capitol itself, forcing lawmakers, staffers and reporters to hide as the mob ransacked the building. House Speaker Nancy Pelosi came out in support of impeachment on Friday, threatening to bring a vote to the floor if Trump was not removed via the 25th Amendment or if he did not resign himself.

“The President incited a deadly insurrection against America that targeted the very heart of our Democracy,” Pelosi said in a statement Monday morning. “The President represents an imminent threat to our Constitution, our Country and the American people, and he must be removed from office immediately.”

She introduced the sole article of impeachment against Trump on Monday, accusing him of inciting insurrection after repeatedly making false claims that he won the election and pressuring state elections officials to overturn their results. “In all this, President Trump gravely endangered the security of the United States and its institutions,” the article outlines.

However, while many congressional Republicans have joined Democrats in criticizing the president for his role in inciting the riots and have largely abandoned him in his final days in office, most have cautioned against impeachment, warning that it could further divide the country and undermine Biden’s calls for unity.

“All responsible parties, including President Trump, must face justice,” Republican Rep. Tom Reed wrote in an op-ed on Monday, but “if our leaders make the wrong decision in how to hold him accountable, it could damage the integrity of our system of justice, further fan the flames of division, and disillusion millions of Americans – all while failing to accomplish anything.”

Republicans’ concerns seem to be at least partially reflected in recent polling, which shows that a majority of Americans want Trump out of office before Jan. 20. But a deep rift remains among Democrats and Republicans, with 94% and 13% saying such, respectively, even as other recent polls show Trump with record-low approval ratings. 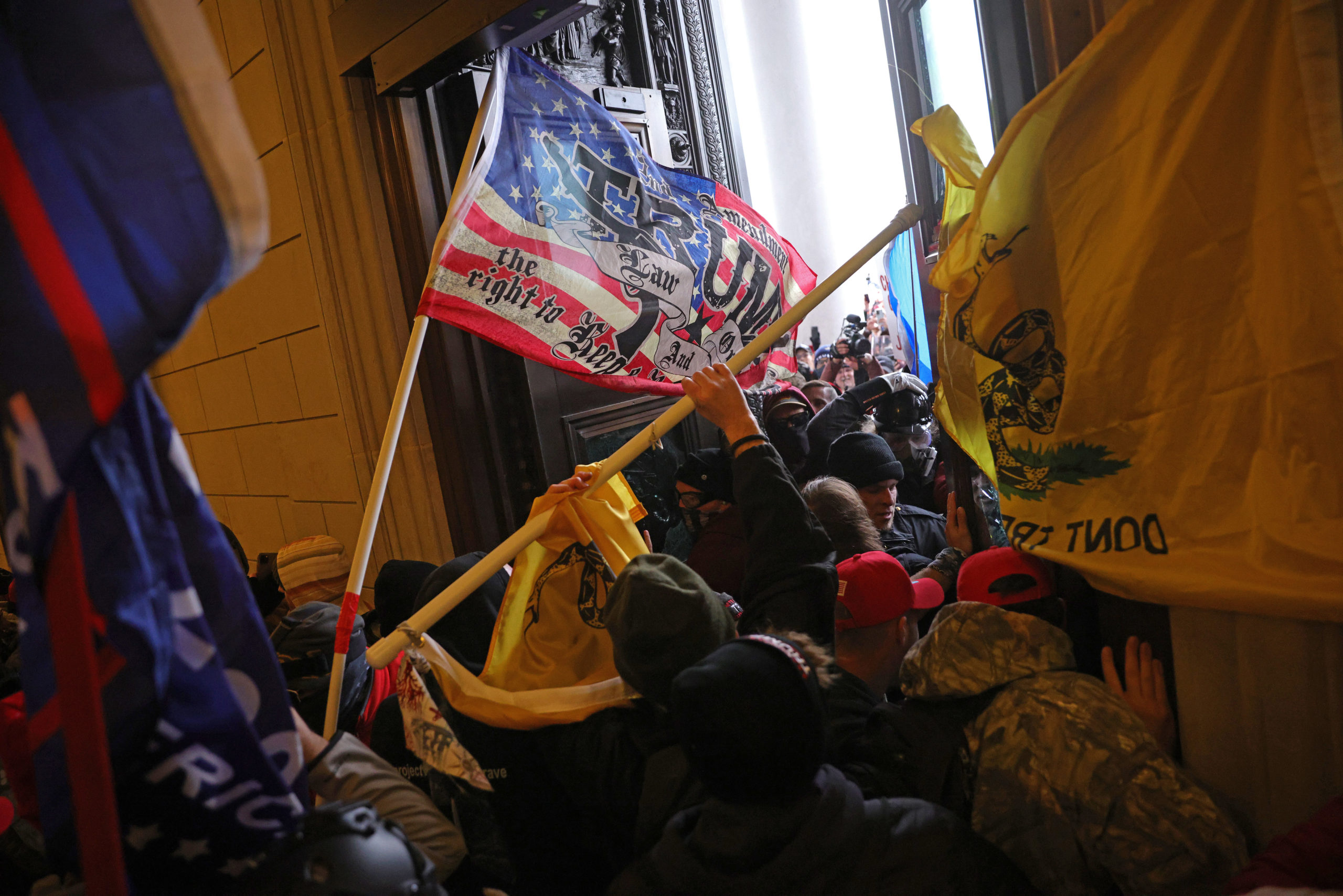 Instead of vocally supporting impeachment, Senate Republicans have expressed hope that Trump will resign before his term expires on Jan. 20, though multiple reports say that him doing so is extremely unlikely. (RELATED: ‘I Want Him Out’: Murkowski Calls For Trump’s Resignation)

Pennsylvania Sen. Pat Toomey said on Saturday that Trump “committed impeachable offenses” but questioned whether impeachment was the best path forward for the country.

“I don’t know what [the House is] going to send over and one of the things I’m concerned about, frankly, is whether the House would completely politicize something,” he said.

House Minority Leader Kevin McCarthy, who along with over 100 of his House Republican colleagues, voted to object to Biden’s wins in Arizona and Pennsylvania early Thursday morning.

“Impeaching the President with just 12 days left in his term will only divide our country more,” House Minority Leader Kevin McCarthy said Friday.

McCarthy reiterated his opposition in a letter to House Republicans on Monday, but did float the possibility of “a resolution of censure” and a commission to “investigate the circumstances surrounding the attack,” but declined to mention Trump by name.

Biden has stayed neutral when pressed on Trump’s coming impeachment, telling reporters on Friday that impeachment was “a decision for Congress to make.”

“What Congress decides to do is for them to decide, but they’re going to have to be ready to hit the ground running because when Kamala and I are sworn in we’re going to be introducing immediately significant pieces of legislation,” Biden added. (RELATED: Biden May Be Uniquely Suited To Combat The Coronavirus, Restore Trust, Veteran GOP Strategist Says) 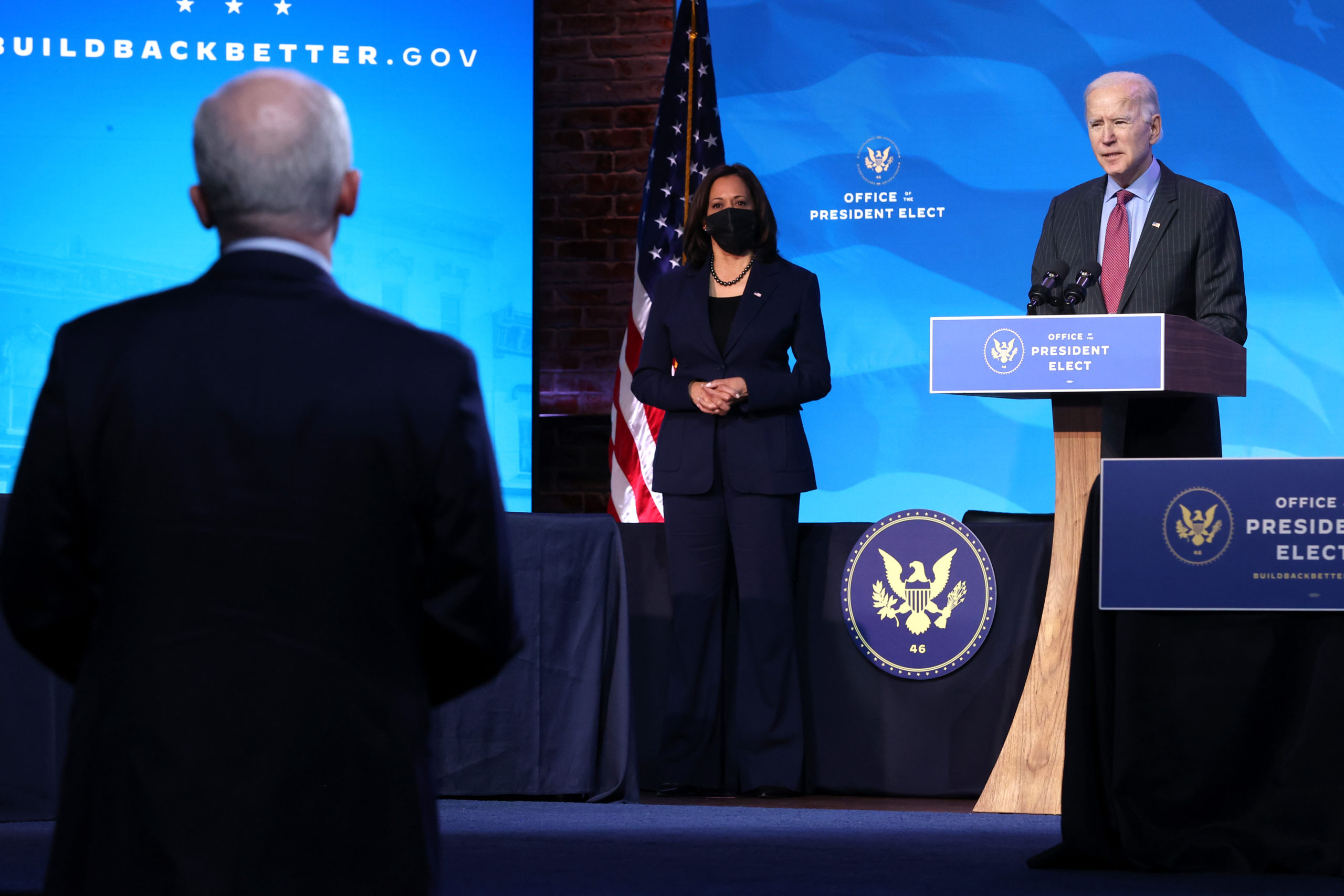 U.S. Vice President-elect Kamala Harris and U.S. President-elect Joe Biden field questions from reporters after announcing nominees of his cabinet that will round out his economic team (Chip Somodevilla/Getty Images)

But Biden has also worried whether Congress’s focus on impeachment could distract from the daunting challenges his administration will face once he takes office. He told reporters that his aides were talking with Senate parliamentarian staff about the possibility of simultaneously proceeding with impeachment and confirming his Cabinet nominees.

“Can we go half day on dealing with impeachment, and half day getting my people nominated and confirmed in the Senate as well as moving on the package?” Biden asked. “I haven’t gotten an answer from the parliamentarian yet.”

Even without an impeachment, Biden will likely begin his term without his Cabinet at the ready. Retired Gen. Lloyd Austin, his nominee for Secretary of Defense, has his confirmation hearing scheduled for Jan. 19, the first of 22 that are required.

Impeachment’s possible side-effects have led some House Democrats, including South Carolina Majority Whip Jim Clyburn, to float waiting to send the articles to the Senate to allow Biden to focus on his agenda once in office.

“Let’s give President-elect Biden the 100 days he needs to get his agenda off and running,” Clyburn said. “And maybe we will send the articles sometime after that.”