Chinese state-run media, known for its censorship of dissenting viewpoints, pointed to Big Tech’s banning of President Donald Trump as evidence that there is no country with truly free speech.

Chinese state-run media condemned Twitter and Facebook’s censorship of President Donald Trump last week, suggesting that the U.S., which is generally thought to represent democracy, isn’t democratic, according to a New York Times report. A Jan. 9 editorial published in the state-run Global Times said the systematic Big Tech crackdown proves that there are limits to free speech in “every society.”

“The banning of the US president’s social media account for ‘risks of further incitement of violence’ shows that freedom of speech does indeed have boundaries in every society, and humans are not capable of regulating freedom of speech in its full sense,” Global Times editor-in-chief Hu Xijin wrote. “This is a pity, but it’s also a reality.”

Xijin added that the social media bans of Trump are the result of a broader “degeneration” of the U.S. political system. (RELATED: Here Are The Tech Giants That Took A Stand For BLM But Are Bending The Knee To Beijing) 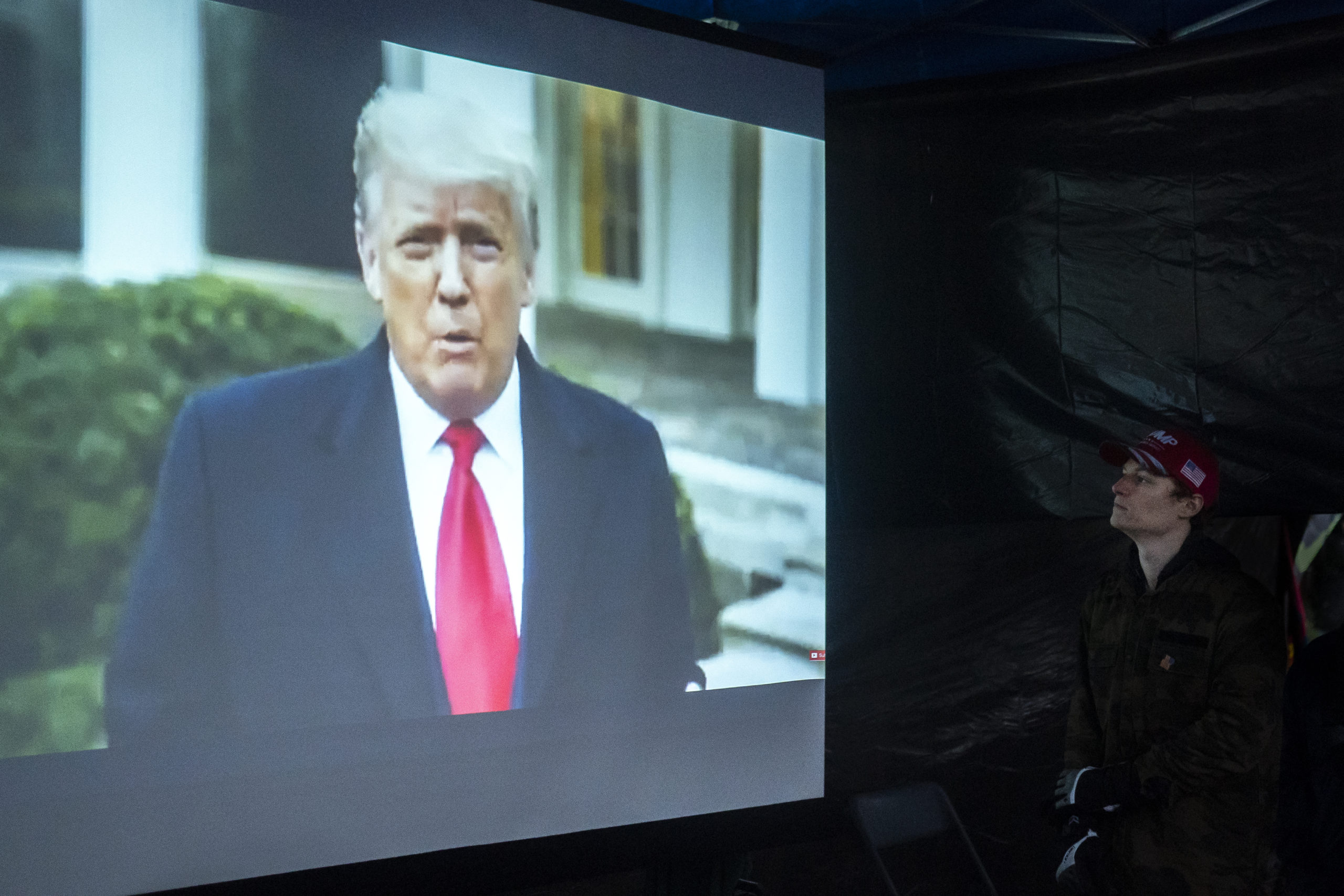 Tens of thousands conservative accounts were purged from Twitter in the aftermath of the riot.

“Legally he’s still the president,” one viral post on the popular Chinese social media platform Weibo said, according to The NYT. “This is a coup.”

“A country as big as the United States can’t tolerate Trump’s mouth,” another popular post said. “U.S. democracy has died.” 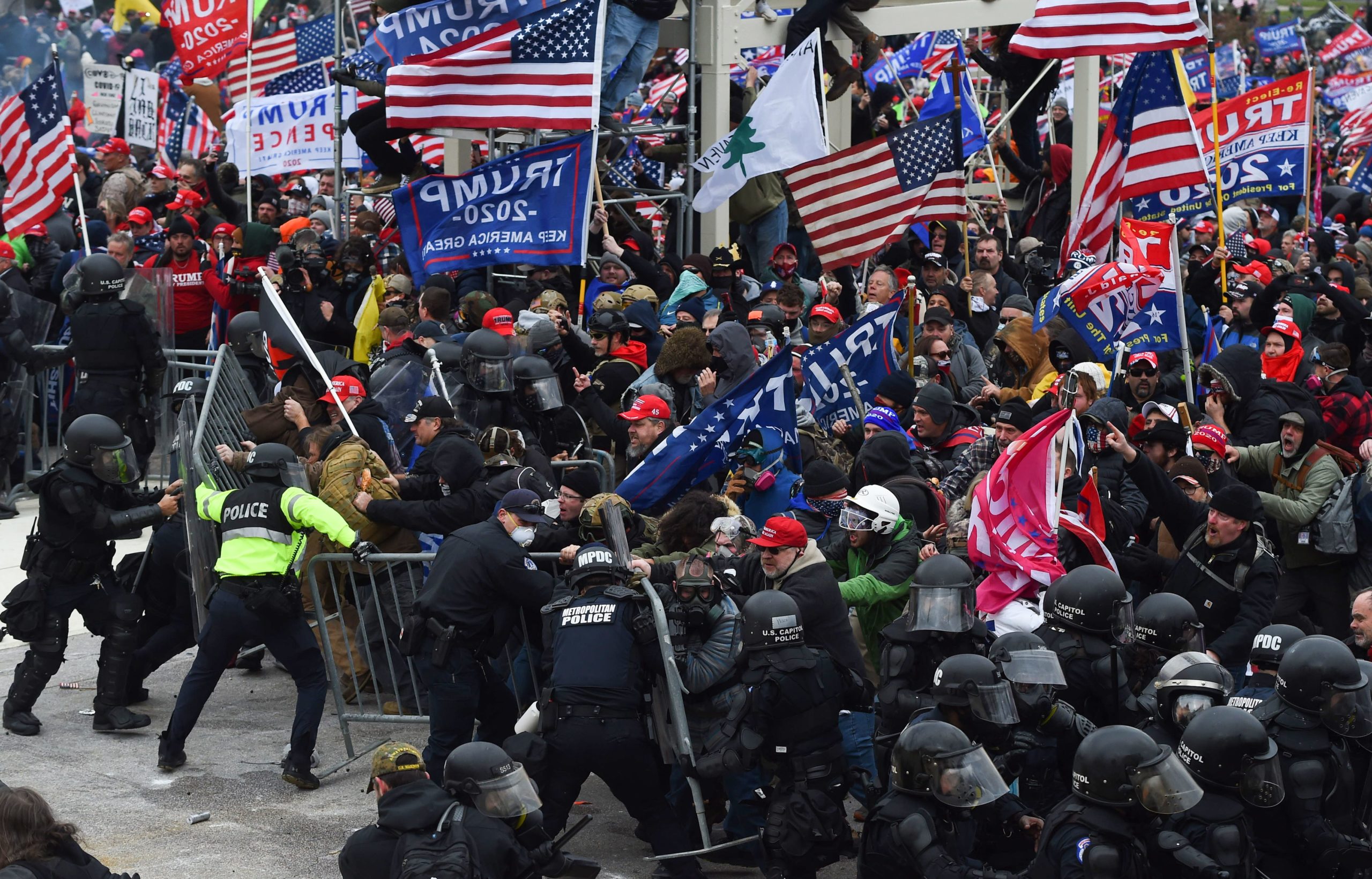 Trump supporters clash with police and security forces as they push barricades in front of the U.S. Capitol on Jan. 6. (Roberto Schmidt/AFP via Getty Images)

Another post drew a parallel between the U.S. and “Saddam’s Iraq and Gaddafi’s Libya,” The NYT reported. Political cartoonist Kuang Biao, whose drawings critical of the Chinese Communist Party have been regularly censored, was not censored when he posted a picture of Trump’s mouth sewn up.

In addition, a WeChat post written by well-known law professor He Weifang supporting censorship of Trump was removed from the platform, according to The NYT. A link to the post now leads to a warning message saying the post had “violated rules.”

“When Twitter banned Trump, it was a private platform refusing to serve the president,” a Weibo user wrote, The NYT reported. “When Weibo bans you, it’s simply executing government guidelines to censor an individual’s speech.” (RELATED: Here Are All The Ways China Lied To The World About COVID-19)

In 2016, Chinese President Xi Jinping issued new rules ordering news outlets to serve the Chinese Communist Party, removing their independence, according to an article in a state-run news outlet praising the decision.

Businessman Ren Zhiqiang was silenced on social media for criticizing Jinping’s orders, according to The NYT. In September, Zhiqiang was sentenced to 18 years in prison after he criticized China’s coronavirus response.