Democratic Michigan Rep. Rashida Tlaib called Israel a “racist state” Tuesday in response to the assertion that Palestinians in Gaza and the West Bank have been excluded from Israel’s coronavirus vaccine rollout.

“Democracy Now!” host Amy Goodman noted that Israel is the most vaccinated country in the world while Palestinians in Gaza and the West Bank have reportedly not received any vaccines from the Israeli government.

“It’s important to understand that Israel is a racist state in that they would deny Palestinians like my grandmother access to a vaccine,” Tlaib said. “That they don’t believe that she’s an equal human being that deserves to live, deserves to be able to be protected by this global pandemic.”

“It’s really important to understand that Israel is a racist state, in that they would deny Palestinians like my grandmother access to a vaccine, that they don’t believe she’s an equal human being who deserves to live.” pic.twitter.com/vPCeXjdqrZ

“It’s really hard to watch as this apartheid state continues to deny their own neighbors, the people that breathe the same air they breathe, that live in the same communities,” she continued. “I hope our country sees what the Palestinians have been trying to tell us for a very long time: that Israel has no intention of ever being caring or allowing equality or freedom for them as their neighbors. And you can see it with the distribution of the vaccines.”

More than 20% of Israel’s 9.29 million citizens have received the Pfizer-BioNTech vaccine, far outpacing any other nation, according to CNN. While the nation has moved to quickly administer the vaccine, Palestinians living in Gaza and the West Bank have not been included in the rollout, according to ABC News. Israelis living the area are being vaccinated, according to the report.

Amnesty International, a human rights group, said Israel is “ignoring its obligations” as an “occupying power” under international law and the lack of a rollout for Palestinians “exposes Israel’s institutionalized discrimination.” (RELATED: REPORT: Pharmacist Accidentally Injected With Quadruple The Amount Of COVID-19 Vaccine He Was Supposed To Receive) 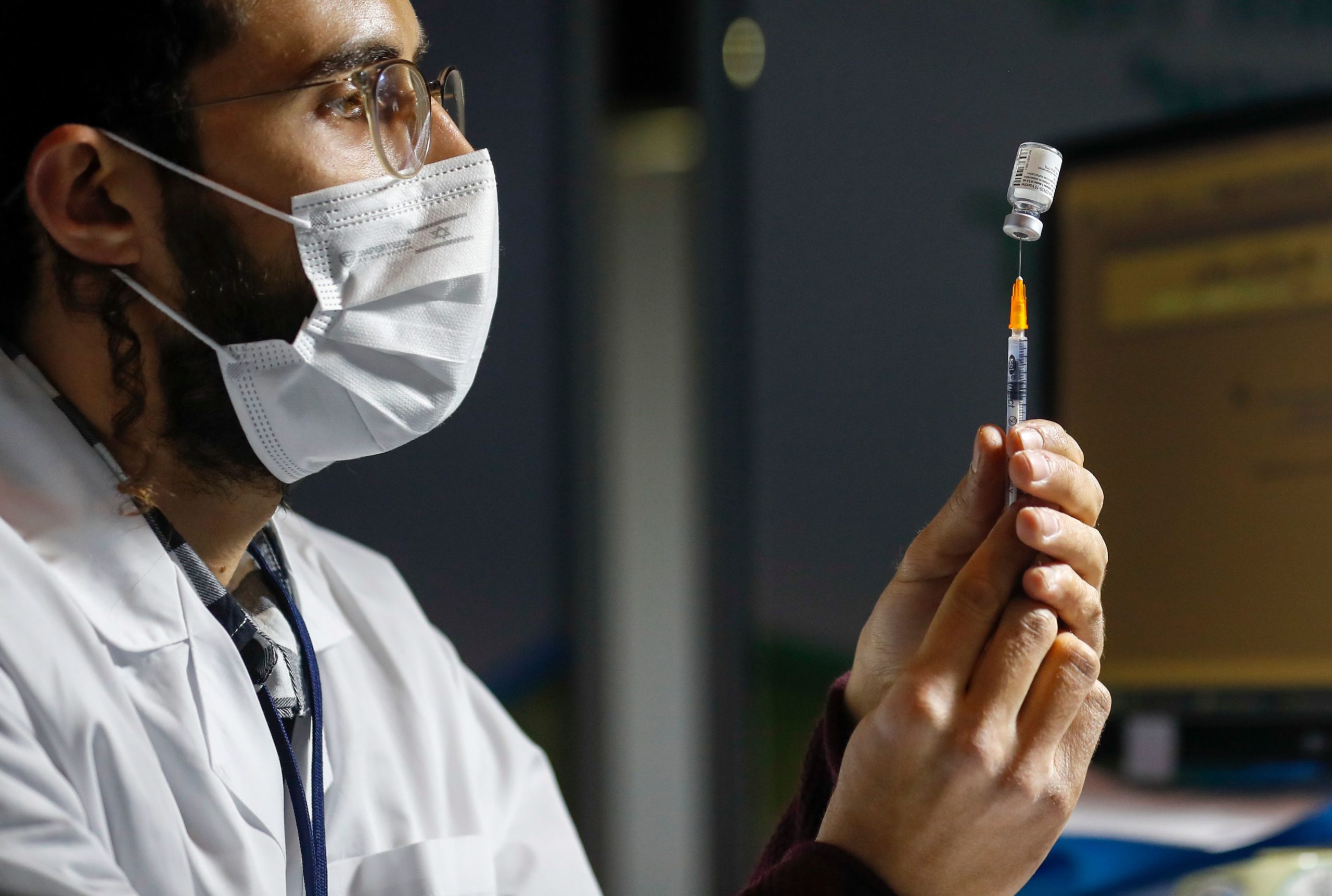 An Israeli healthcare worker prepares a dose of the COVID-19 vaccine for people queuing at the Kupat Holim Clalit clinic in Jerusalem, on January 14, 2021.  (AHMAD GHARABLI/AFP via Getty Images)

“We condemn the racism of the occupation state, which boasts about the speed of vaccinating its citizens and neglecting the legal responsibility to provide vaccines to the people under occupation,” he said.

Experts from the United Nations (UN) said it is Israel’s responsibility to vaccinate Palestinians because Israel has been the occupying power in Gaza and the West Bank since 1967 and therefore is responsible for the health care of those living there.

“The right to health is also a fundamental human rights issue,” the UN experts said. “International human rights law, which applies in full to the occupied Palestinian territory, stipulates that everyone enjoys the right to ‘the highest attainable standard of physical and mental health.’ The denial of equal access to health care, such as on the basis of ethnicity or race, is discriminatory and unlawful.”

Israeli Health Minister Yuli Edelstein said that once Israelis are vaccinated, any leftover vaccines will be given to their “neighbors,” according to CNN.

“Our calculation was based on Israeli citizens. If we’ll get to the situation where everyone in the country who wants to be vaccinated is vaccinated, we will be more than ready to share the vaccine with our neighbors,” Edelstein said according to CNN.

“At this stage we are talking about Israeli citizens,” Edelstein told CNN. “I haven’t heard of any obligation of Israel to pay for the vaccines for someone else.”