Republican Missouri Sen. Josh Hawley said Tuesday that he will not run for President in 2024, hinting he will focus on his work in the Senate.

In a hallway interview with Business Insider, Hawley said “No, I’m not running,” when asked if he would be running in 2024. Hawley was considered to be one of the Republicans eyeing a 2024 presidential run. Hawley has made a name for himself throughout the country for his hawkish stances against China and Big Tech. 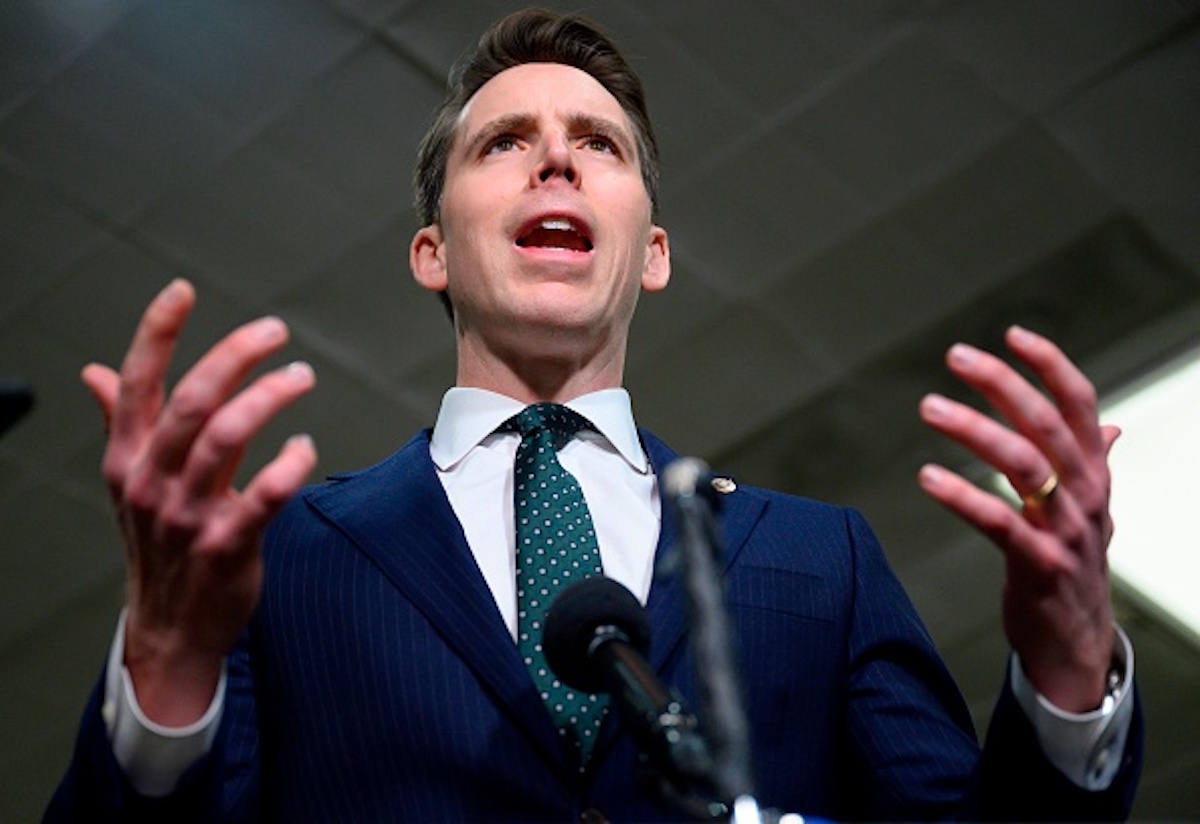 Senator Josh Hawley (R-MO) speaks to the press during a break in the Senate impeachment trial of Trump at the US Capitol in Washington, DC, January 23, 2020. (Photo by ANDREW CABALLERO-REYNOLDS/AFP via Getty Images)

Hawley recently had his book deal with Simon & Schuster canceled after the pro-Trump riot on Jan. 6 at the U.S. Capitol, however, it was picked up by the conservative publisher Regnery. (RELATED: Hawley Signs With New Publisher After Simon & Schuster Canceled His Book Deal)

In early January, Hawley said a group of Antifa members threatened, vandalized and pounded on his door while his wife and newborn daughter were inside at night. (RELATED: Here Are The Republicans To Keep An Eye On For 2024)

Hawley became the first Senator to say he would object during Congress’s counting of the Electoral College vote on Jan. 6.