President Joe Biden’s choice to head Asia policy Kurt Campbell served on the board of the U.S.-China Strong Foundation as vice chairman until August 2020, The Washington Free Beacon reported. The group is funded by Chinese-American philanthropist Florence Fang, a leader of the National Association for China’s Peaceful Unification (NACPU), which is controlled by China’s international propaganda agency the United Front Work Department (UFWD).

“The indicators suggest that the U.S.-China Strong Foundation could be a [Chinese Communist Party (CCP)] front group, or so heavily influenced by the CCP as to be tantamount to a front group,” Anders Corr, an intelligence analyst, told the Free Beacon. (RELATED: Biden Says He’ll Be Tough On China — His Record Says Otherwise. Here’s How Biden Got It All Wrong On China)

The UFWD works to “co-opt and neutralize sources of potential opposition to the policies and authority of its ruling [CCP],” according to a 2018 U.S.-China Economic and Security Review Commission report. The department works to suppress opposition groups in China and to conduct influence operations on foreign soil. 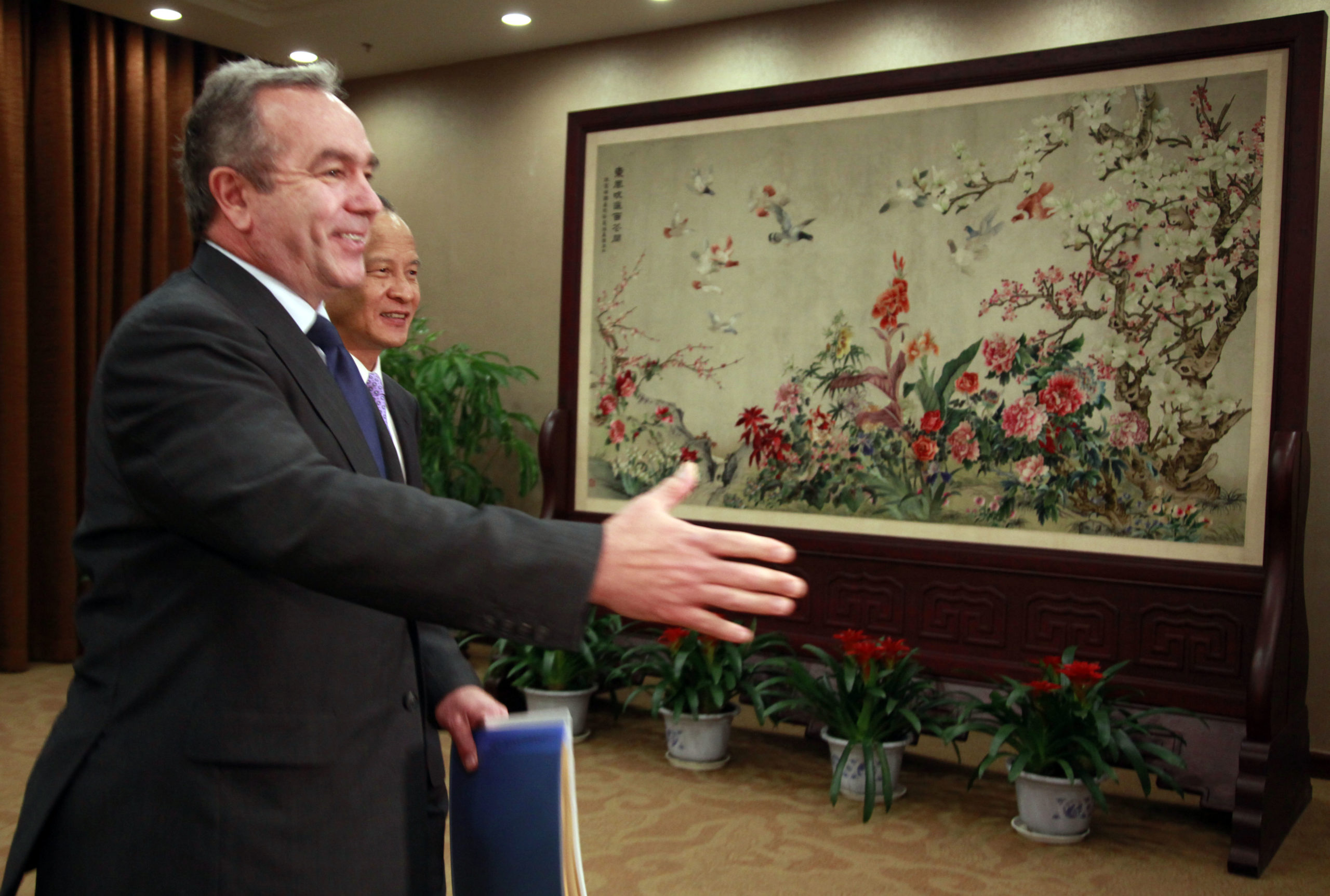 Campbell’s U.S.-China Strong Foundation has previously appeared to celebrate CCP achievements and policy priorities, according to the Free Beacon. The foundation celebrated the 90th birthday of the People’s Liberation Army and, on multiple occasions, Beijing’s Belt and Road Initiative, an infrastructure project that was recently condemned by the State Department.

The NACPU supports the “One China Principle,” the idea that Taiwan is a territory belonging to China. The State Department designated the NACPU a foreign mission in October, Reuters reported.

In August, around the same time as Campbell left U.S.-China Strong, the foundation’s website appeared to vanish, according to the Free Beacon. The website currently leads to a webpage that says the domain cannot be found.

The foundation’s Twitter profile says its mission is to “strengthen American capacity to understand China by investing in a new generation of leaders who have the knowledge and skills to engage with China.”

Campbell spearheaded the the group’s founding in 2013, the Free Beacon reported. Other leaders of the foundation include Ronnie Chan, a former Hong Kong government official and registered foreign agent of the Chinese government, and Cindy Mi, whose educational company fired teachers for teaching about the Tiananmen Square massacre, according to The Epoch Times.