The U.S. economy contracted 3.5% in 2020 due to the coronavirus pandemic, marking the nation’s worst economic performance since the end of World War II.

The U.S. gross domestic product (GDP), which measures net services and goods produced by a country, fell 3.5% in 2020 compared to the 2.2% increase in 2019, according to a Bureau of Economic Analysis (BEA) report released Thursday. The overall decline came despite 4% growth in the fourth quarter, the period from October to December, and 38.3% growth in the third quarter, the period from July to September.

“The virus is in the driver’s seat — there’s no getting around it,” Daniel Zhao, senior economist and data scientist at Glassdoor, told The Wall Street Journal. “Until we control the pandemic, we can’t hope for a full recovery economically.” (RELATED: US Sees Largest Rise In Poverty Rate In 50 Years Amid Pandemic)

The 2020 GDP decline was the worst economic performance since 1946 when the U.S. economy shrank 11.6%, according to BEA data. The post-World War II budget cuts made by former President Harry Truman’s administration were a catalyst for the GDP’s sharp decline, according to The Balance. 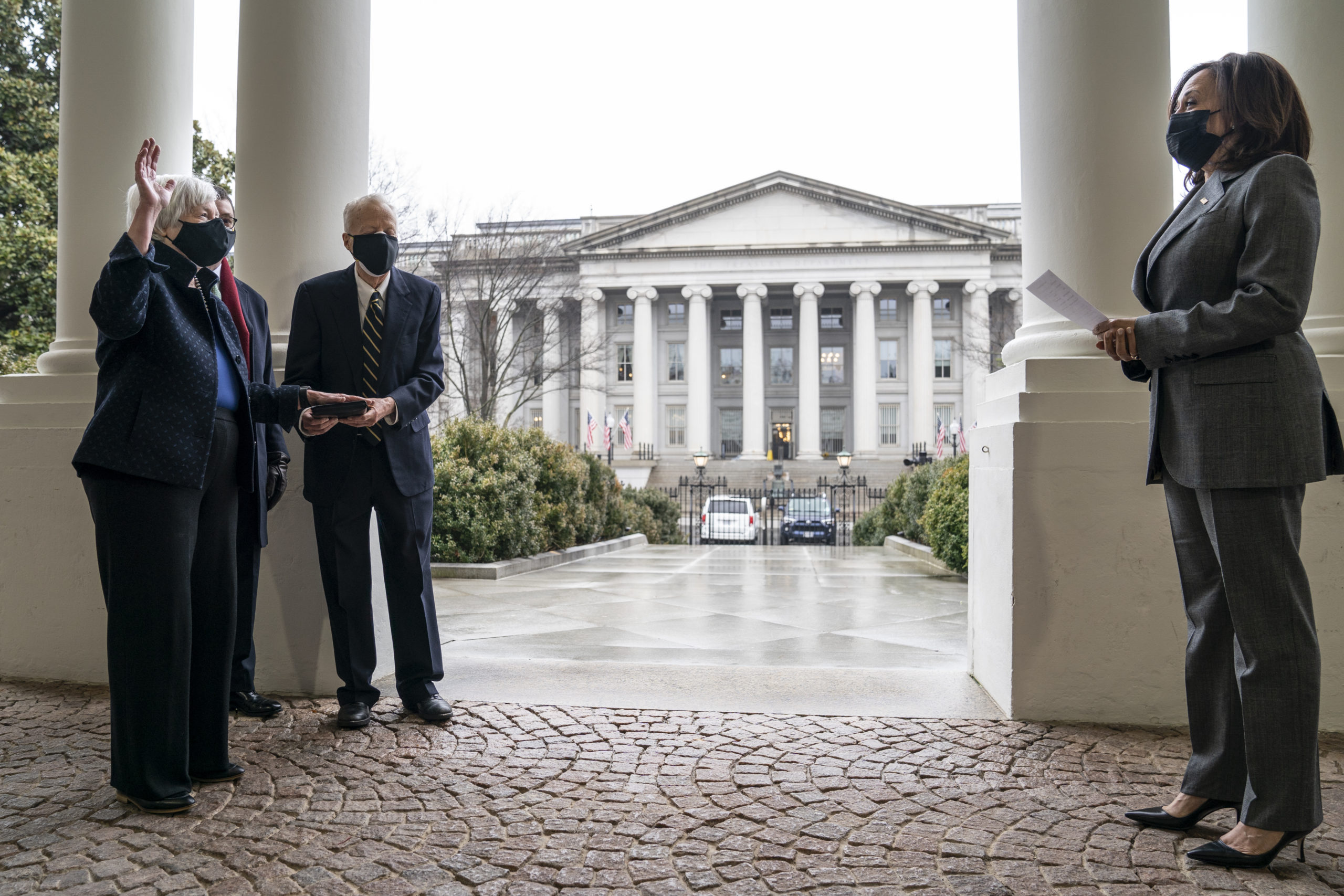 With the Treasury building behind them, Vice President Kamala Harris participates in a ceremonial swearing-in of new Treasury Sec. Janet Yellen on Monday in Washington, D.C. (Drew Angerer/Getty Images)

The economy shrank 2.75% in 2009 amid the Great Recession, BEA data also showed.

Economic indicators suggest that GDP will show significant economic growth in 2021, according to MarketWatch. The International Monetary Fund (IMF) raised its U.S. economic forecast for 2021 to 5.1% on Tuesday. The IMF projected global GDP to grow 5.5%.

“We expect there to be plenty of growth over the late spring and summer as the service sector of the economy ramps back up,” Daniil Manaenkov, an economic forecaster at the University of Michigan, told the WSJ.

The president inherited an economy that has been sluggish in recent weeks and months. The U.S. lost 140,000 jobs in December, marking the first jobs loss since April, according to Department of Labor (DOL) data released Jan. 8.