President Joe Biden told reporters Thursday that he thinks that House impeachment managers’ Wednesday arguments might change some minds on whether or not the Senate should convict former President Donald Trump.

The president’s comments came during an Oval Office spray where he clarified that, as promised, he did not watch any of Wednesday’s proceedings live. (RELATED: ‘Pretty Damning’ — Lisa Murkowski And Lindsey Graham React To New Capitol Riot Footage) 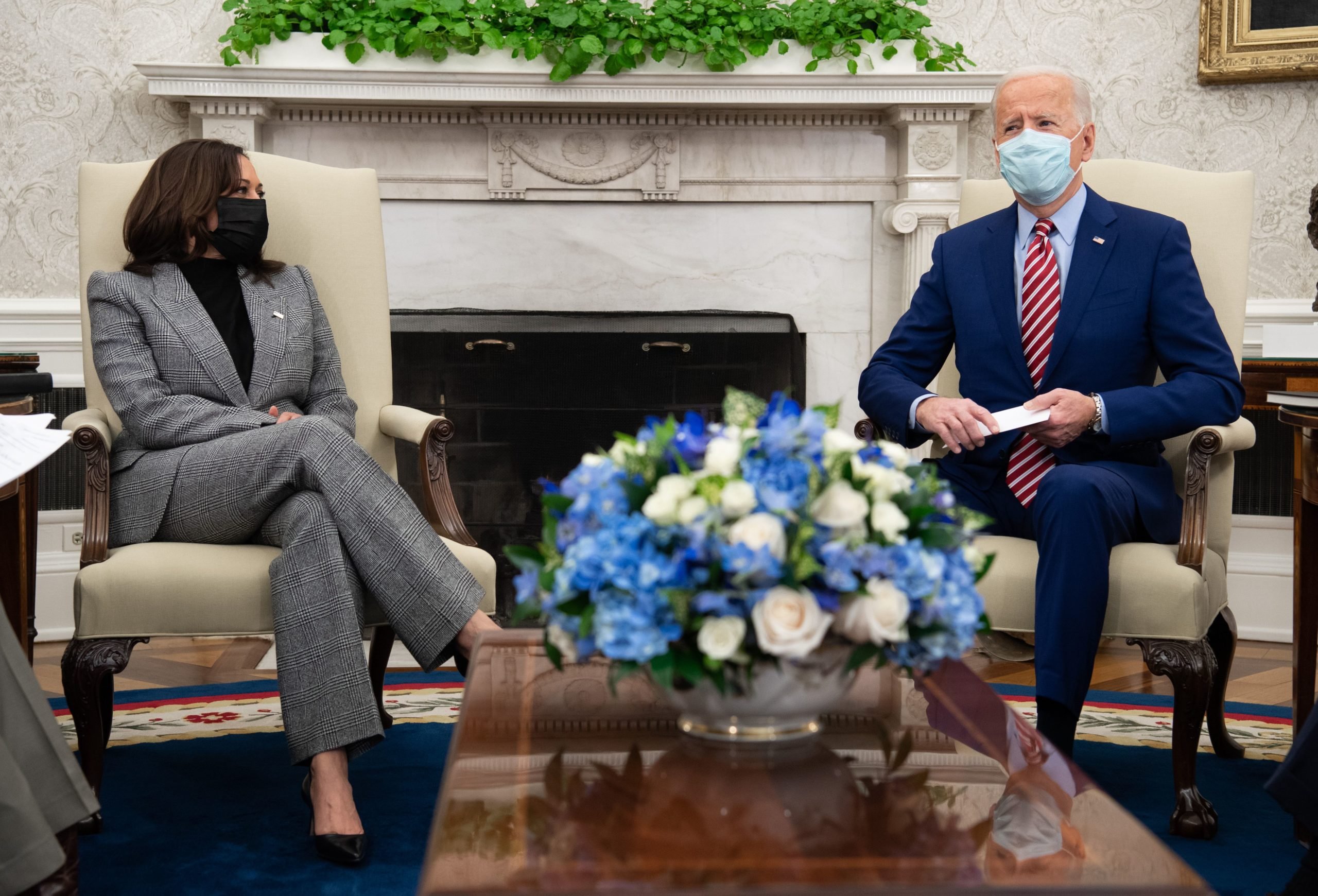 US President Joe Biden speaks alongside US Vice President Kamala Harris (L), as he holds a meeting with US Senators, about infrastructure improvements, in the Oval Office of the White House in Washington, DC, February 11, 2021. (Photo by SAUL LOEB/AFP via Getty Images)

“I’m focused on my job,” Biden responded when asked about the trial. “To deal with the promises I made. And we all know we have to move on.”

He explained that he did see some of the new security camera footage from the Capitol riot that Democrats played during the trial because he was working “straight through last night until a little after nine.

“I think the senate has a very important job to complete,” Biden continued. “My guess is some minds may have been changed, but I don’t know.”

The president and White House press secretary Jen Psaki have repeatedly declined to offer a definitive stance on whether Trump should be barred from future office.

Psaki told reporters Wednesday that the White House is “not going to weigh in” on questions about the trial, and that Biden will trust whatever determination the Senate reaches.