McConnell shared the news in a letter with Senate Republicans, telling them he does not believe there is enough evidence to impeach Trump. McConnell had not previously said how he would vote.

“While a close call, I am persuaded that impeachments are a tool primarily of removal and we therefore lack jurisdiction,” McConnell wrote, Politico reported.

“The Constitution makes it perfectly clear that Presidential criminal misconduct while in office can be prosecuted after the President has left office, which in my view alleviates the otherwise troubling ‘January exception’ argument raised by the House,” McConnell continued. 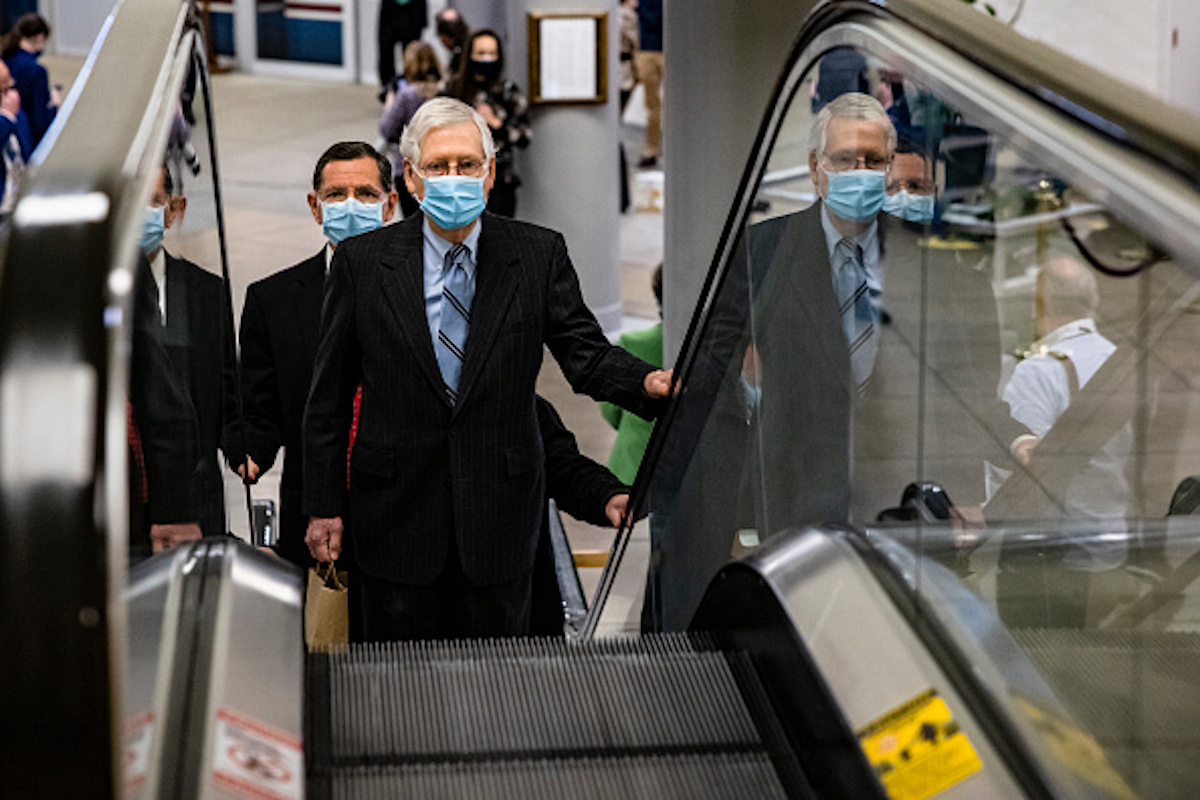 Senate Minority Leader Mitch McConnell (R-KY) walks through the Senate subway on his way to the fourth day of the Senates second impeachment trial of former President Donald Trump at the U.S. Capitol on February 12, 2021 in Washington, DC. (Photo by Samuel Corum/Getty Images)

Senate Majority Leader Chuck Schumer on Thursday left on the table the option of invoking the 14th Amendment to ban Trump from office if he is not convicted in the Senate impeachment trial. (RELATED: Schumer Leaves 14th Amendment On The Table If Trump Is Not Convicted In Senate)

Shortly after, McConnell said that he hadn’t spoken to Trump since Dec. 15, as some reported that McConnell has said he does not want to speak to Trump again after the Jan. 6 Capitol riot.