A court in Bangladesh sentenced five members of an al Qaida-inspired terrorist group to death for the killing of a secular American blogger.

Avijit Roy, a Bangladeshi-born U.S. citizen, was hacked to death with machetes as he left a book fair in Dhaka in February 2015. Roy’s wife Rafida Ahmed, also a blogger, suffered head injuries from the attack and lost a finger, Reuters reported. 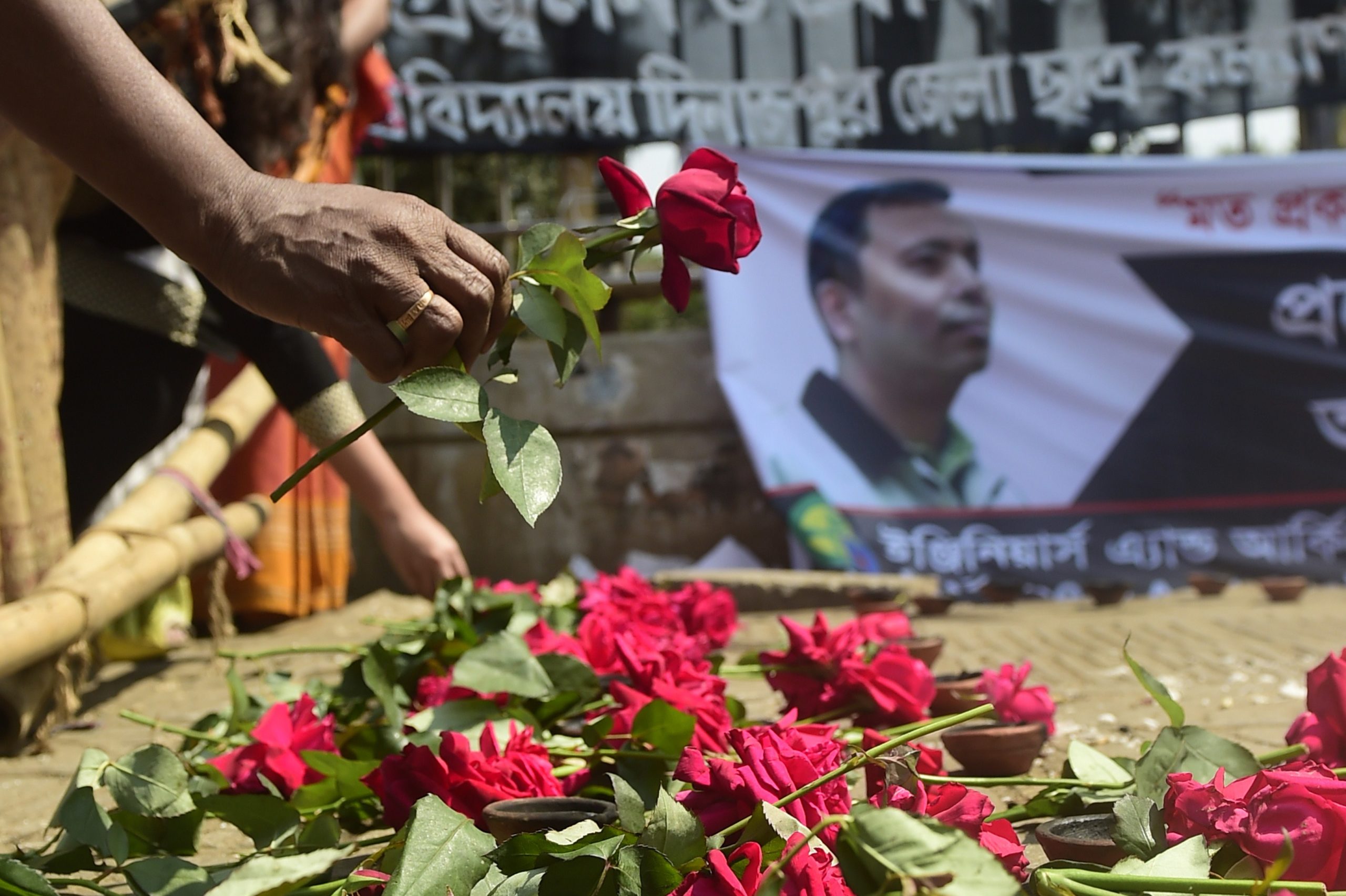 A Bangladeshi social activist pays his last respects to Avijit Roy, slain American blogger of Bangladeshi origin and founder of the Mukto-Mona (Free Mind) blog site, in Dhaka on March 6, 2015 after he was hacked to death by unidentified assailants in the Bangladeshi capital on February 26. (Munir Uz Zaman/AFP via Getty Images)

Ansar al-Islam, a group linked to al-Qaida that is banned in Bangladesh, was determined to have been behind the attack. Public prosecutor Golam Sarwar Khan said six men were convicted in connection to the attack, and that the terror group was behind more than a dozen murders of secular activists and bloggers, according to Reuters. (RELATED: Bangladesh Approves Death Penalty For Rapists)

“Charges against them were proved beyond any doubt. The court gave them the highest punishment,” Khan said after the verdict at the Special Anti-Terrorism Tribunal in the Dhaka, Reuters reported. 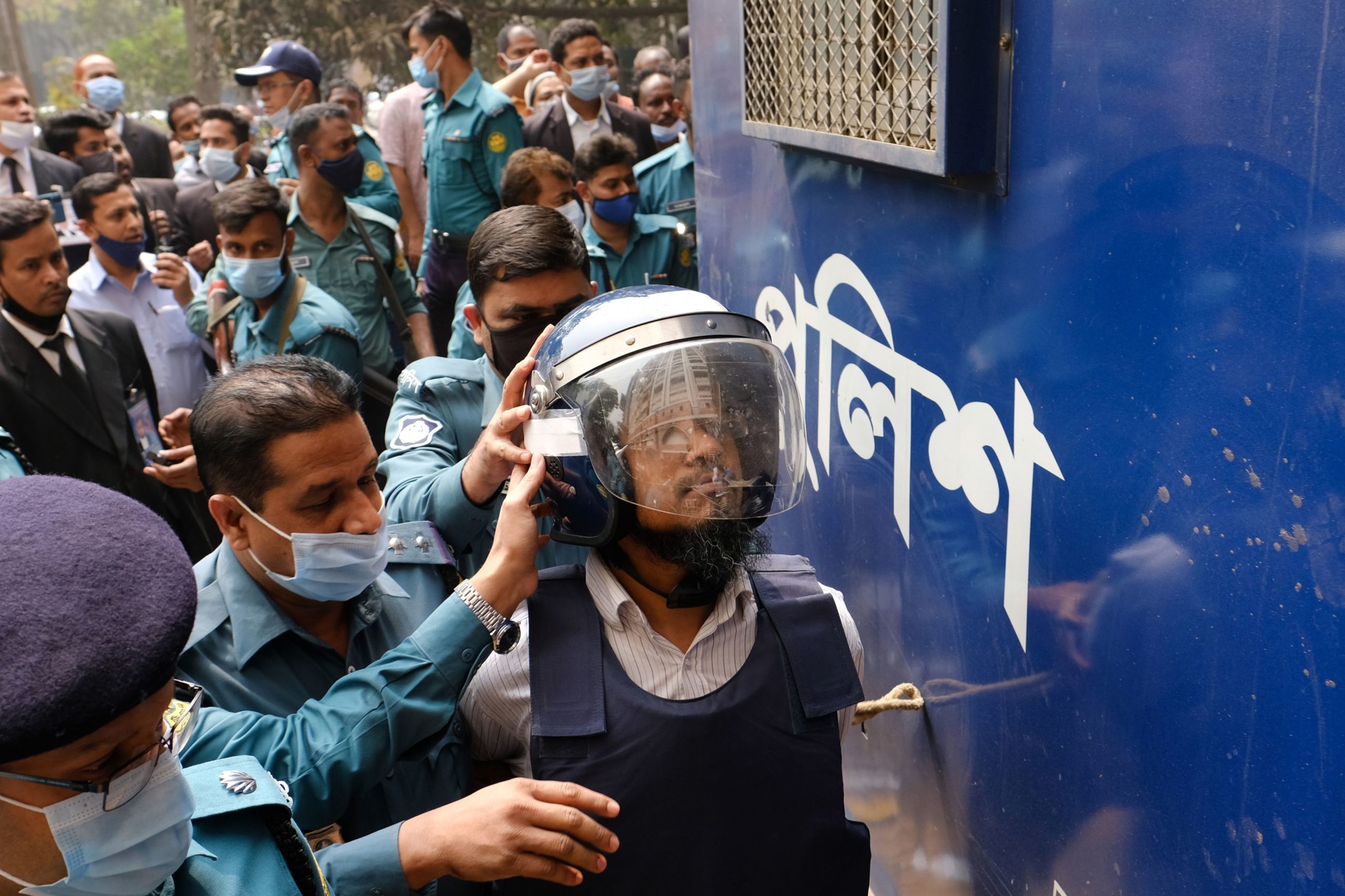 Police escort a convicted man after a Bangladesh anti-terrorism court sentenced five Islamist extremists to death over the brutal murder of Avijit Roy, a Bangladeshi-American writer and rights activist, in Dhaka on February 16, 2021. (Photo by Sazzad Hossain/AFP via Getty Images)

Haque and Akram Hossain were tried in absentia because they were still on the run, according to the BBC.

One man, Shafiur Rahman Farabi, was sentenced to life in prison after being arrested in connection with the attack in March 2015, and in June 2016, police fatally shot the main suspect in Roy’s murder, the BBC reported.

Roy was an atheist who angered radicals with his writing that focused on religion, according to the BBC.

The attack was among several targeting secular activists and religious minorities, and police believe groups inspired by al-Qaida and ISIS were behind a string of attacks that occurred in the country between 2013 and 2016.

The deadliest attack came in July 2016, when gunmen killed 22 people, mostly foreigners, in a Dhaka cafe that was popular among expats and wealthy locals.

The government responded with a crackdown on suspected Islamists as part of the country’s effort to preserve its image as a moderate Muslim nation, according to Reuters. More than 100 suspected militants were killed in raids and hundreds were arrested. 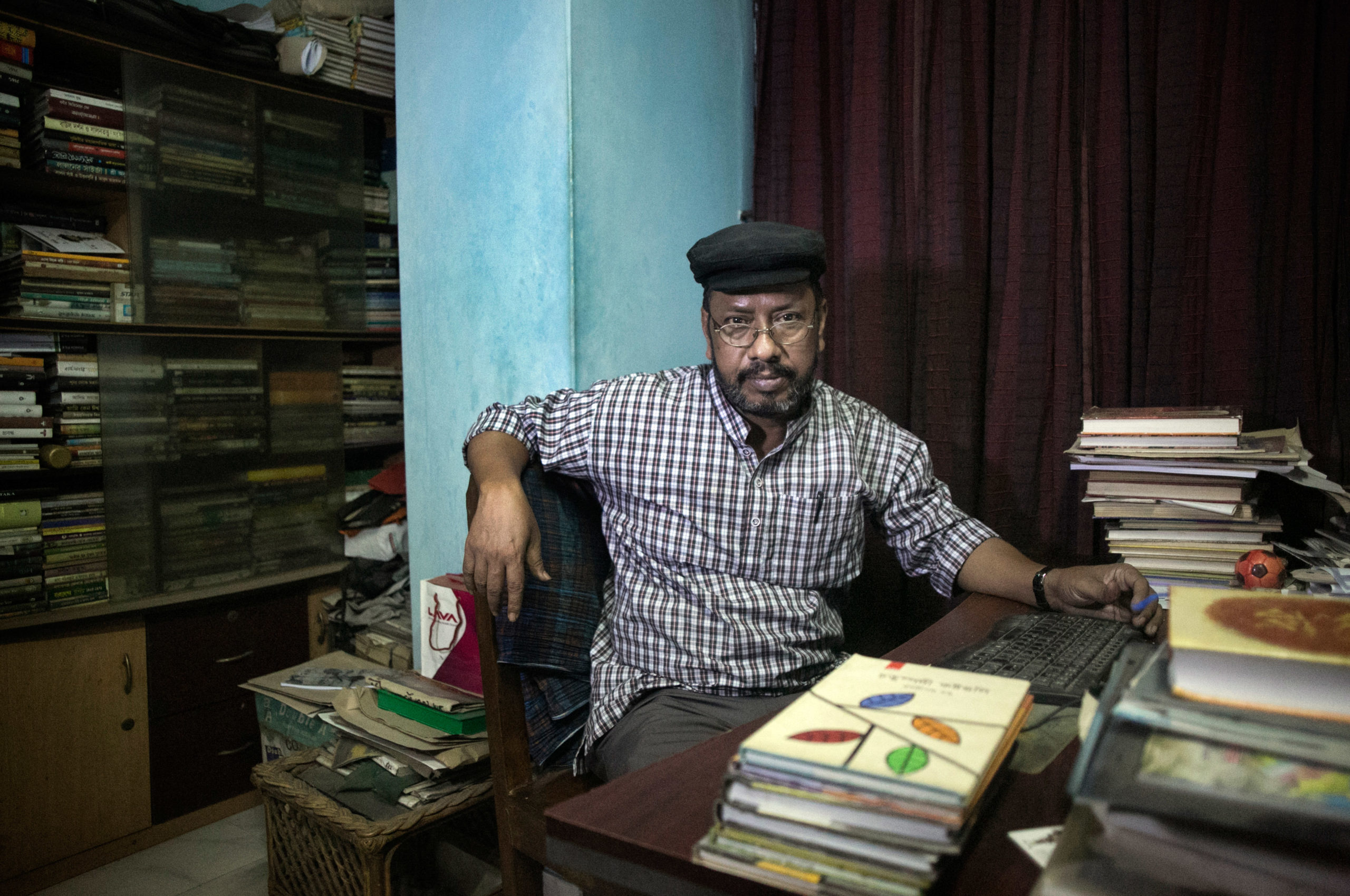 Blogger and author Ranadipan Basu poses for a photo on March 21, 2016 in an unspecified city in Bangladesh. Basu was stabbed 9 times last year on the same day of the attack that killed Avijit Roy’s publisher, Faisal Abedin Deepan, and left two other writers severely injured. (Photo by Allison Joyce/Getty Images)

Eight Islamic militants were sentenced to death Wednesday for the 2015 killing of Faisal Abedin Deepan and Ahmed Rashid Tutul, who published books on secularism and atheism and were Roy’s publishers.