A recent survey shows that an overwhelming amount of Minneapolis residents don’t feel safe in their city, and more than half have considered leaving due to their concerns, WCCO reported.

The survey, conducted by the Downtown Neighborhood Association, found that 90% of Minneapolis residents who live downtown feel less safe, and 70% say their family and friends are afraid to visit them in the city. Safety concerns have pushed 60% of downtown residents to consider leaving, WCCO reported.

Minneapolis was the scene of unrest in May and throughout the summer, when protests following the death of George Floyd turned violent and resulted in more than 250 buildings in Minneapolis and St. Paul being damaged or looted. 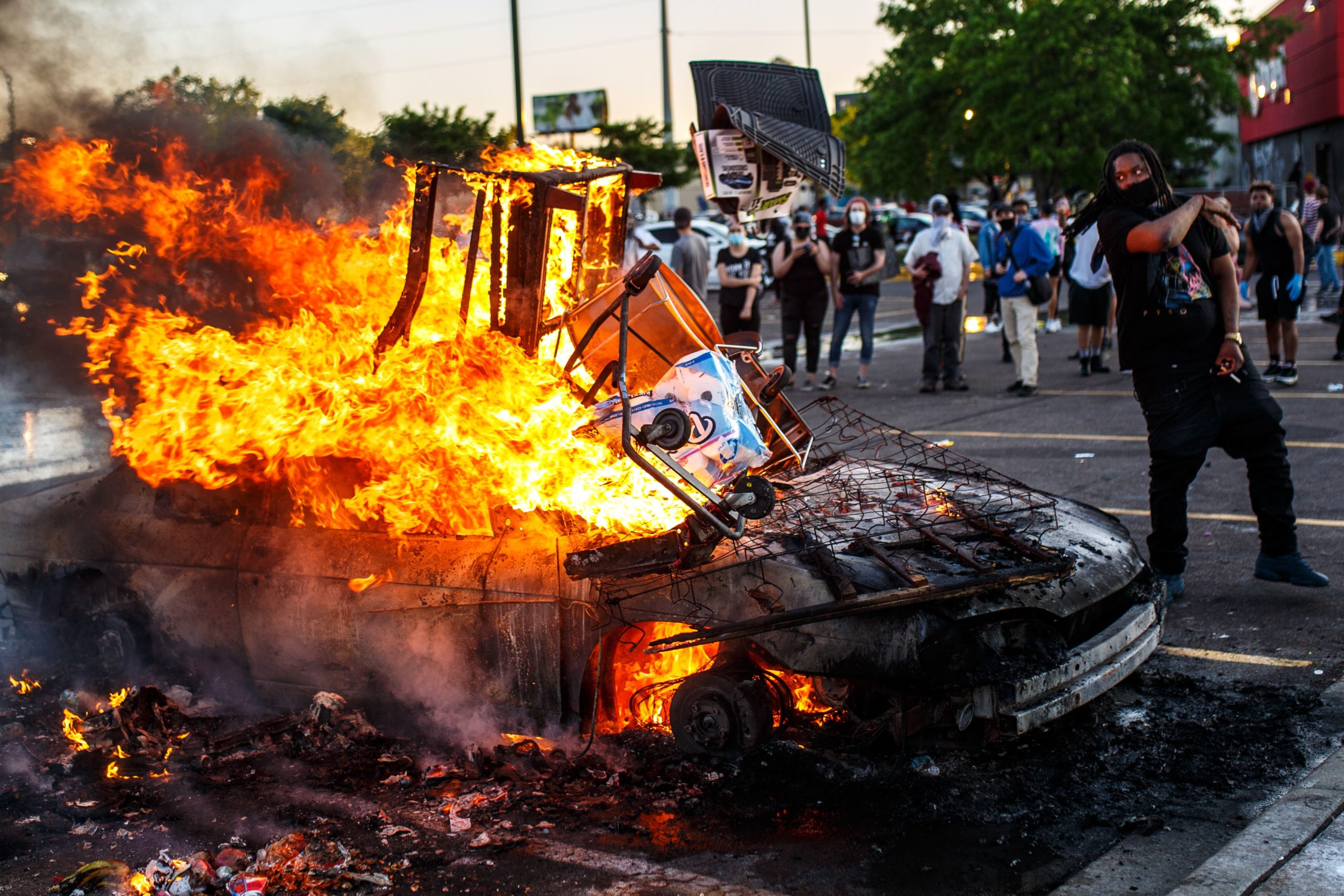 Protesters throw objects into a fire outside a Target store near the Third Police Precinct on May 28, 2020 in Minneapolis, Minnesota, during a demonstration over the death of George Floyd. (Photo by KEREM YUCEL/AFP via Getty Images)

“What we found is people are walking significantly less. They feel constricted in that they’re not able to do all those things that they would like to do,” Merv Moorhead of the Downtown Minneapolis Neighborhood Association said, according to WCCO.

The Downtown Neighborhood Association is a nonprofit that represents people who live, work, or own property in downtown Minneapolis.

The survey indicates that public safety will be a primary concern in elections for mayor and city council. The city council voted to cut millions from the police department for 2021 and to allocate funds to violence prevention and community programs instead.

Following Floyd’s death, the city council proposed dismantling the police department. The proposal did not appear on November ballots for voters to decide on the issue because a Charter Commission chose to take additional time to review the proposal after determining in August that it was rushed and gave the city councils too much power.

A group of Minneapolis residents sued the city council and Mayor Jacob Frey in August for failing to manage the city’s police force amid a surge in violent crime. (RELATED: ‘You Can Hear Gunshots’: Minneapolis Residents Sue City For Failing To Adequately Staff Police Amid Crime Surge) 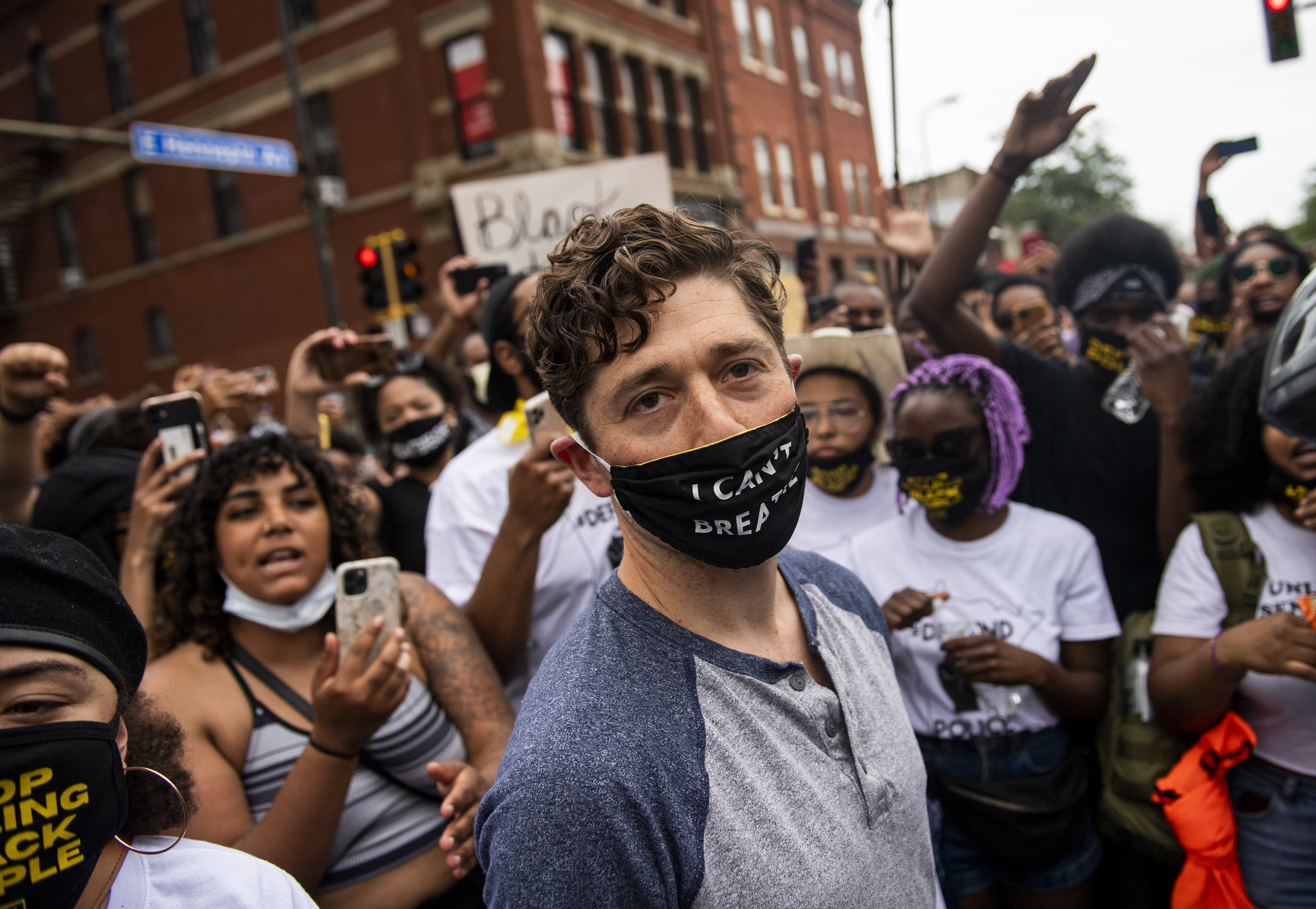 Minneapolis Mayor Jacob Frey leaves after coming out of his home to speak during a demonstration calling for the Minneapolis Police Department to be defunded on June 6, 2020 in Minneapolis, Minnesota. Mayor Frey declined when he was asked if he would fully defund the police and was then asked to leave the protest. (Photo by Stephen Maturen/Getty Images)

Reports of carjackings increased by over 500%, murders are up over 50%, and over 500 people have been shot in Minneapolis this year, the Daily Caller News Foundation reported.

“This wasn’t a random sample and the instructions in the survey told people not to consider COVID,” Minneapolis city council member Steve Fletcher, a leader of the defund the police movement, said, according to WCCO.

“This survey says that people don’t want alternative responses, they want a police officer responding to their call, not a social worker,” WCCO’s Esme Murphy said in response to Fletcher.