The World Health Organization recently concluded its six-week investigation into the origins of the coronavirus, but some of its conclusions, including that the virus did not jump to humans before December 2019 and that it was “extremely unlikely” that it originated in a lab, have solicited skepticism from scientists.

Some of the scientific doubt, however, was not in response to the WHO, but to China’s unwillingness to provide holistic data regarding the appearance and early spread of the virus throughout Wuhan. While Chinese officials identified more than 72,000 people who had COVID-19-like symptoms between October and December 2019, World Health Organization investigators said, they only further evaluated 92 and did not disclose why over 99% of them forwent additional tests.

The investigative team, led by Dr. Ben Embarek, said that they repeatedly pressed the Chinese for the criteria that they used to drastically narrow the cases that were further studied, but to no avail. Of the 92, just 67 were submitted to serology tests by Chinese scientists, all of which came back negative, Embarek said before adding that further research was needed to be able to confidently conclude that the virus did not transmit to humans before December.

“We assessed all of this work and suggested further studies,” Embarek told Science Magazine after the conclusion of the WHO’s preliminary investigation, saying that additional tests could determine whether those 92 cases were really negative and that “going down from 72,000 to 92 shows that the criteria were perhaps a bit too stringent.”

The criteria used, and China’s unwillingness to provide it in detail to the WHO’s investigative team, raises doubts as to whether the coronavirus was first transmitted to humans on Dec. 31, 2019 as Wuhan’s Municipal Health Commission originally reported. Chinese government records have also shown that the coronavirus was traced back to at least November 2019, according to the South China Morning Post.

“This is so politically fraught,” Maureen Miller, an infectious disease epidemiologist at Columbia University, told The Wall Street Journal. “It was probably circulating much more widely than they believed.”

“The fact that there were multiple cases in Wuhan at the start of December 2019, together with the fact that there were multiple origins — market-related and non-market-related — indicates that the virus entered humans before the start [of the month],” Dr. Richard Ebright, the Board of Governors Professor of Chemistry and Chemical Biology at Rutgers University and Laboratory Director at the Waksman Institute of Microbiology, told the Daily Caller News Foundation. (RELATED: Can The WHO’s COVID-19 Investigation Be Trusted? Some Experts Say No) 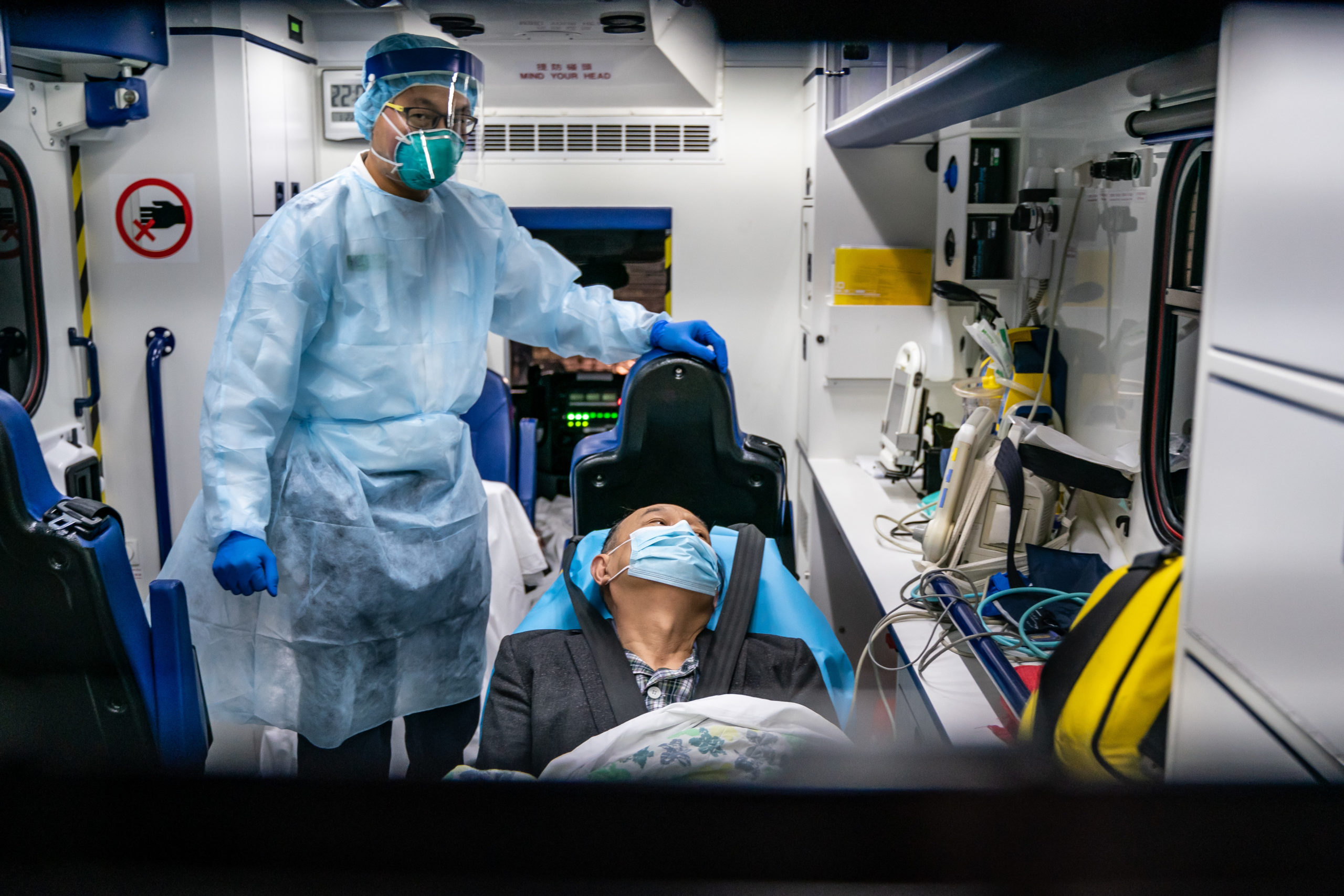 A patient is transferred by an ambulance to the Infectious Disease Centre of Princess Margaret Hospital on January 22, 2020 in Hong Kong, China. (Anthony Kwan/Getty Images)

In addition to the multiple cases found in Wuhan in early December, Italian researchers recently found evidence that the virus had spread to a four-year-old boy who was treated for vomiting and respiratory symptoms on Nov. 30, 2019, meaning that the virus had spread beyond China before December. Another U.S.-based study found that the coronavirus may have arrived in America in December 2019, almost a month earlier than was previously thought.

While China has repeatedly denied that the coronavirus jumped to humans before December 2019, Ebright said that its denial was based on politics, not science. (RELATED: China Finally Acknowledges Undercounting Coronavirus Deaths)

“The Chinese government appears to be pushing the unsound and unpersuasive narrative that the virus appeared in Wuhan only after the start of December in order to bolster its absurd but heavily promoted, propaganda claim that the virus first entered humans outside China and only later reached it through international travel or through frozen food,” Ebright said. 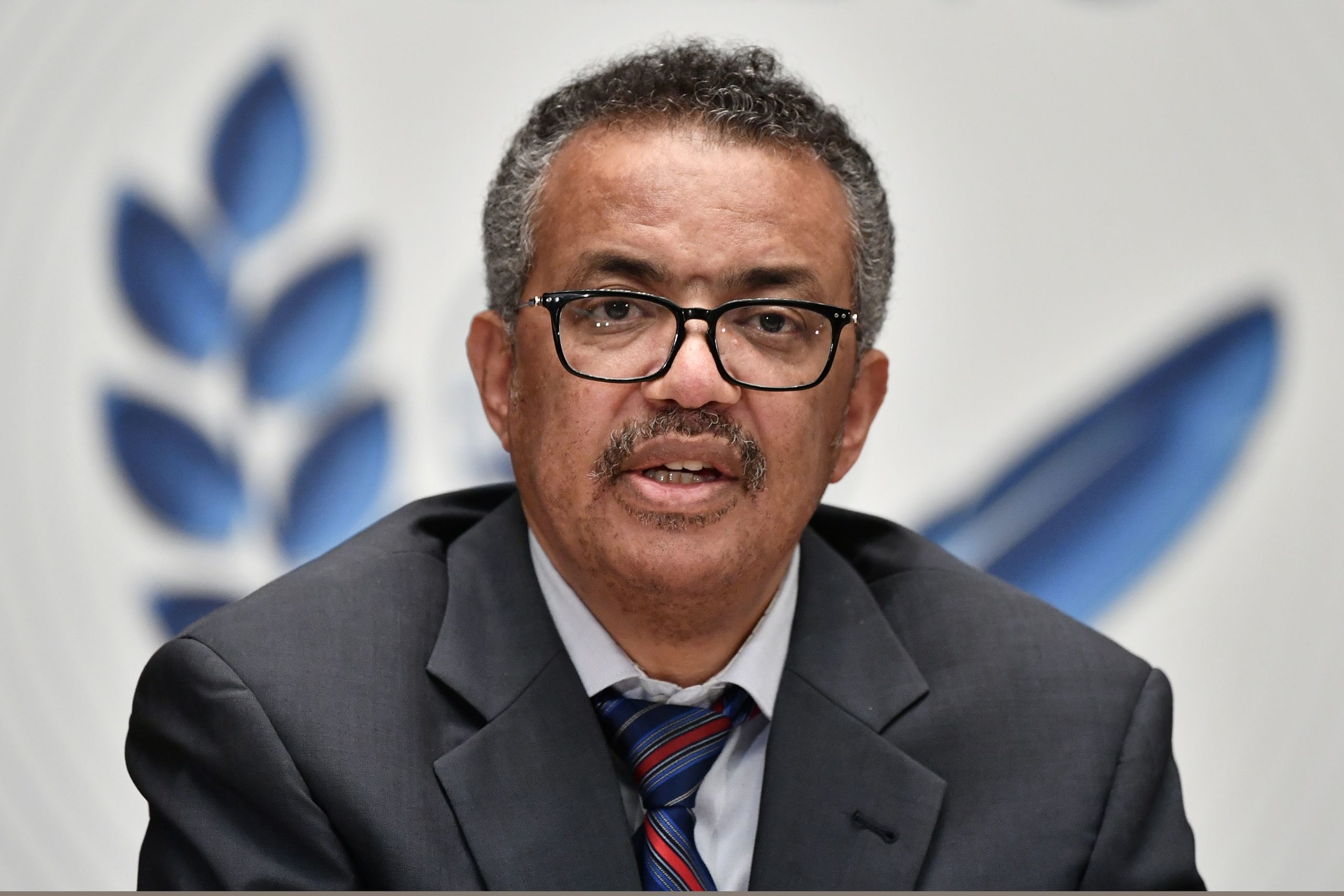 World Health Organization Director-General Tedros Adhanom Ghebreyesus attends a press conference organised by the Geneva Association of United Nations Correspondents on July 3, 2020 at the WHO headquarters in Geneva. (FABRICE COFFRINI/POOL/AFP via Getty Images)

He added that the Chinese government pushed the debunked theories in an attempt to not only quell the increasing evidence that the virus entered humans before December, but to also erode the narrative that the virus may have been created in and accidentally released from a Wuhan laboratory.

And even though the WHO investigation’s initial findings led them to say that that the chance of the virus escaping from a lab was “extremely unlikely,” some scientists, including WHO Director-General Tedros Adhanom Ghebreyesus appeared to push back against the conclusion.

“All hypotheses are on the table” regarding the virus’s origins, Ghebreyesus said.