Republican South Dakota Gov. Kristi Noem sent letters to three members of Congress from her state urging them for their assistance in making sure the fireworks display at Mount Rushmore does not get canceled under President Joe Biden’s administration.

The Daily Caller obtained three letters to the Republican lawmakers from South Dakota, including, Sen. John Thune, Sen. Mike Rounds, and Rep. Dusty Johnson, in which Noem explains the importance of the fireworks display and also details the economic benefits of having the firework display at Mount Rushmore.

Noem told the Daily Caller that she is worried about the display being canceled, as they were under former President Barack Obama’s administration, saying she could use the help of Republican members of Congress from the state to make sure they are not canceled again.

“The Mount Rushmore Fireworks Celebration is the best way that we can celebrate America’s birthday. We lost our ability to hold this celebration during the Obama administration, so I’m asking our South Dakota delegation to help us advocate for this tremendous event,” Noem told the Daily Caller. 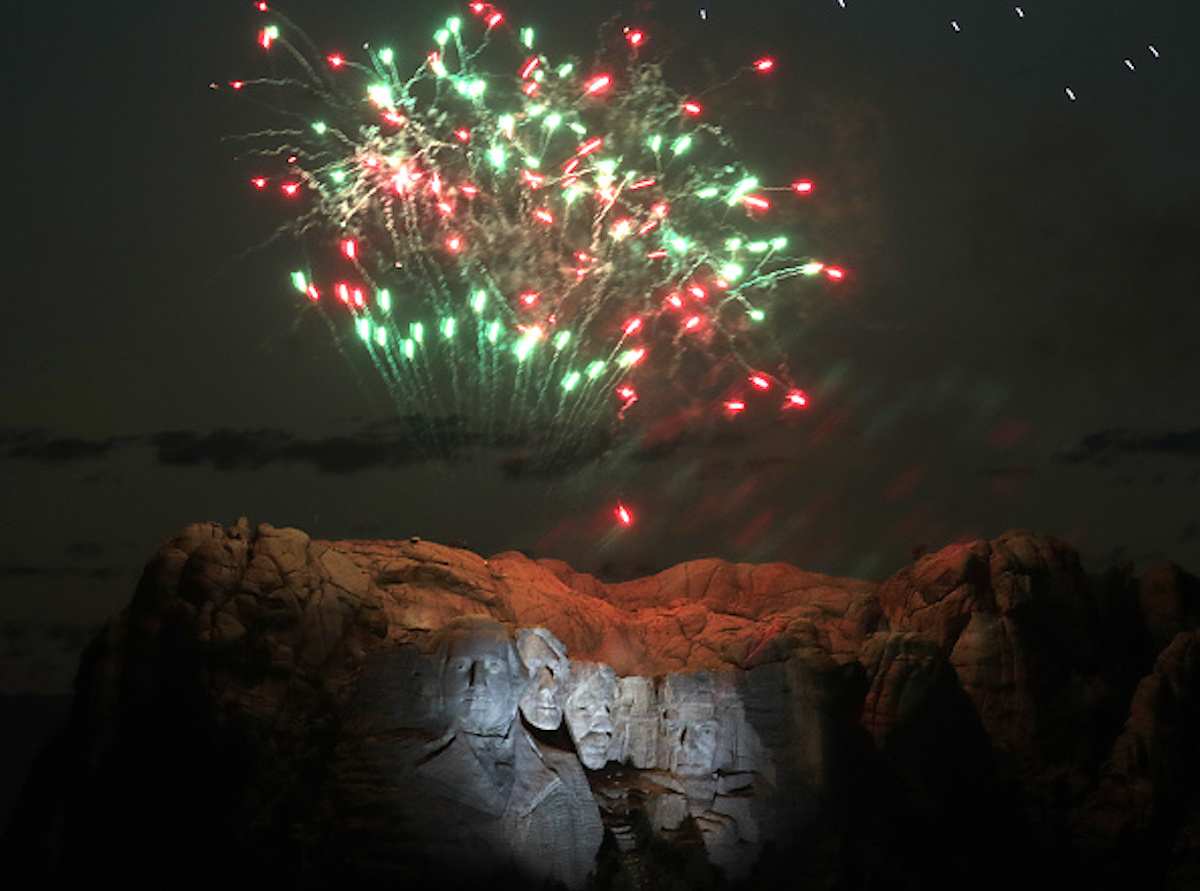 Fireworks light up the sky above Mount Rushmore National Monument on July 03, 2020 near Keystone, South Dakota. President Donald Trump spoke before the start of the fireworks display, the first at the monument in about a decade. (Photo by Scott Olson/Getty Images)

A Senior Republican staffer told the Daily Caller that there is concern that Democratic New Mexico Rep. Deb Haaland might revoke the Mount Rushmore fireworks celebration if she is confirmed as Interior Secretary. (RELATED: ‘Rushmore Will Stand Forever’: Trump Condemns Anti-Founding Protesters In South Dakota)

Haaland’s office did not immediately respond to the Daily Caller’s request for comment.

Noem has also said that she would “love to have President Biden at Mount Rushmore” for the fireworks celebration as well and extended the invitation. (RELATED: Republican Attorneys General Warn Of ‘Cancel Culture’ Targeting Mt Rushmore Ahead Of 4th Of July Weekend)

Former President Donald Trump helped bring back the return of the fireworks celebration after they were banned in 2009 because of wildfire and pollution risks, NPR reported.