President Joe Biden made good on a campaign promise, rejoining the Paris Climate Agreement after former President Donald Trump withdrew the U.S. from agreement in 2017.

With US rejoining the Paris Climate Agreement, China must be thrilled. It will restrict American energy while Beijing gets a decade-long free ride. Biden is not submitting the Paris agreement to the Senate as a treaty bc it would never get a 2/3 vote. https://t.co/aAbL149h9X

The pact that was widely considered a crowning achievement of the Obama-Biden administration. Without seeking congressional approval, former President Barack Obama joined the agreement in 2016 and pledged to cut greenhouse gas emissions by 26-28% below 2005 levels by 2025.

While China is also part of the agreement, they pledged their emissions will peak no later than 2030, meaning that for the next nine years China can continue on an upward trajectory should they – likely – choose to do, without any repercussions.

China is world’s number one emitter of carbon dioxide, accounting for approximately 28% of global carbon emissions, a 2019 report from BP Statistical Review of World Energy shows.

A report from the nonprofit Global Energy Monitor found in 2020 that China built over three times as much new coal power capacity as all other countries combined. Beijing initiated more than 73.5 gigawatts of “new coal plant proposals” in 2020, which is five times as much as “the rest of the world combined,” according to the report. (RELATED: Trump Pulled Out Of The Paris Climate Accords, But The US Is Spending Billions To Implement It)

While China produces more emissions, the U.S. foots a substantial part of the bill. Obama pledged a whopping $3 billion, according to The New York Times (NYT). The U.S. has so far only paid $1 billion, but Biden’s climate envoy, John Kerry, said the U.S. would “make good” on the rest of the money, according to Columbia University’s State of the Planet.

A 2017 analysis predicted the U.S. would lose roughly 2.7 million jobs by 2025 and see a near $250 billion reduction in GDP. The Heritage Foundation found that there would be a projected average total income loss of more than $20,000 for a family of four by 2035, should the U.S. meet the Obama administration’s commitments.

When Trump pledged to withdraw, he voiced concern that the agreement would be little more than an international wealth transfer, saying during a Rose Garden speech that the agreement “doesn’t eliminate coal jobs, it just transfers those jobs out of America, and ships them to other countries.”

A 2018 report appeared to vindicate Trump’s argument that emission-intensive activities would not be eliminated but simply moved to nations with fewer regulations. The report, funded by the ClimateWorks Foundation, found countries outsourced their emissions to countries like China and India.

Trump said the agreement was poorly negotiated and that the Obama administration did not put American workers first, prompting him to pull out the U.S. The process took two years, with the U.S. fully withdrawing in November 2020. 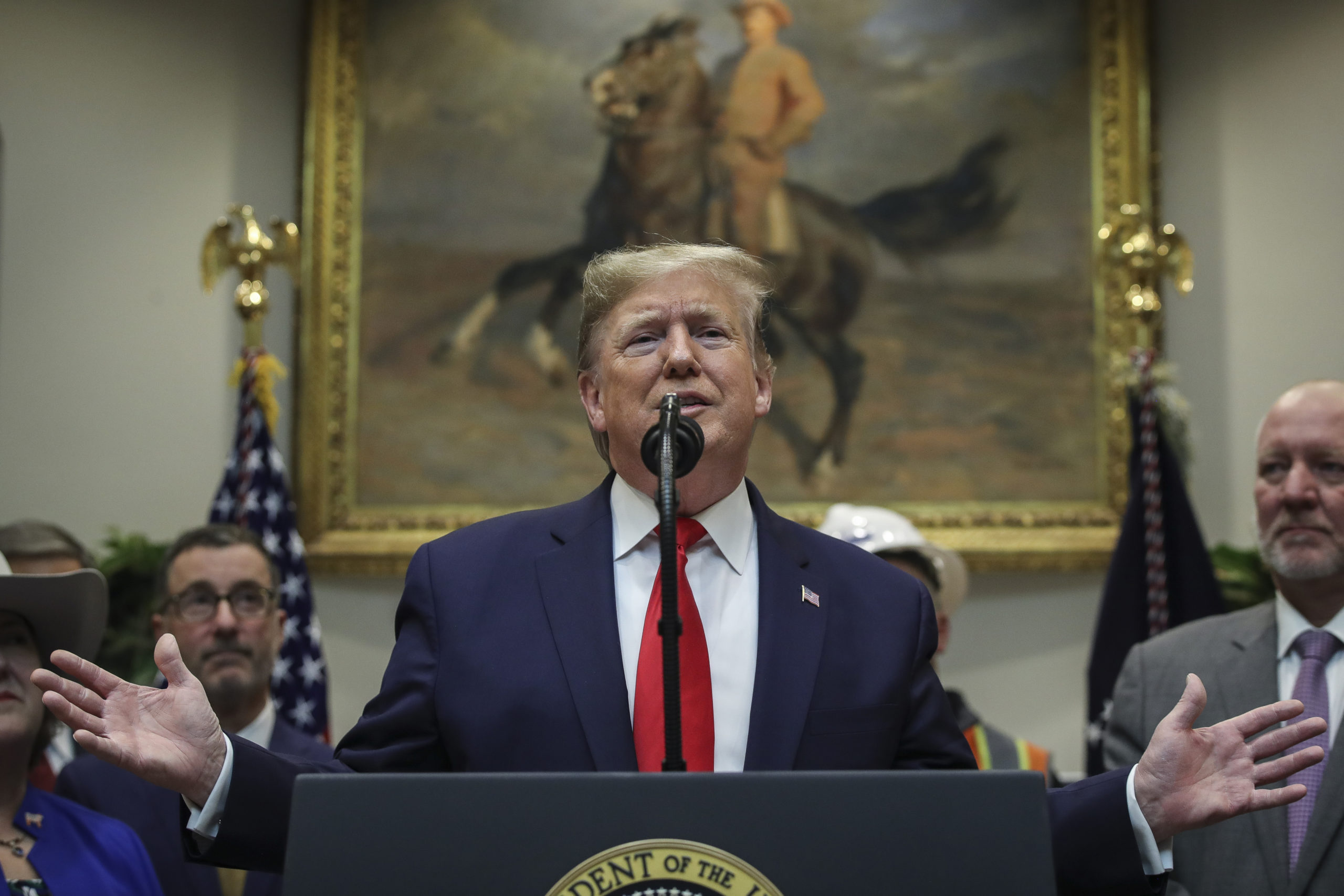 During Trump’s first year in office, greenhouse gas emissions continued to decline, falling 2.7% from 2016 to 2017, according to the EPA.

“Thanks to President Trump’s regulatory reform agenda, the economy is booming, energy production is surging, and we are reducing greenhouse gas emissions from major industrial sources,” then-acting EPA Administrator Andrew Wheeler said in a statement.

“President Trump was right to leave the Paris Climate Accords,” Wheeler said in a statement. “We have done more to reduce our greenhouse gas emissions over the past four years than our international competitors who cling to the ceremonial and arbitrary agreement.”

“Donald Trump has fundamentally changed the whole politics of climate and energy because of pulling out of the Paris agreement, but most of all talking about American energy dominance,” author and energy policy expert Rupert Darwall told the Daily Caller News Foundation.

The U.S. was projected in December to generate 5.9 billion metric tons of emissions for all of 2020, down more than 9% from 2019, according to ABC News.

While some of Trump’s rollbacks could add 1.8 billion metric tons of greenhouse gases by 2035 if not reversed, according to the report, joining the Paris Climate Agreement doesn’t directly address these specific issues.

In 2019, the U.S. achieved the largest absolute reduction in carbon dioxide emissions of any country in 2019, according to data from the International Energy Agency.