The Senate Homeland Security Committee postponed a second confirmation hearing for Neera Tanden, an indication that her nomination is likely to fail.

Tanden, President Joe Biden’s pick to lead the Office of Management and Budget, had become increasingly unlikely to be confirmed after West Virginia Democratic Sen. Joe Manchin said that he would oppose her, citing her controversial Twitter feed that included personal insults against lawmakers. His opposition means that Tanden would need at least one Republican vote to secure confirmation, but nearly every moderate Republican has come out against her.

“We are postponing the business meeting because members are asking for more time to consider the nominee,” a committee aide told Axios. “The president deserves to have a team in place that he wants, and we’re going to work with our members to figure out the best path forward.”

Despite the growing Senate opposition to Tanden, the White House has continued to support her nomination even as Democrats have reportedly acknowledged in private that her nomination may already be doomed. (RELATED: Opposition Grows Against Neera Tanden, Jeopardizing Her Nomination)

“The president nominated her because he believed she’d be a stellar OMB director,” Press Secretary Jen Psaki said on Monday. “We’ll continue to work in supporting her nomination.” 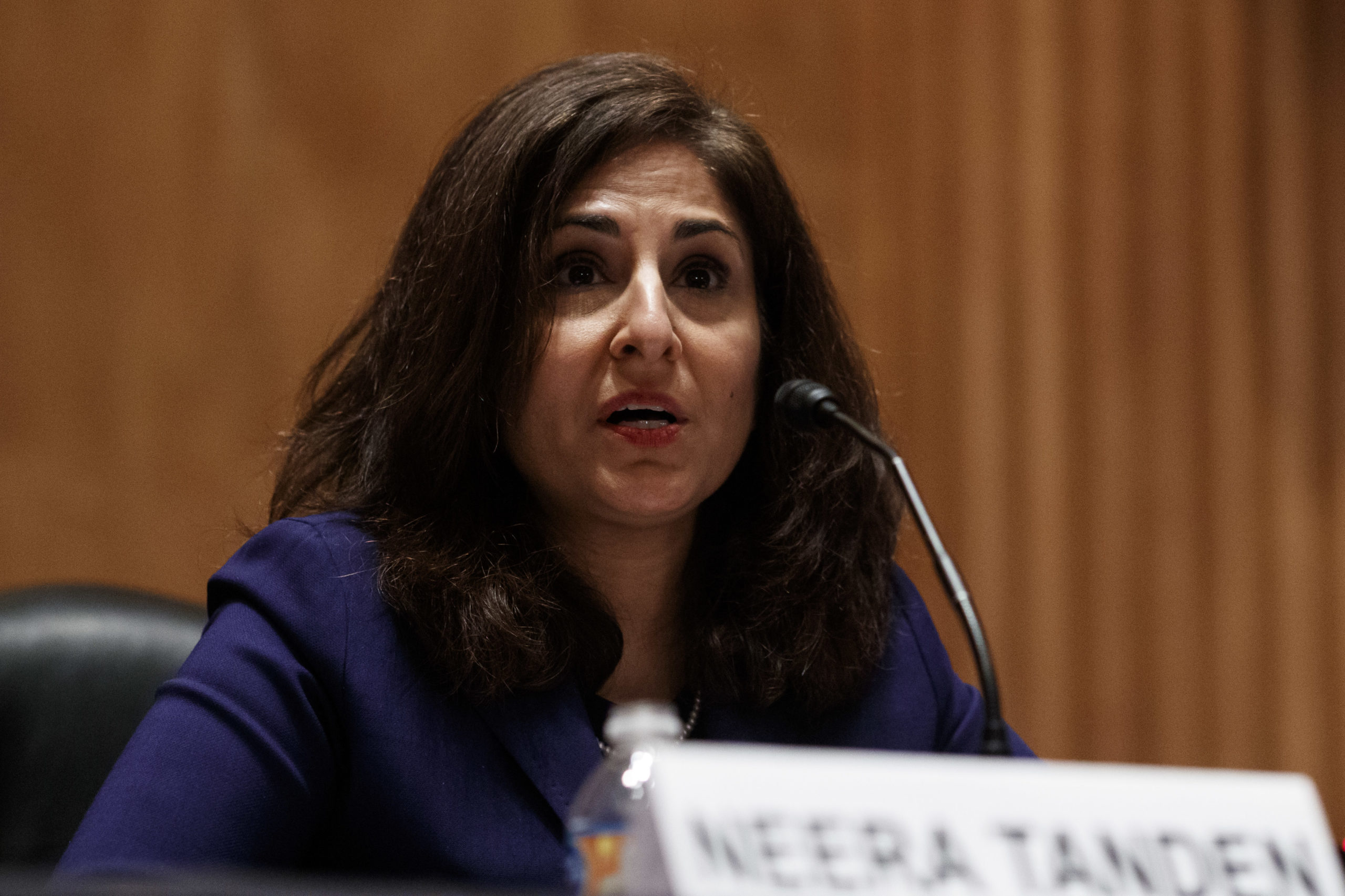 Much of the opposition against Tanden, a close ally of former Secretary of State Hillary Clinton and the leader of the left-leaning think tank Center for American Progress, has come in response to her previous tweets. She called Senate Minority Leader Mitch McConnell “Voldemort” and Maine Sen. Susan Collins “the worst,” and tweeted derogatory insults about numerous other politicians.

She also attacked Vermont Independent Sen. Bernie Sanders, who chaired her confirmation hearing and has not publicly said whether he intends to support her. Arizona Democratic Sen. Kyrsten Sinema, another swing vote, also declined to comment on Tuesday when asked about Tanden’s nomination.

Tanden deleted over 1,000 tweets ahead of her hearing and apologized for her past remarks, pledging that if confirmed she would work in a bipartisan manner.