Russian opposition leader Alexei Navalny has allegedly been moved from his Moscow jail to an undisclosed detention center outside the city believed to be a prison camp, his lawyer claimed Thursday.

Vadim Kobzev, one of his lawyers, tweeted that Navalny had been transferred from a correctional facility in Moscow operated by the Federal Penitentiary Service of Russia. Kobzev also told Russian state-backed news agency RIA Novosti that he went to visit Navalny before being informed by authorities that the opposition leader had been moved.

“Today I came to see him, they kept me there for three hours, and in the end they said that the meeting was impossible since he was convoyed,” the lawyer said.

Kobzov alleged that authorities refused to tell him where Navalny had been moved and suggested he had been transferred to a prison camp outside Moscow. Kobzov also claimed the move was illegal as authorities are legally required to inform the relatives of a sentenced individual where they are serving the sentence, and Navalny’s family told him they had not been informed.

Eva Merkacheva, a member of Moscow’s public monitoring committee for human rights, told RIA Nostovi in a statement Thursday that Navalny was likely to be transferred to a prison camp after his sentencing last week. But authorities did not confirm the location Navalny had been moved to or whether it was a prison camp.

According to former inmates and human rights groups, Russian prison camps are only a slight improvement from their Soviet predecessors and known for their harsh conditions, The New York Times reported.

Navalny was initially arrested at a Moscow airport in January after the Russian government issued an arrest warrant related to an earlier conviction on embezzlement charges in 2014. 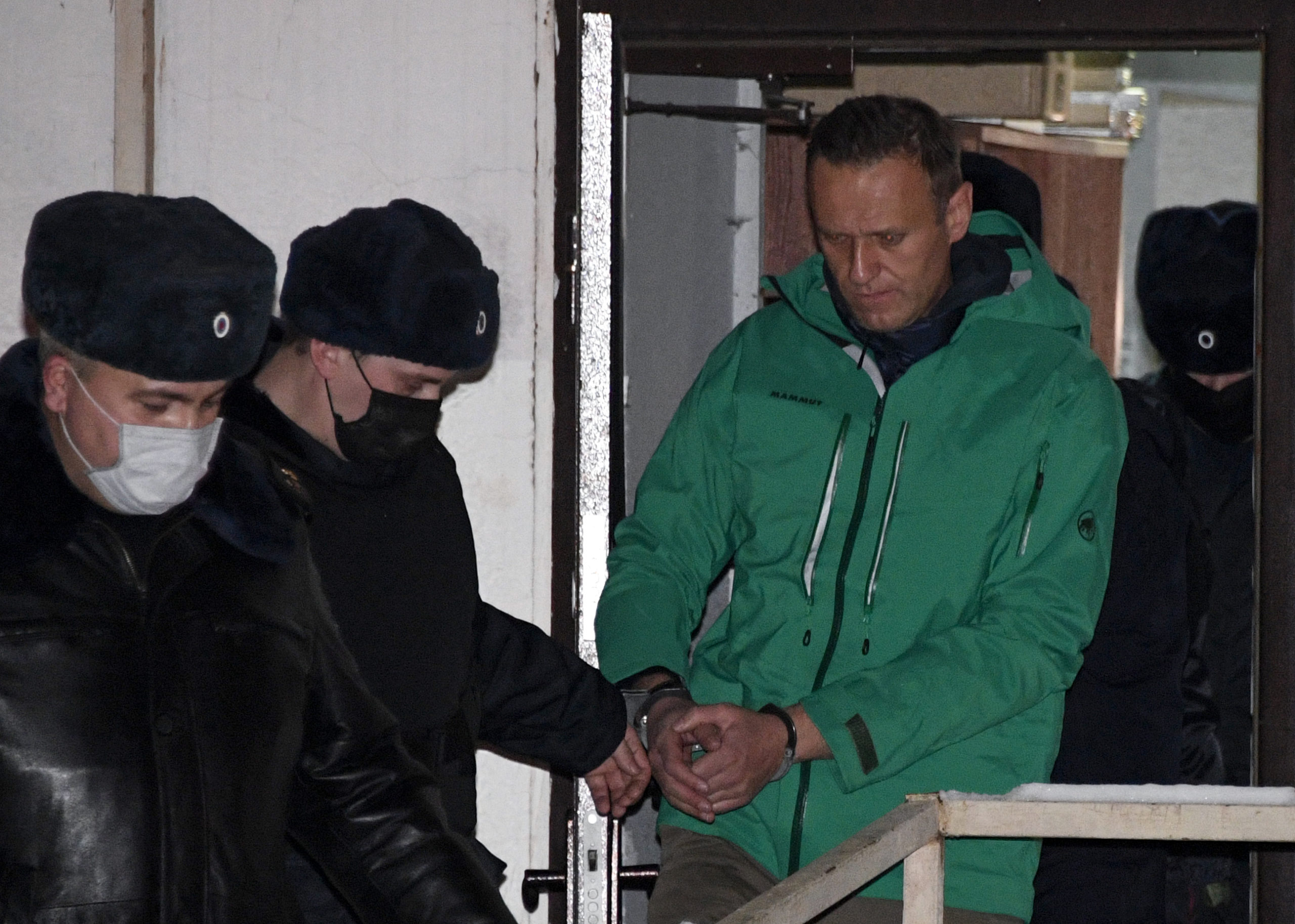 Opposition leader Alexei Navalny is escorted out of a police station on January 18, 2021 (Alexander Nemenov/AFP via Getty Images)

The opposition leader had returned to Russia from Germany after recovering from a poison attack he blamed on the Kremlin.

Navalny was later sentenced to nearly three years in prison Feb. 2 for allegedly violating his probation. A Moscow court rejected an appeal from Navalny in a ruling Saturday but reduced his sentence by two months.

Russia has seen multiple protests in support of Navalny since his initial arrest in January, with thousands of arrests reported. (RELATED: Russia Considering $6.7 Billion Social Spending Plan To Temper Unrest)

The European Court of Human Rights called for Navalny’s immediate release in a Feb. 17 statement.