A Moscow judge ordered Russian opposition leader Alexei Navalny jailed for 30 days in what he called a miscarriage of justice and “lawlessness.”

Alexei Navalny’s rushed court hearing occurred Monday in the police station where he has been held, according to The New York Times. Vadim Kobzev, Navalny’s lawyer, said he was notified of the trial just minutes before it was held in the station.

“What is happening here is impossible,” Navalny said in a video uploaded to one of his social media accounts, The Times reported. “This is the highest degree of lawlessness — I can’t call it anything else.” (RELATED: MSNBC Contributor Praises Russian Dissident, Wishes Ben Sasse Had The Same Courage)

The judge who presided over the hearing ruled that the opposition leader was to be jailed until Feb. 15 pending trial, according to Kobzev, The Times reported. He has been charged with violating the terms of a previous sentence.

Navalny was arrested at the Moscow airport upon his return from Germany on Sunday after the Russian government issued a warrant for his arrest, according to Politico. The warrant was related to a 2014 conviction on embezzlement charges. 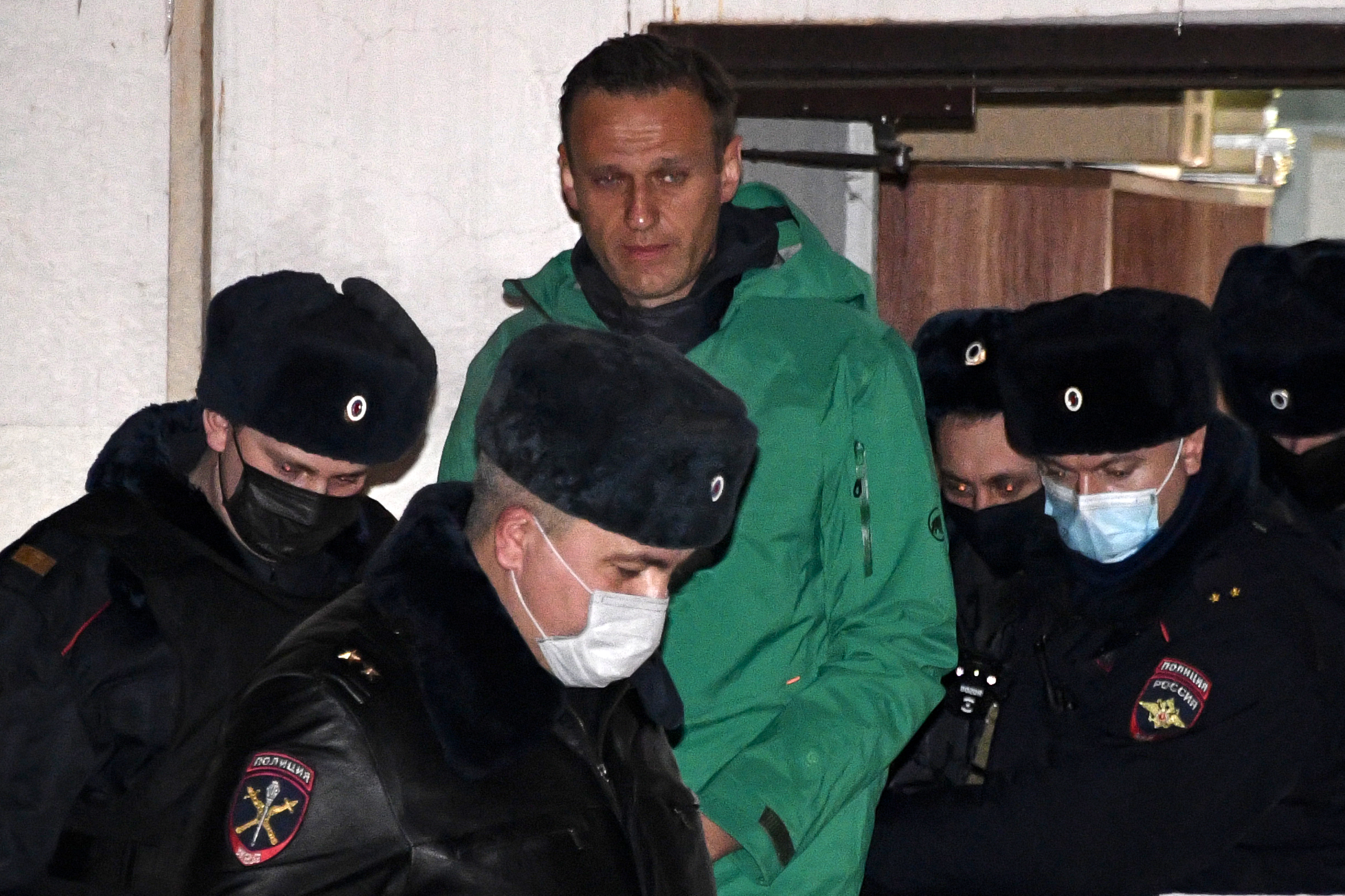 Russian opposition leader Alexei Navalny is escorted out of a police station in Khimki, outside Moscow, following Monday’s court ruling that ordered him jailed for 30 days. (Alexander Nemenov/AFP via Getty Images)

Navalny, a prominent critic of President Vladimir Putin and co-founder of the Russia of the Future Party, fell extremely ill after he drank tea at an airport in Siberia on Aug. 20. He was promptly rushed to a hospital in Omsk, Russia, after his flight made an emergency landing.

Navalny was then flown to Berlin, Germany, where he was placed in a medically-induced coma and treated. Navalny came out of a coma on Sept. 7 and was released from the German hospital on Sept. 23.

The U.S. and European Union have both condemned the apparent poisoning and demanded answers from Russia. However, Putin denied any wrongdoing on Thursday saying that the agents would have been successful if they were behind the attack.

“If they had really wanted to, they would have probably finished the job,” Putin said with a laugh, The New York Times reported.