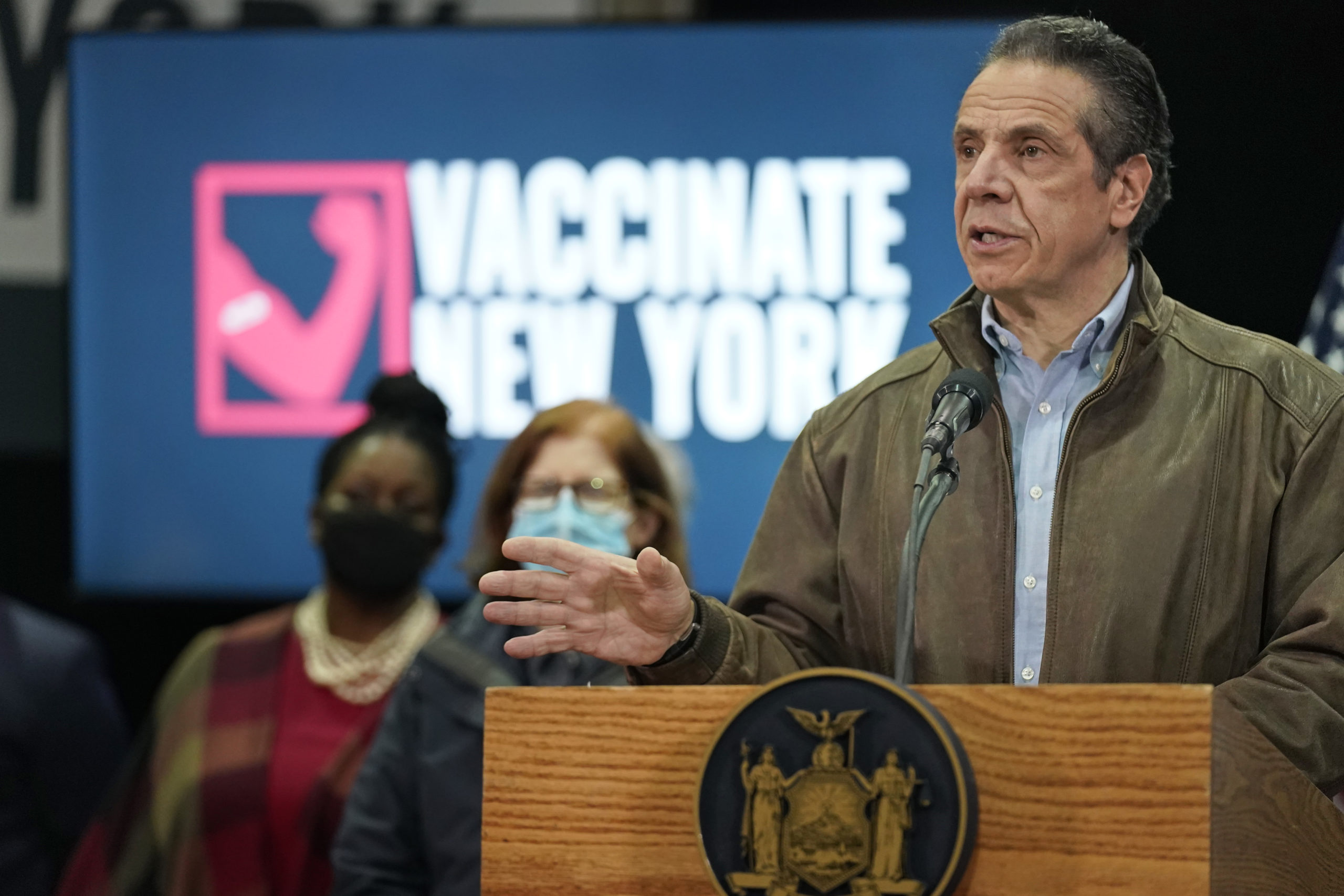 New York Governor Andrew Cuomo speaks during a press conference before the opening of a mass Covid-19 vaccination site in the Queens borough of New York, on February 24, 2021. – The site run by the Federal Emergency Management Agency (FEMA), along with another in Brooklyn, gives priority to local residents in an effort to equitably distribute the vaccine. (Photo by SETH WENIG/POOL/AFP via Getty Images)

“The president has been consistent in his position: when a person comes forward, they deserve to be treated with dignity and respect. Their voice should be heard, not silenced, and any allegation should be reviewed,” Psaki said Thursday in response to a question from Fox News’ Peter Doocy. “Gov. Cuomo is also the governor of one of the largest states in the country that has been one of the hardest hit, with millions of people still suffering from an ongoing pandemic and an economic crisis, and our focus is to continue working with governors from across the country, from a range of states, on how we are helping people in their states.”

During a followup question, Psaki defended Biden’s past comments on Cuomo’s handling of the coronavirus pandemic, when he stated that Cuomo is the “gold standard for COVID leadership” and is “doing a hell of a job.”

“To be fair, let’s put all the comments in context which sometimes is missing from these conversations we have here or during interviews,” she stated. “A the time — which was I believe, April of last year — the president spoke out and said positive things about a range of governors, Democrats and Republicans, who were stepping in when there is a vacuum of leadership at the federal level, when they were getting no information, when they were getting no help and no guidance from the former trump administration.”

“He made some positive comments about Governor Cuomo and his role in New York at the time as he did about a range of governors.”

You can watch Psaki’s entire press briefing below.