Vermont Sen. Bernie Sanders and Oregon Sen. Ron Wyden said the $1.9 trillion American Rescue Plan, which the House will soon vote on, must remove tax deductions from major corporations that don’t pay a minimum of $15 an hour. Further, Sanders and Wyden said the bill should include provisions that incentivize small businesses to raise their wages.

“In the coming days, I will be working with my colleagues in the Senate to move forward with an amendment to take tax deductions away from large, profitable corporations that don’t pay workers at least $15 an hour and to provide small businesses with the incentives they need to raise wages,” Sanders said in a statement Thursday evening. “That amendment must be included in this reconciliation bill.”

Senate parliamentarian Elizabeth MacDonough ruled Thursday that a federal minimum wage increase couldn’t be included in the coronavirus relief plan under budget reconciliation. Democrats decided to use budget reconciliation, a process of binding together separate parts of the legislation in order to bypass the 60-vote filibuster in the Senate. (RELATED: White House: ‘Biden Is Disappointed’ $15 Minimum Wage Won’t Be Included In Stimulus Package) 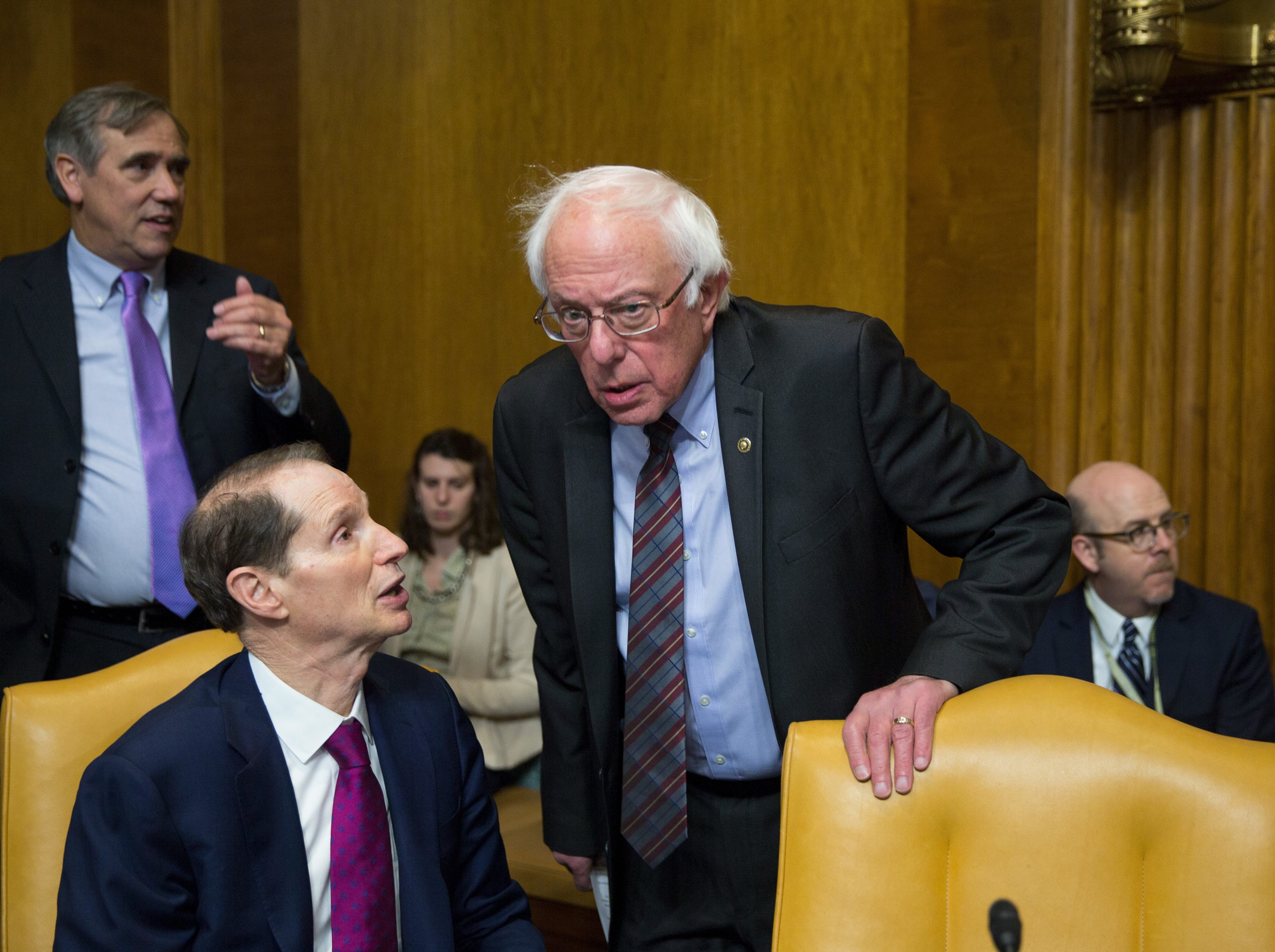 Wyden, who chairs the Senate Finance Committee, echoed Sanders’ comments Friday morning, calling for tax penalties against corporations that “mistreat” their employees. Wyden also offered more specifics on how he would incentivize small businesses to raise their wages.

“My plan would impose a 5 percent penalty on a big corporations’ total payroll if any workers earn less than a certain amount,” Wyden said in statement. “That penalty would increase over time.”

“At the same time, I want to incentivize the smallest of small businesses—those with middle-class owners—to raise their workers’ wages,” he continued. “My plan would provide an income tax credit equal to 25 percent of wages, up to $10,000 per year per employer, to small businesses that pay their workers higher wages.”

On Jan. 26, top Democrats, including House Speaker Nancy Pelosi and Senate Majority Leader Chuck Schumer, reintroduced the Raise the Wage Act. The stand-alone legislation, which would gradually raise the federal minimum wage to $15 over the course of five years, was initially passed by the House in 2019, but never received a vote in the Senate.

“Let’s be clear. The $7.25 an hour federal minimum wage is a starvation wage,” Sanders said in a statement following the reintroduction. “We must raise the minimum wage to a living wage – at least $15 an hour.”

The $15 minimum wage would kill 1.4 million jobs while taking 900,000 people out of poverty, the Congressional Budget Office estimated in a report released last week.