Former President Donald Trump promised to visit Alaska to personally campaign against Republican Alaska Sen. Lisa Murkowski, who is up for reelection in 2022.

“I will not be endorsing, under any circumstances, the failed candidate from the great State of Alaska, Lisa Murkowski,” Trump said in a Saturday statement to Politico. “She represents her state badly and her country even worse. I do not know where other people will be next year, but I know where I will be — in Alaska campaigning against a disloyal and very bad Senator.”

Murkowski, a frequent Trump critic, was one of seven Republicans who voted to convict the former president on impeachment charges in February. The Alaska senator also voted to advance the Interior secretary nomination of Democratic New Mexico Rep. Deb Haaland, a move Trump reportedly called “yet another example of Murkowski not standing up for Alaska.” 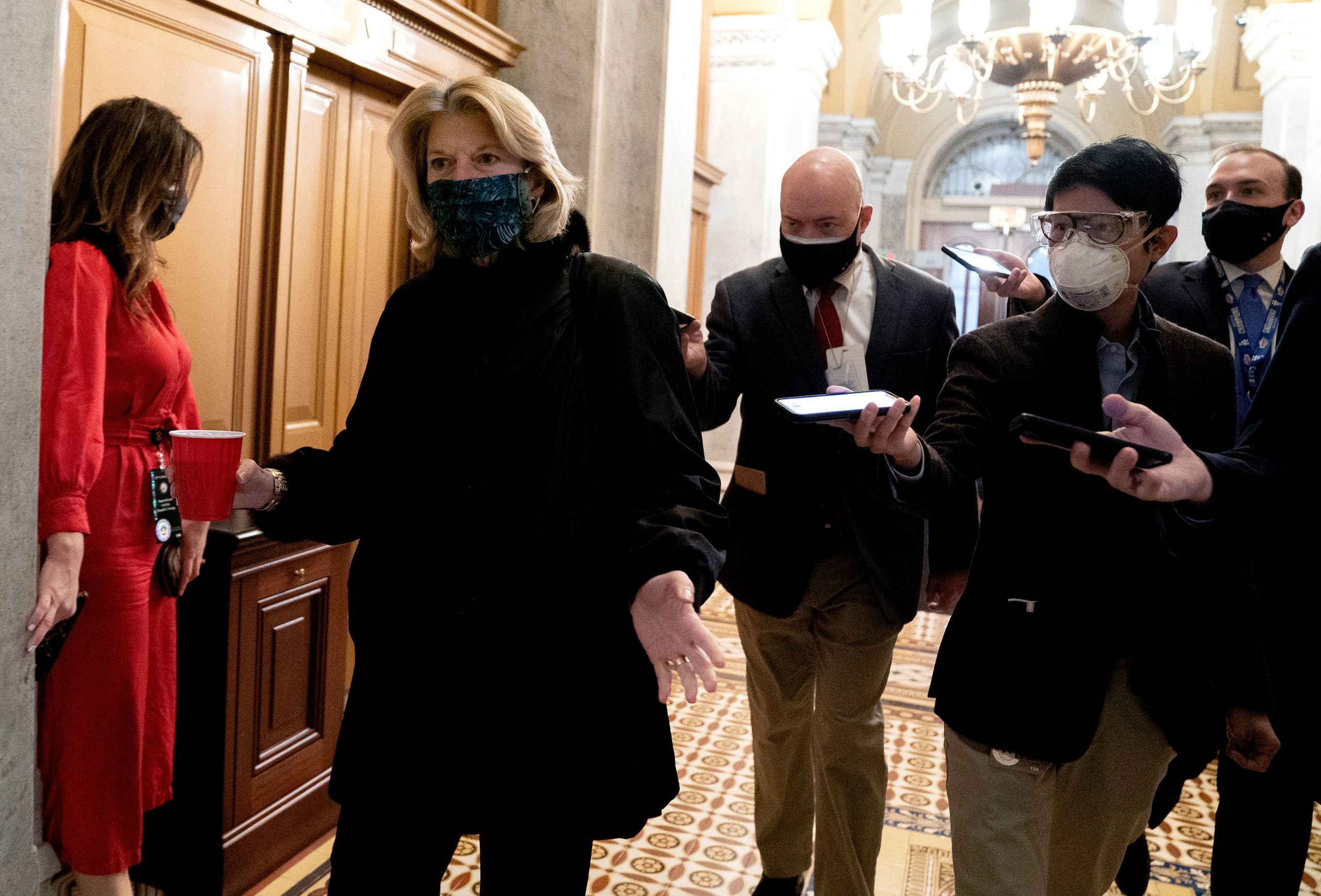 Republican US Senator Lisa Murkowski (2nd L) speaks to the press during the fifth day of the second impeachment trial of former US President Donald Trump at the US Capitol, on February 13, 2021, in Washington, DC. (Photo by Stefani Reynolds / AFP) (Photo by STEFANI REYNOLDS/AFP via Getty Images)

The former president’s interest in defeating Murkowski has even gone so far as commissioning polling in late January and early February that found the Alaska senator with a 43% favorability rating, nine points below Trump’s 52% in the state, Politico reported.

The former president promised to support “primary rivals who espouse Making America Great Again and our policy of America First” in a statement released last month. National Republican Senatorial Committee chairman and Republican Florida Sen. Rick Scott, however, has stated his intention to back incumbent Republicans against any primary challengers.