National Republican Senatorial Committee (NRSC) Chairman Rick Scott sent out a memo to voters, donors and leaders throughout the party Tuesday declaring the “Republican Civil War is now canceled” and explaining a path to victory in 2022.

Scott sent out the memo to a broad group of Republicans, slamming Democrats over a number of issues such as border security, the Keystone pipeline, transgender athletes, fracking and more. The memo then focused on unity, saying Republicans need to work together to win back the majority in Congress in 2022 instead of attacking each other.

“The long running impeachment show is now over. This political theater should have been held at the other end of Washington in the Kennedy Center instead of the US Capitol. It was an unserious circus. It’s over. Now it’s time to look ahead. First, let’s evaluate our situation: The Democrats control the White House, the Senate, and the House of Representatives. In other words, they control Washington,” Scott said in the memo. 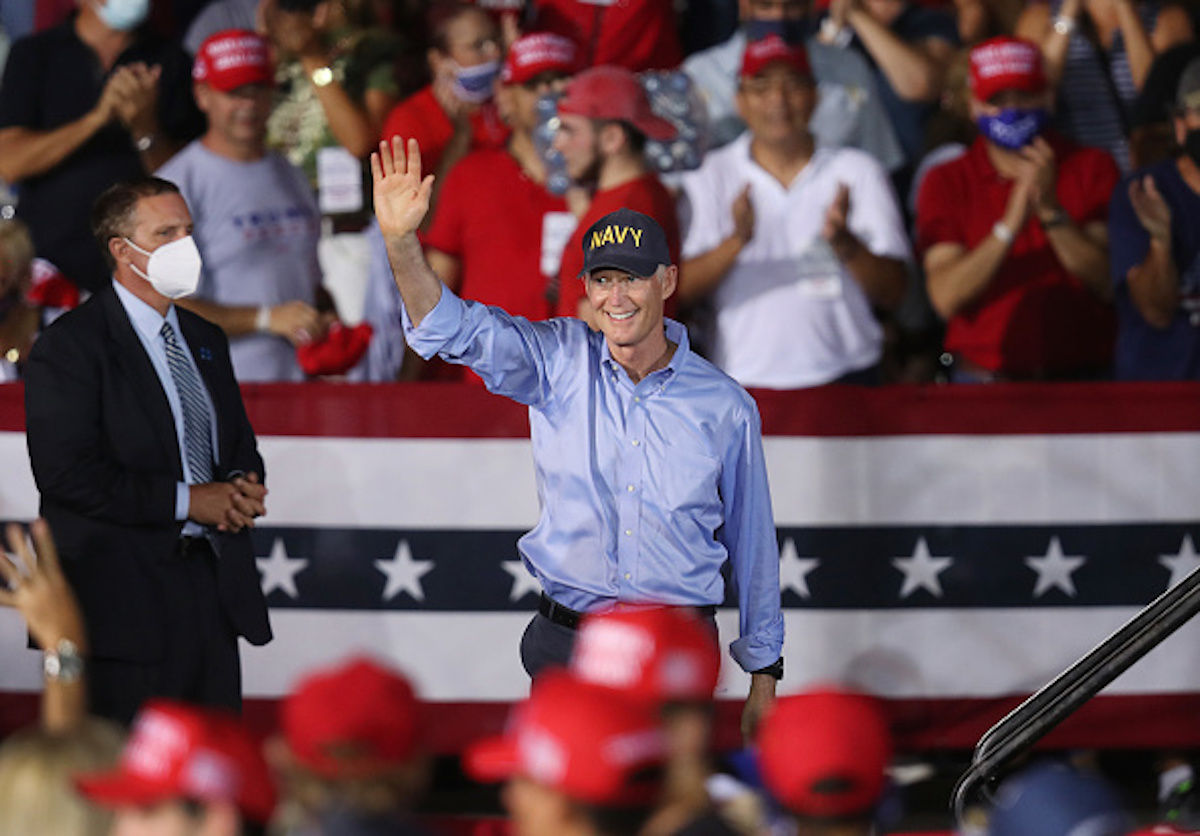 Scott went on to say that Democrats are trying to change America into a socialist country and will try to change the consitution, again saying it is not the time for internal fighiting in the party.

“Far-left radicals are trying to remake America in their image, and lead us into a disastrous, dystopian, socialist future, we have a parade of pundits and even Republican voices suggesting we should have a GOP civil war. NO. This does not need to be true, should not be true, and will not be true. Those fanning these flames, in both the media and our own ranks, desire a GOP civil war,” Scott continued.

“Truthfully, I enjoy bantering back and forth, and I have no interest in trying to quell intraparty policy dialogue and debates. But now is not the time for division and here’s why: For the first time in any of our lives, socialism has become the unabashed, governing policy of the Democrat Party. The Democrats are fast abandoning any pretense of allegiance to the first and second amendments to our Constitution, they’ll give up on the rest of it in due time,” Scott added. (RELATED: David Perdue Announces He Won’t Run For Senate In 2022)

After former President Donald  Trump’s impeachment vote, Republicans such as Wyoming Rep. Liz Cheney have faced ongoing criticism after voting to impeach Trump. North Carolina Sen. Richard Burr was censured by the state’s Republican Party and Republican Pennsylvania Sen. Pat Toomey is facing censure after they both voted to impeach Trump in the Senate.

Republican South Dakota Sen. John Thune said Friday that Republicans who are censuring members of their own party for voting to convict former President Donald Trump are engaging in cancel culture.

Seven Republicans in the Senate voted to convict Trump in his impeachment trial.