Syrian President Bashar Assad and his wife Asma tested positive for coronavirus with both reportedly suffering from mild symptoms, according to the nation’s government.

Bashar Assad, 55, and his wife Asma, 45, were tested after experiencing coronavirus symptoms last week, The Associated Press reported. Syria’s presidential office said both Assad and his wife were in “good health and in stable condition” in a statement Monday.

The war-torn Middle Eastern nation is believed to have been hard hit by the pandemic, according to the AP. Syria has reported about 16,000 total cases and more than 1,000 deaths, but both figures are likely inaccurate due to limited Syria’s limited testing capabilities. (RELATED: Trump Sanctions Bashar Assad’s Wife And Associates Over Syrian Civil War) 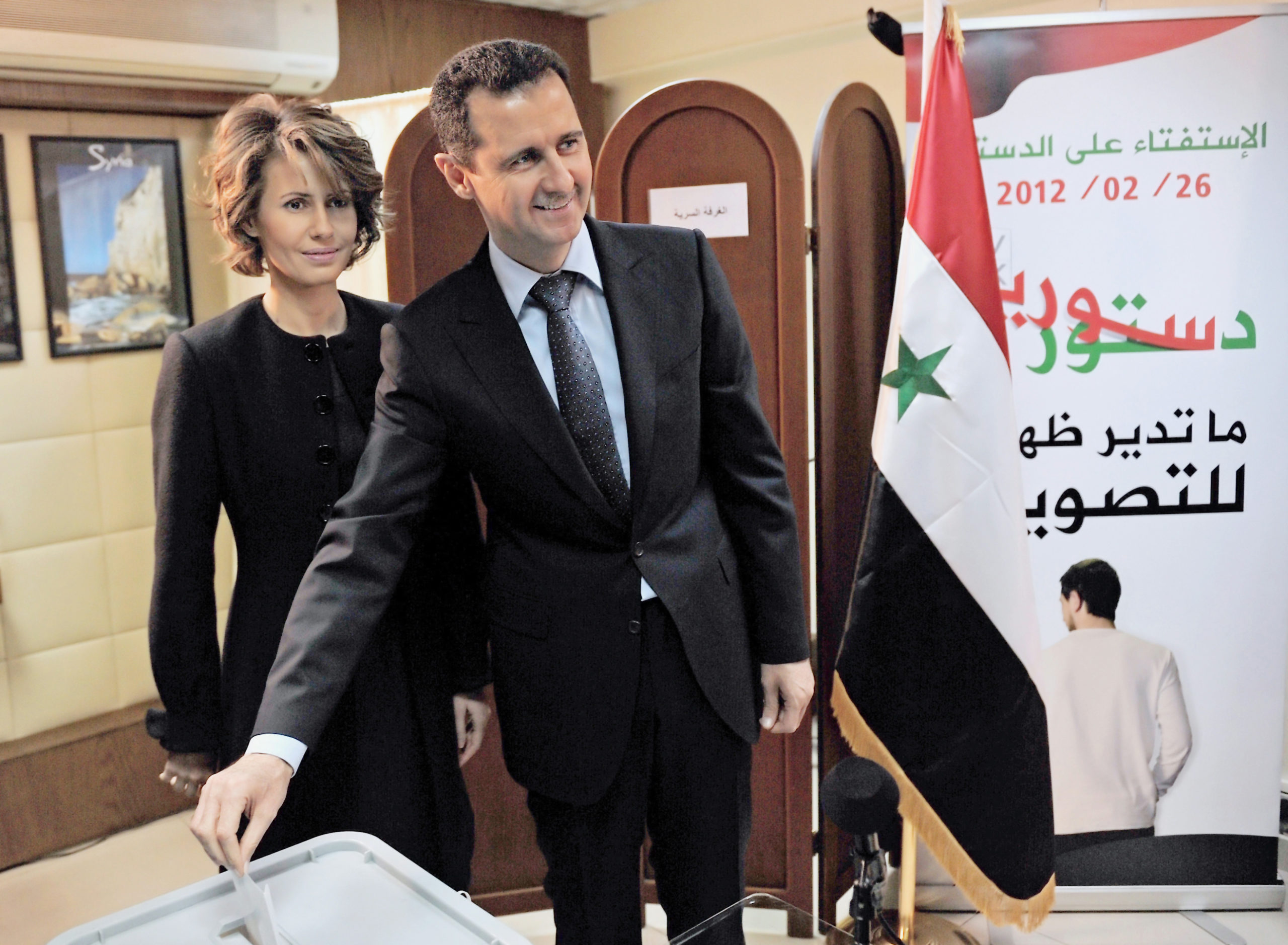 Syrian President Bashar Assad cats a ballot as his wife Asma looks on at a polling station in Damascus. (SANA/AFP via Getty Images)

Meanwhile, Syria began vaccinating its population last week, but the details of the campaign have not been publicly shared, the AP reported. Syria’s health minister said a friendly nation provided the vaccines.

Israel, a noted enemy of Syria, was reportedly the country who provided the vaccines, according to The New York Times. Israel reportedly paid Russia to send a shipment of its Sputnik V vaccine to Syria in exchange for an Israeli who had been imprisoned by Assad’s government in February.

Both Israel and Syria have denied the deal took place. It is unclear if either Assad or his wife have been vaccinated.

Meanwhile, Syria continues to be in the midst of its ten-year civil war, the AP reported. The civil war, which has involved a US-led coalition, rebels, the Islamic State and Assad’s forces has led to the deaths of thousands of civilians, according to the Council on Foreign Relations. Assad has been roundly condemned by Western nations for his widespread use of chemical weapons targeting civilians.