“QAnon Shaman” Jacob Anthony Chansley, who was charged with six counts of civil disorder following the Capitol riot, had his motion for pre-trial release denied Monday, according to a court document.

Federal Judge Royce C. Lamberth said Chansley was too dangerous to be released since he could plot further attacks. The judge noted the defendant displayed “a detachment from reality” after he argued that his actons during the riot were peaceful, CNN reported.

“Defendant characterizes himself as a peaceful person who was welcomed into the Capitol building on January 6th by police officers. The Court finds none of his many attempts to manipulate the evidence and minimize the seriousness of his actions persuasive,” Lamberth wrote.

Chansley and his attorney Albert Walkins had been pleading with the judge to let him go free for the last two months, according to The Washington Post. They cited Chansley’s shamanic faith, dietary preferences and the COVID-19 pandemic as grounds for temporary release. (RELATED: QAnon Shaman Is Being Served Organic Food At His Request) 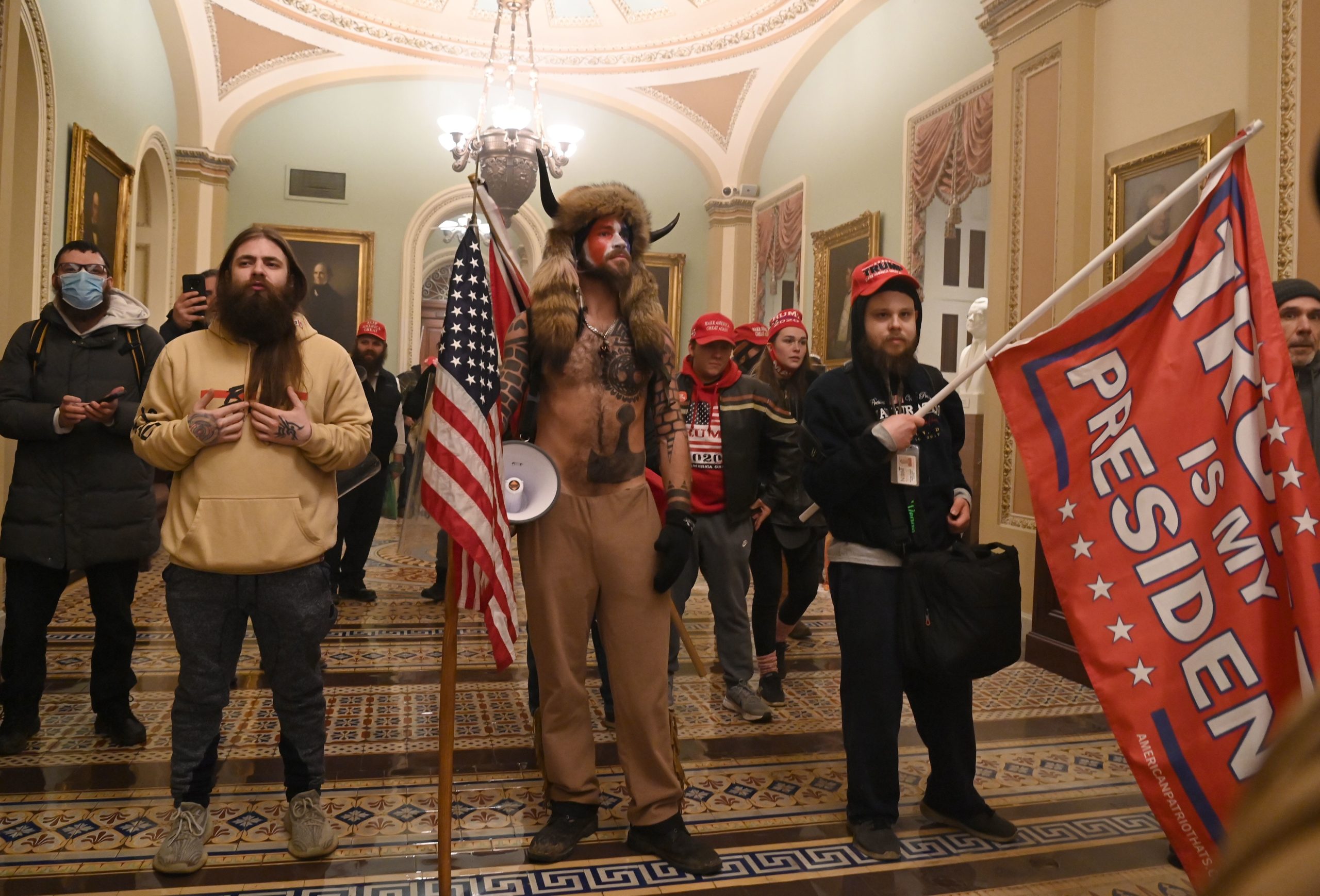 TOPSHOT – Supporters of US President Donald Trump, including member of the QAnon conspiracy group Jake Angeli, aka Yellowstone Wolf (C), enter the US Capitol on January 6, 2021, in Washington, DC. (Photo by Saul LOEB / AFP) (Photo by SAUL LOEB/AFP via Getty Images)

Walkins argued the pandemic had made “meaningful unmonitored protracted periods of consultation” with his client “impossible,” according to the court document. The government argued that because of Chansley’s prominent position in the QAnon movement he is able to “quickly raise large sums of money for travel through non-traditional sources.”

Lamberth also determined the spear Chansley brought into the Capitol was “undoubtedly, a dangerous weapon,” despite Chansley’s claim that it was not a weapon.