The $1.9 trillion bill is just the latest that Congress has passed in the past year, adding to the unprecedented amount of money that is greater than the United States has spent on any previous national emergency in its history. The $5.5 trillion price tag is higher than the 2019 GDP of every country in the world except for the United States and China, and is more than the $4.1 trillion the U.S. spent on World War II if adjusted to today’s dollars.

While the bill allocates hundreds of billions of dollars toward stimulus and unemployment checks, vaccination efforts and other measures meant to accelerate the United States’ economic recovery and curb the spread of the virus, it includes several components, including aid for some states and localities, pension bailouts, foreign aid and more, that are not directly related to the pandemic.

Hundreds of billions of dollars in earlier relief packages has yet to be spent, and almost $100 billion in Biden’s relief package will not be fully disbursed until 2028. (RELATED: More Than $1 Trillion In Coronavirus Aid Hasn’t Been Spent, Includes $120 Billion For Small Businesses) 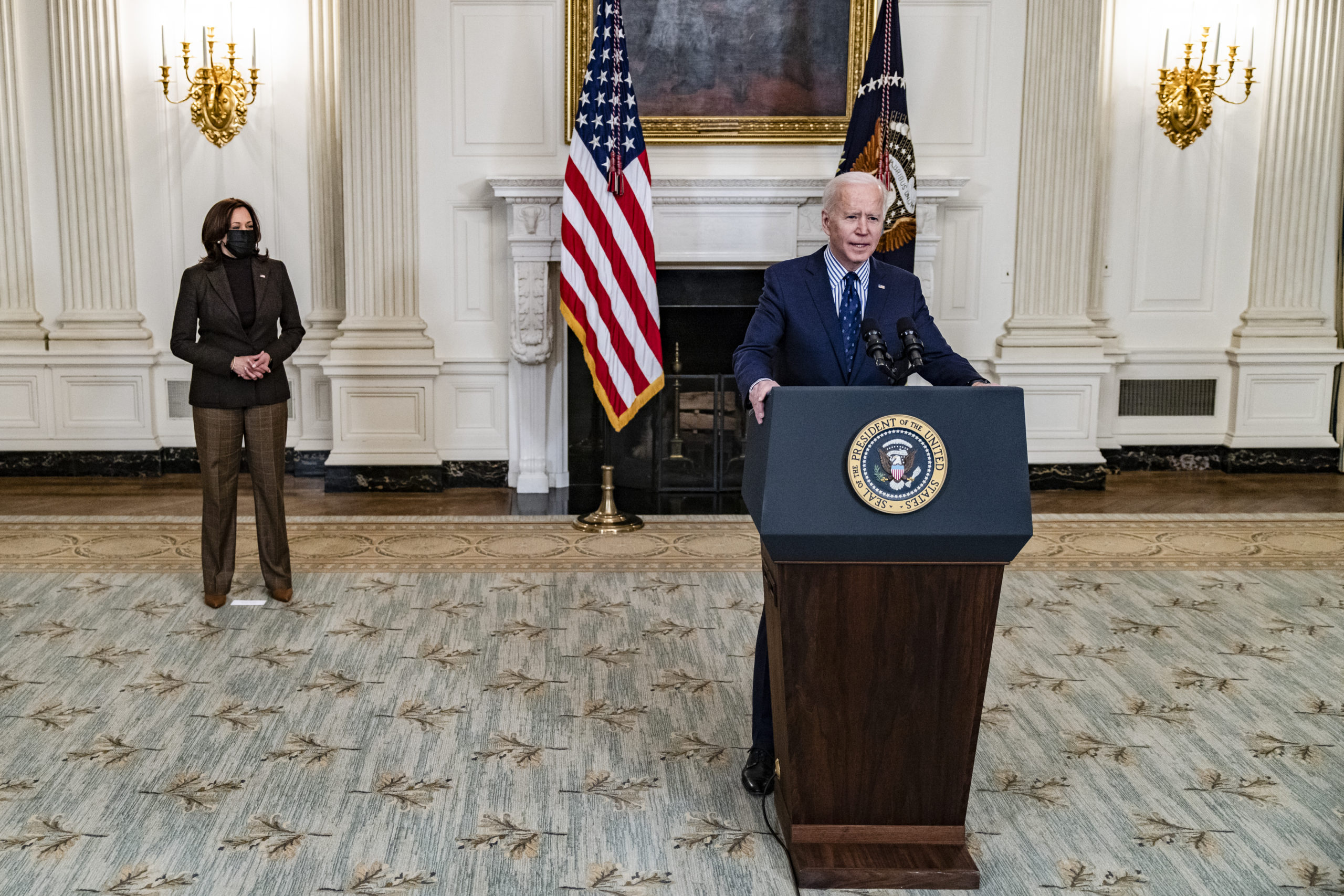 President Joe Biden speaks from the State Dining Room with Vice President Joe Biden behind him following the passage of the American Rescue Plan in the U.S. Senate at the White House on March 6, 2021 in Washington, DC. (Samuel Corum/Getty Images)

While most lawmakers agreed that the coronavirus pandemic warranted an unprecedented government response, though they disagreed as to the exact amount, the massive amount of spending comes as the United States national debt crosses $28 trillion and yearly deficits continue to grow. The Congressional Budget Office has predicted that deficits will soar over the next decade, leading to a national debt that could total 107% of U.S. GDP.

Congressional Republicans unanimously opposed Biden’s relief package, saying that it was packed with Democratic priorities that largely ignored measures that directly combatted the pandemic. Biden and Democrats, however, doubled down, vowing to pass the bill and warning that there was risk in doing too little, not doing too much.

“The very health of our nation is at stake,” Biden said in January when first introducing the plan. “[It] does not come cheaply, but failure to do so will cost us dearly.”

The plan also has the overwhelming support of the American people, with a March 9 Data For Progress poll showing that 69% of Americans – and 54% of Republicans – favored it.