The bill passed through Congress this week despite several hiccups, including last-minute delaying action by Kentucky Republican Rep. Thomas Massie. The package includes a $1,200 payment to single Americans who make less than $75,000 a year, $2,400 for families that make under $150,000 a year, and $500 for each child under the age of 17.

The relief will reach Americans via direct bank deposit in three weeks, according to Treasury Secretary Steven Mnuchin. 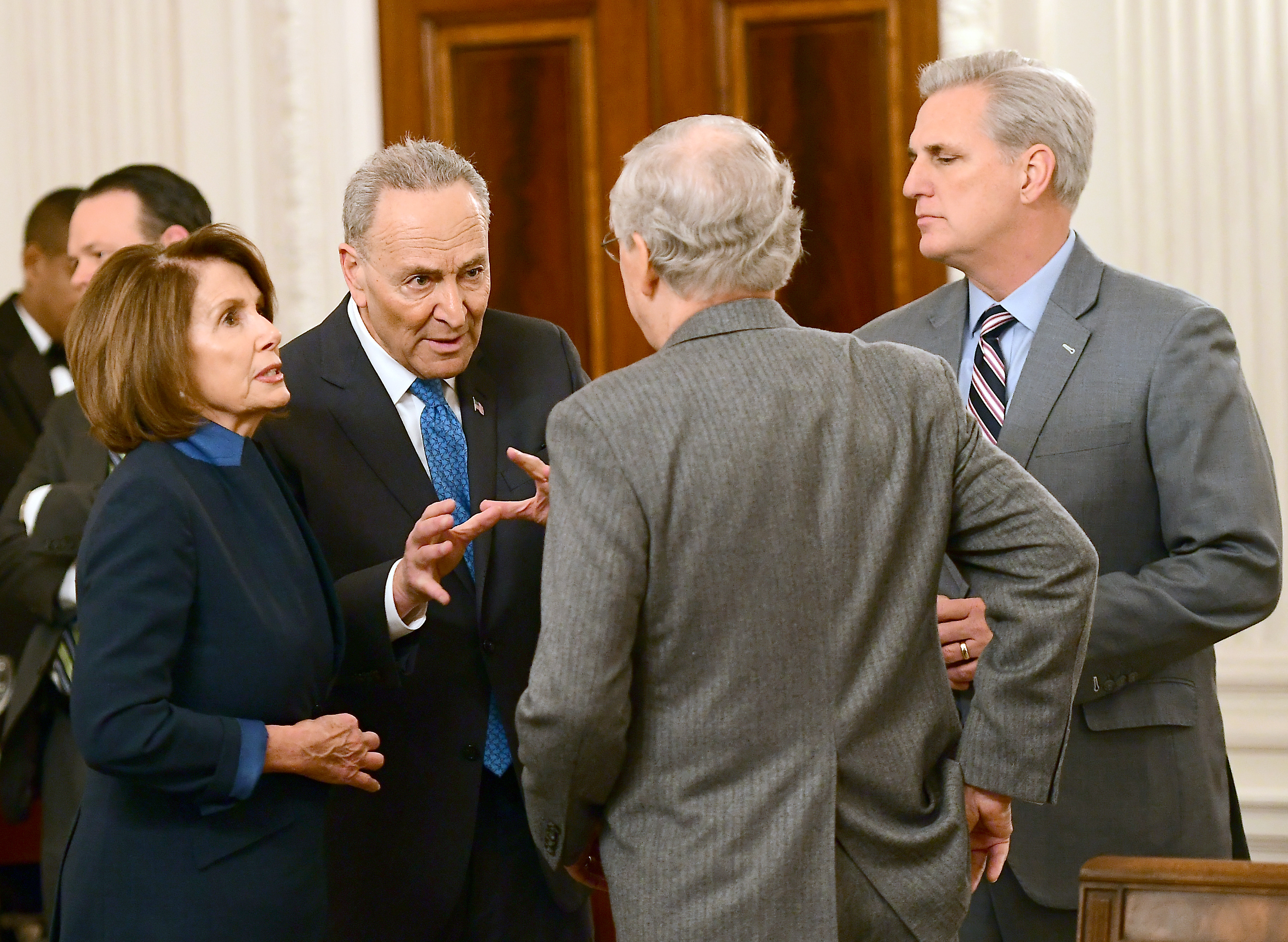 Prospects for the relief bill were dire earlier this week when House Speaker Nancy Pelosi introduced her own version of the Senate-approved bill that featured funding pushes unrelated to the coronavirus, including aspects of the Green New Deal.

Trump and his Cabinet members & GOP leaders in Congress are all crowded into a tiny space behind his desk. #coronavirus pic.twitter.com/PBPIAVI8TQ

Democrats won’t let us fund hospitals or save small businesses until they get to dust off the Green New Deal,” McConnell said on the Senate floor. “This has got to stop. And today is the day it has to stop. The country is out of time.” (RELATED: Mitch McConnell Restructures Campaign Into Meals Effort For Kentuckians Affected By Coronavirus)

Congress must approve the deal, without all of the nonsense, today. The longer it takes, the harder it will be to start up our economy. Our workers will be hurt!

While the Senate is adjourned until April 20th, Majority Leader Mitch McConnell warned Senators to “stay nimble,” as more funding may be necessary.

Pelosi has already said she plans to begin drafting a fourth spending bill, but her Republican colleagues are more reluctant. (RELATED: Pelosi Says Senate Coronavirus Bill Is Discriminatory To Residents In DC, One Day Before House Vote)

“I wouldn’t be so quick to say you have to write something else,” House Minority Leader Kevin McCarthy said at a press conference Thursday. “Let’s let this bill work, just as long as we let the other two bills work as well. And whatever decision we have to make going forward, let’s do it with knowledge, let’s do it with the experience of what’s on the ground at that moment in time.”