Security forces blocked off Yangon’s Mingalar Taung Nyunt neighborhood including the Ma Hlwa Kone train station and state housing for railway workers, the AP reported. Officials blocked off streets and prevented people from leaving the area and at least three arrests were reported but unconfirmed.

Local reports said some residents were forcibly removed from their homes, though the workers did not appear to resist the security forces, the AP reported. (RELATED: Myanmar Military Censors Coverage Of Unrest, Detaining Journalists, Revoking Media Licenses) 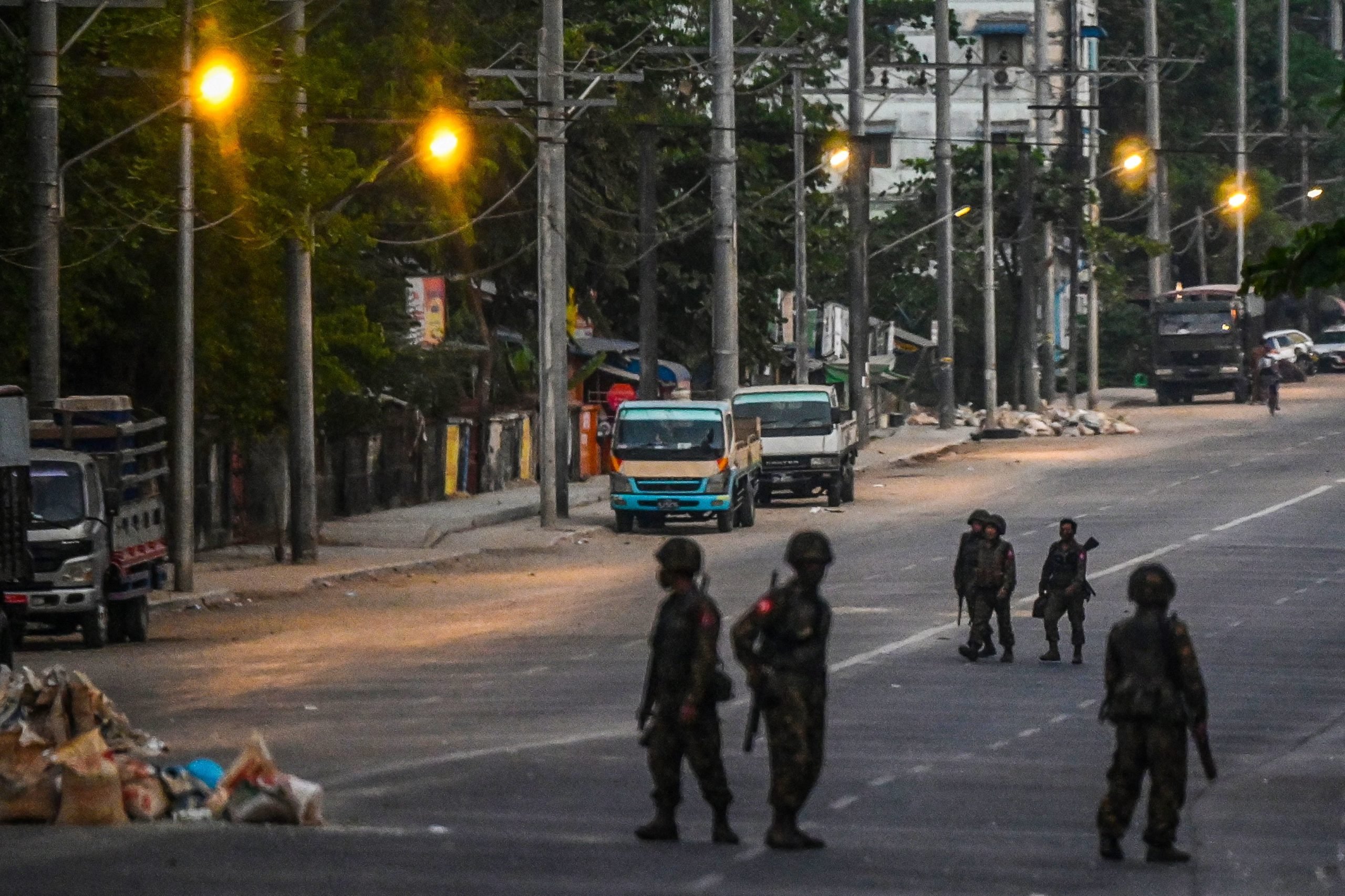 Soldiers keep watch as they block an empty street in Yangon on March 10, 2021, as security forces continue to crackdown on demonstrations by protesters against the military coup. (STR/AFP via Getty Images)

The Myanmar Railway Worker’s Union Federation issued a statement with other unions calling for a nationwide labor strike towards “the full, extended shutdown of the Myanmar economy,” the AP reported.

Police attempted to break up protests later Wednesday with tear gas, live munitions and stun grenades, the AP reported. At least 200 people were reportedly arrested and around 400 people who were detained during mass arrests last week are believed to still be in custody.

Anti-coup demonstrations continued across Myanmar despite an increase in violent responses from security officials, the AP reported. Police forces targeted some of the protests while others were short and peaceful.