Murray said Benson’s directive was illegal because it violated the Administrative Procedures Act, according to a March 9 ruling. Murray found Benson’s instructions created a new set of rules but didn’t follow the process for creating a formal rule change.

“The guidance issued by the Secretary of State on October 6, 2020, with respect to signature-matching standards was issued in violation of the Administrative Procedures Act,” Murray wrote.

“Policy determinations like the one at issue– which places a thumb on the scale in favor of a signature’s validity – should be made pursuant to properly promulgated rules under the APA or by the legislature,” Murray added.

Murray said the guidance, which had not been rescinded following the November election, appears to remain “in effect for local clerks with respect to upcoming elections.” 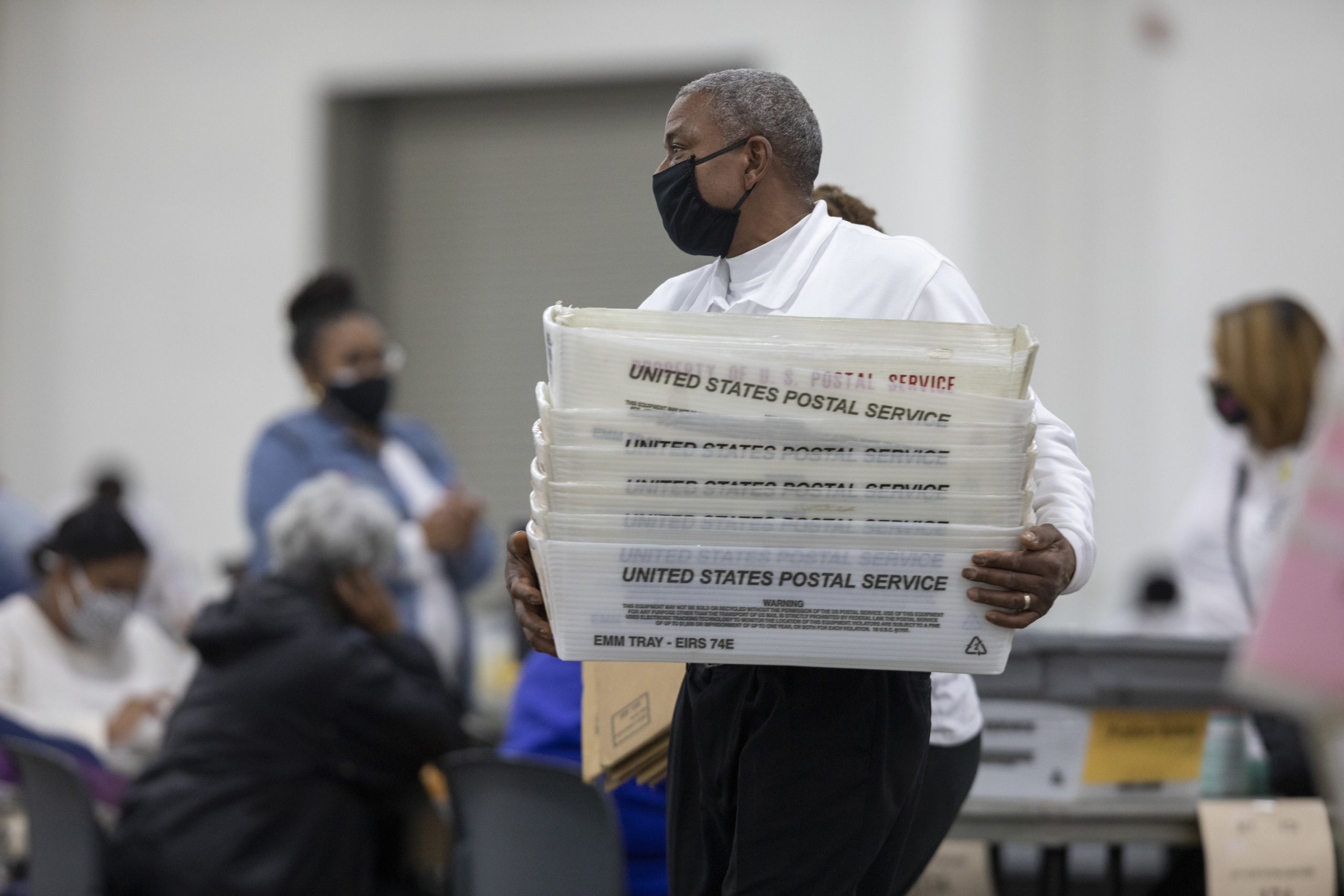 DETROIT, MI – NOVEMBER 04: A worker with the Detroit Department of Elections carries empty boxes used to organize absentee ballots after nearing the end of the absentee ballot count at the Central Counting Board in the TCF Center on November 4, 2020 in Detroit, Michigan. ( Elaine Cromie/Getty Images)

The complaint was filed before the Nov. 3 election by the Michigan Republican Party and Allegan County Clerk Robert Genetski who claimed the signature standards implemented by Benson allowed “invalid” ballots to be counted, according to MLive. (RELATED: Michigan Voting Software Glitch Reportedly Skewed Results, Triggering Manual Recount In At Least One County)

Michigan law orders election clerks to match signatures on absentee ballot applications and envelopes with the signature on file, according to The Detroit News. State law, however, doesn’t define what constitutes a matching signature, according to the report.

Benson issued guidance in October that said election clerks should presume that signatures on absentee voter ballot applications or envelopes were valid. The guidance said that any “redeeming qualities” such as those having “similar distinctive flourishes” and those with “more matching features than non matching features,” should be validated, according to Murray’s ruling.

Benson’s guidance said only signatures that had drastic inconsistencies should be questioned, Murray noted.

The Michigan GOP hailed the ruling in a statement.

“It was clear from the outset that the Secretary of State had violated Election Law by unilaterally directing local clerks to ignore their statutory obligation to compare absentee ballot signatures,” Ted Goodman, Communications Director of the Michigan Republican Party said in a statement.