Nearly 200 tents fill a plaza near the busiest port for border crossings in Tijuana, Mexico, in less than a month as migrants hope the Biden administration will allow entry into the U.S., the Associated Press reported Friday.

Around 1,500 migrants receive meals from a canopy-covered kitchen, kids play sports and volunteer security guards patrol the camp wearing orange jackets, the AP reported. Some pay to shower at a nearby hotel or to use the restroom at the pharmacy and travel agency.

“The camp is a center for disinformation,” a Honduran man staying in the camp with his family, Edgar Benjamin Paz said, the AP reported. “No one knows what’s going on.” 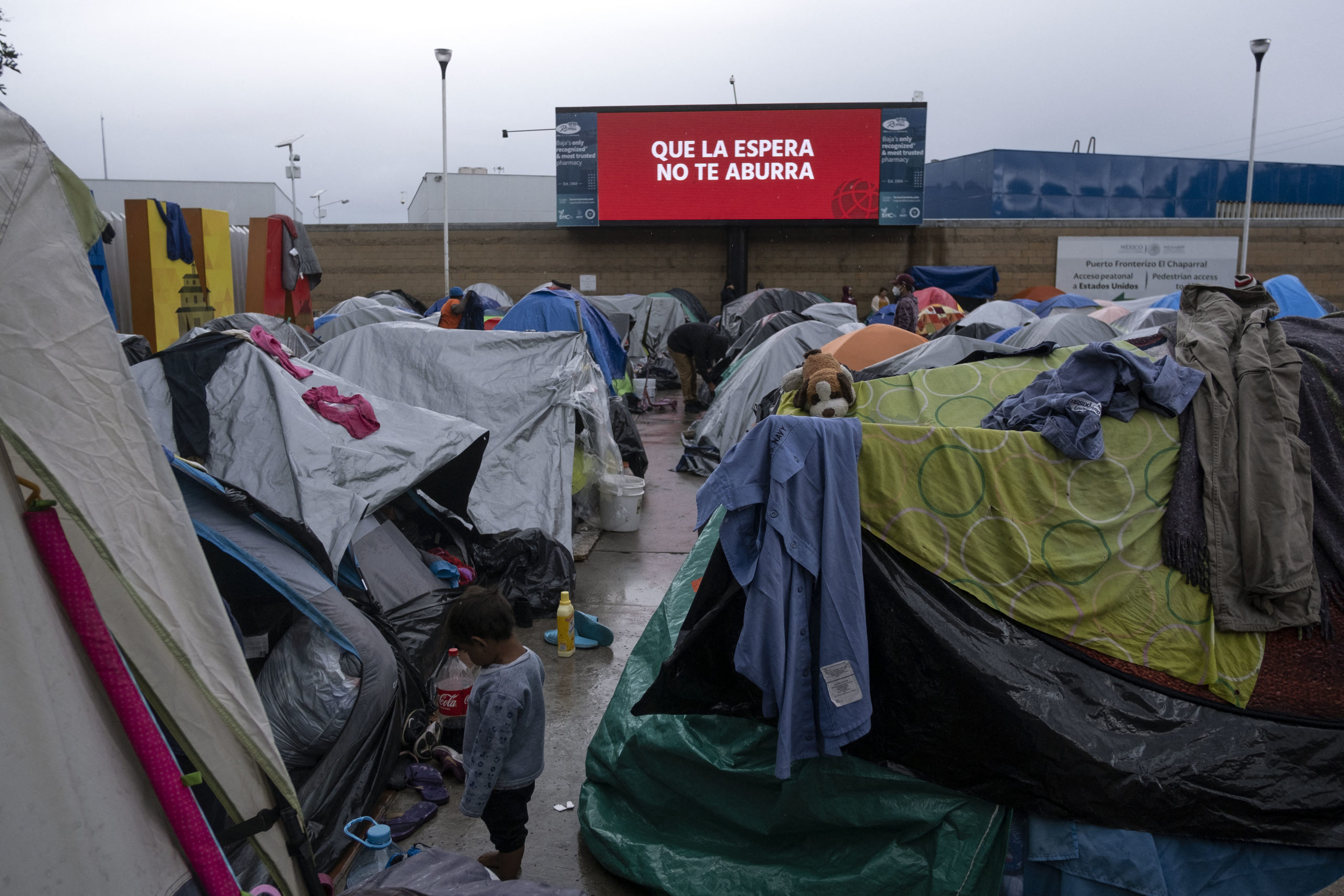 A migrant child stands amid tents at an improvised camp near a screen reading May the wait don’t bore you outside El Chaparral crossing port as he an others wait for US authorities to allow them to start their migration process in Tijuana, Baja California state, Mexico, on March 11, 2021. (GUILLERMO ARIAS/AFP via Getty Images)

The migrants in the tent community hope that the Biden administration will open the U.S. border for a short time without notice or that they will be first in line to claim asylum despite nothing supporting either theory, the AP reported.

“We want to see if they open up, see if they give us some news, see if they respond to our pleas,” Christina, a 39-year-old mother of two from Mexico said, the AP reported. “Nothing is clear,” she added. (RELATED: Biden Is ‘Enticing’ Migrant Minors To Travel To The US, Texas Governor Says)

The Biden administration has started rolling back some Trump-era policies such as the remain in Mexico program and proposed a pathway to citizenship for illegal immigrants living in the U.S., the AP reported. President Joe Biden promised to “create a humane asylum system” through an executive order, though he has not announced any plans to make changes.

The tent community formed after Biden announced a pause on the Migrant Protection Protocols (MPP) and allowed asylum seekers waiting in Mexico to enter the U.S. on Feb. 1, the AP reported. The allowance only applies to the 26,000 active MPP cases and 2,114 migrants were admitted to the U.S. as of Monday.

Paz said migrants misinterpreted Biden’s announcement to mean the border was open, the AP reported. Some of the migrants at the makeshift community arrived months or years before the announcement, including Haitians who arrived in 2016 and families from Central America fleeing natural disasters and unstable economic conditions.

Customs and Border Protection encountered over 100,000 migrants including more than 9,000 unaccompanied minors in February 2021, according to the agency.