Boothe announced her iHeartRadio podcast “The Truth with Lisa Boothe” earlier in March. The podcast plans to “cut through the noise and get straight to the heart of what actually matters,” and its very first episode features an exclusive, lengthy interview with Trump – one of the few interviews he’s done since leaving office.

“I don’t think we’ve had a president that the media has lied about more … than President Trump,” Boothe told the Caller. “So it was an honor to speak with him. I talked to him at length about a variety of things – we got into the border crisis, he even gave [President] Joe Biden some advice on how to handle the border crisis.”

“We also got into some of the future players in the Republican Party who he is looking at … I talked to him about the Durham report – when we might see that – and also if he [Biden] was bought and paid for by China,” Boothe said in an exclusive preview of what to expect from the interview. 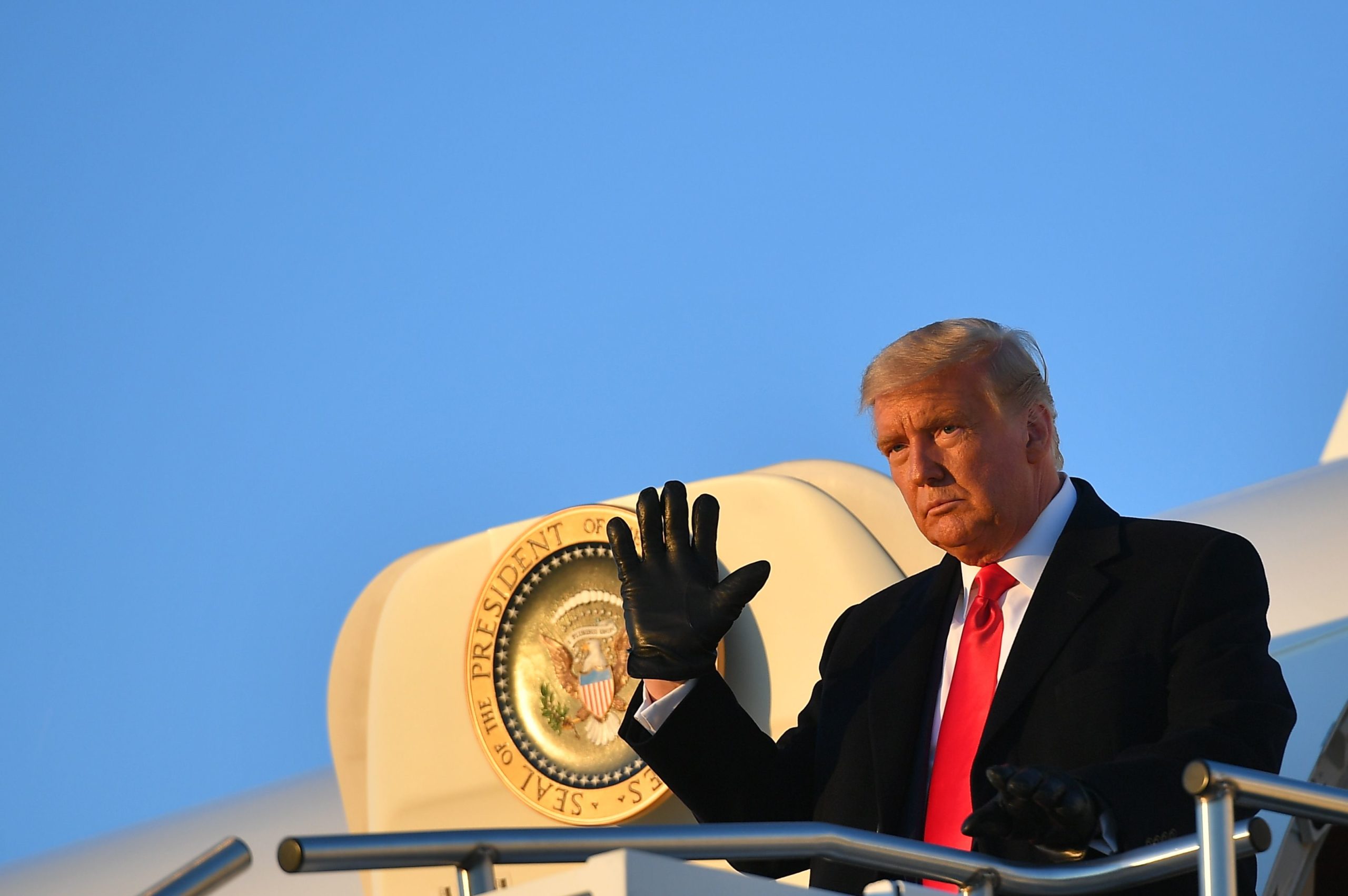 US President Donald Trump steps off Air Force One upon arrival at Pittsburgh International Airport in Pittsburgh, Pennsylvania on October 31, 2020. (MANDEL NGAN/AFP via Getty Images)

During one portion of the podcast, which airs Monday morning, Trump slammed multiple media publications and said that the U.S. no longer has “a free press.” He used the current border crisis as an example and suggested legacy outlets are not adequately covering the situation, according to a transcript obtained by the Caller.

“This is not a free press,” Trump told Boothe during one part of the podcast. “This is a press that we have to be very, very smart to get around, but they don’t cover bad things if it happens to be bad for Democrats. It’s pretty amazing. You take a look at some of the coverage and some of the travesty that’s taking place at the border, and the coverage is not commensurate.”

The lengthy Trump interview also dives into whether the former president plans to run for office again – but Americans will have to tune into Boothe’s podcast to find out more, she said.

“Everyone’s going to want to listen to this interview,” Boothe said.

Boothe’s nearly hour-long interview with Trump airs at 6 a.m. Monday morning. She told the Caller that she hopes her platform can “counter false narratives” and “stand up for the truth,” slamming the “group think” going on among the media. (RELATED: Trump Announces Interview Appearance On Fox News)

“One of my biggest concerns right now in our country is that leftists control basically all of our institutions,” Boothe explained. “They control the federal government, they control corporations … And with all that control, they’re able to dictate and to control the narrative and the information flow to the American people.”

“‘The Truth with Lisa Boothe’ would be a platform for those kinds of voices countering the false narratives that end up taking hold and that are driven,” she said.