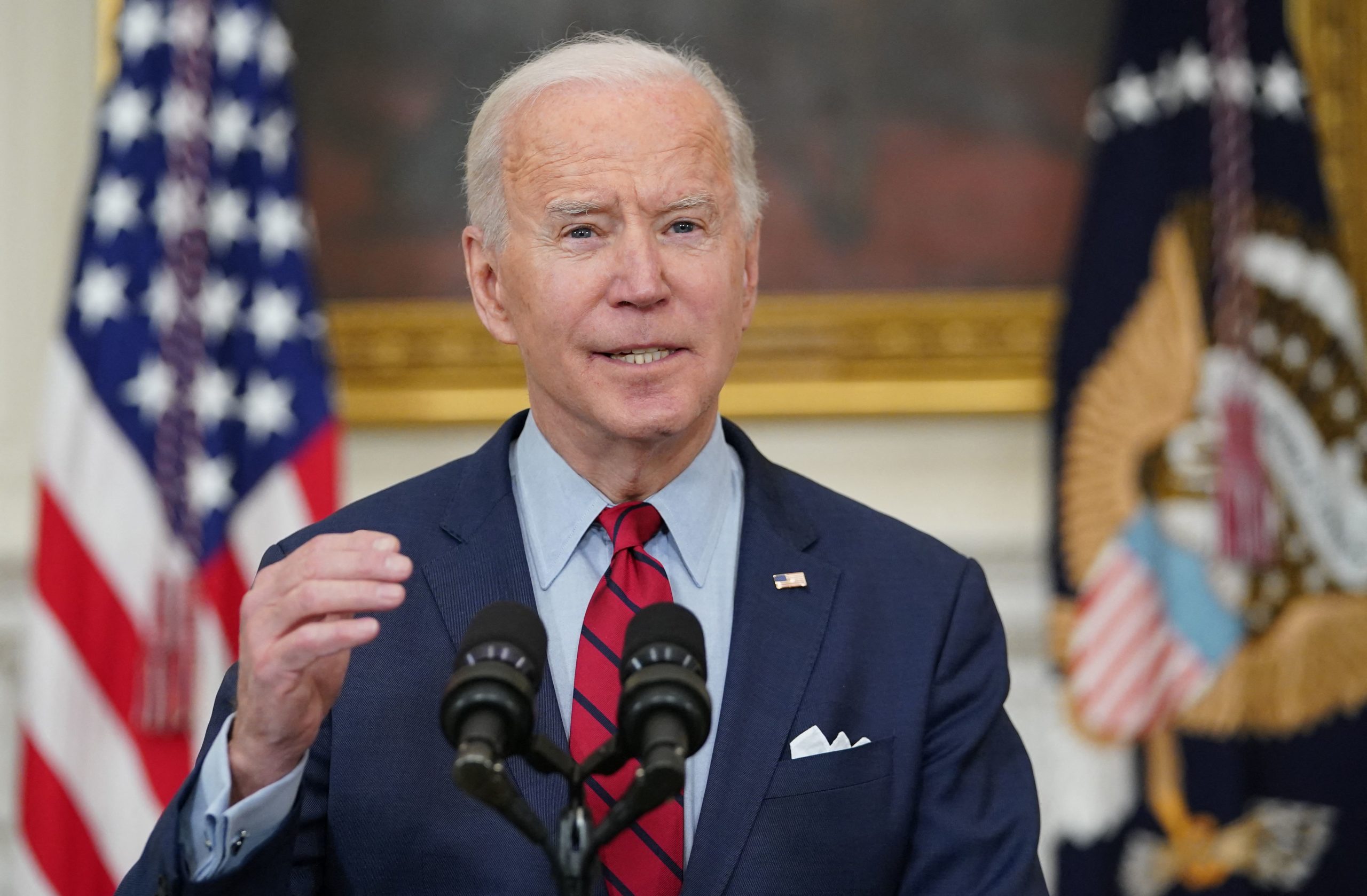 US President Joe Biden speaks about the Colorado shootings in the State Dining Room of the White House in Washington, DC, on March 23, 2021. (Photo by MANDEL NGAN/AFP via Getty Images)

Biden, who frequently talked about his desire for increased gun control during the 2020 general election, made the comments before departing the White House for Columbus, Ohio.

“While we’re still waiting for more information regarding the shooter, his motive, the weapons he used, the guns, the magazines, the weapons, the modifications that apparently have taken place to those weapons that are involved here, I don’t need to wait another minute, let alone, an hour, to take common sense steps, that will save lives in the future and urge my colleagues in the House and Senate to act,” the president stated. “We can ban assault weapons and high capacity magazines in this country once again.”

“This is not a partisan issue. It is an American issue,” he continued. “But we have to act.”

You can watch his remarks in their entirety below.

The president was first briefed on the tragedy Monday evening and received multiple briefings Tuesday morning as new information came to light, according to White House press secretary Jen Psaki.

Biden also ordered flags on federal properties to be flown at half staff ahead of his remarks from the White House.

Tuesday’s address also marks the second time in the past week that Biden has addressed gun violence.

Biden spent his Friday trip to Atlanta, Georgia, originally scheduled as part of the administration’s “Help is Here” coronavirus stimulus tour, meeting local Asian American leaders and addressing the string of shootings that killed eight individuals, six of whom were women of Asian descent.