Last week, former President George W. Bush said he’s not worried about the current moment in American politics because “these populist movements begin to fritter over time.” I don’t know Bush well personally, but I served in his administration for eight years. As a senior staffer to Vice President Dick Cheney, I was in numerous meetings with Bush each week. While I did not agree with the president on every policy issue, I did leave my service with a feeling that, agree with him or not, Bush is a good person who cares a lot about our country.

That’s why his statement is so frustrating. 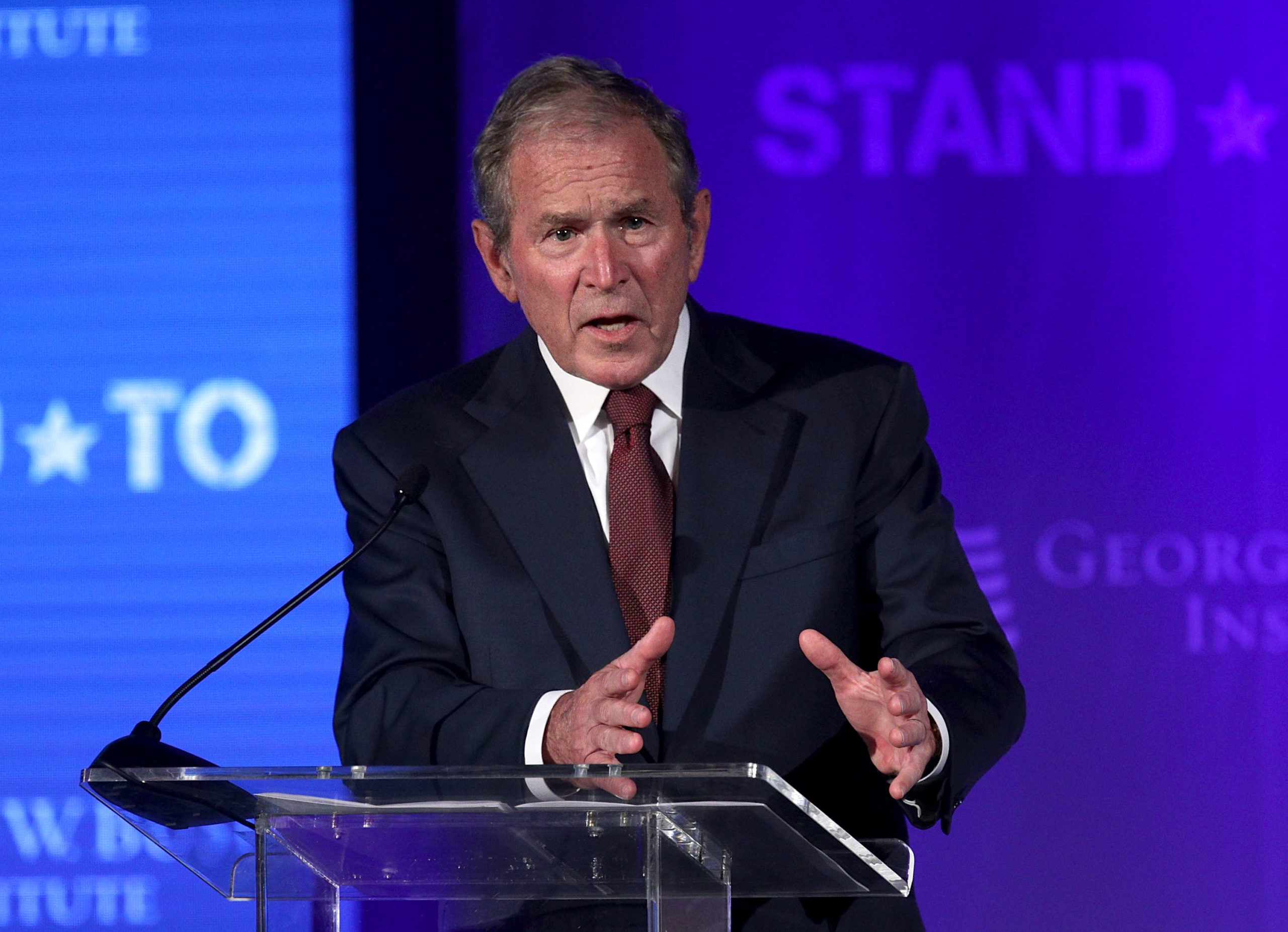 The country is going through profound changes and political difficulties, to say the least. Populist sentiments started way back with the Tea Party movement on the right in 2009 and the Occupy Wall Street movement on the left in 2011. You could even argue that the first signs surfaced with the Ross Perot presidential candidacy in 1992. The populist movement has been building for many years, and it shows little sign of slowing down. The majority of voters on the Republican side are Trump populists, and all the energy in current Democratic politics is with the socialist wing led by Sen. Bernie Sanders and Rep. Alexandria Ocasio-Cortez. (RELATED: 3 Issues Can Unite Left And Right Populists Against The Biden-Harris Regime)

Populism is, of course, less of a political ideology than it is a sign people are unhappy with American leadership. The approval and trust levels for elected leaders and leading institutions have been in free-fall for years. On the left and on the right, there is a growing belief that society’s riches are flowing too heavily to a privileged and well-connected few and not enough to the average American. On the left, there is a strong desire to redistribute more wealth through huge tax changes. On the right, the focus is on issues such as immigration, trade and globalization.

If you are an American leader during this time of unrest, you have a couple of options to choose from. First, think deeply about why people are upset and whether our system could use any fundamental reforms. Second, if you conclude things are fine without reforms, work as hard as possible to convince people why things are OK and/or how change could make things worse. In these scenarios, the unrest we are seeing could cause Americans to come together in a constructive way. The best historic example of constructive populism may be when anti-tax populist sentiments rose in Boston in the late 1700s. Enlightened and engaged leaders were able to harness the populist energy toward positive outcomes: the Declaration of Independence, the Constitution and the formation of the country we now love.

In the worst-case scenario, our leaders can ignore the warning signs and hope things just fritter away. That’s the scenario we are in, unfortunately. Populism can definitely turn ugly. We have seen some of that already. And historically, ignoring the concerns of regular people led to almost 100 years of repressive communist rule in Russia and the development of a Nazi state in Germany that didn’t end until millions were killed in a world war.

Our leaders aren’t ignoring all of today’s warnings because they are bad people; they do it because our society has become so segregated that people who are thriving are surrounded almost exclusively by others who are also thriving. This segregation facilitates worldviews that can grow detached from reality.

Washington’s business is corporate influence, just as New York’s dominant industry is finance and Los Angeles’ is entertainment. Huge, multinational companies open offices in Washington with the express purpose of shaping the policy agenda. They fund the trade associations; they employ the lobby shops and public relations firms; and their advertising dollars drive the news publications that dominate our capital. An outright majority of departing members of Congress now go to work in this booming multibillion-dollar influence industry. The result is a corporate culture in Washington closely attuned to a big-business worldview, representing those who are thriving in our current system and increasingly out of touch with anything else. 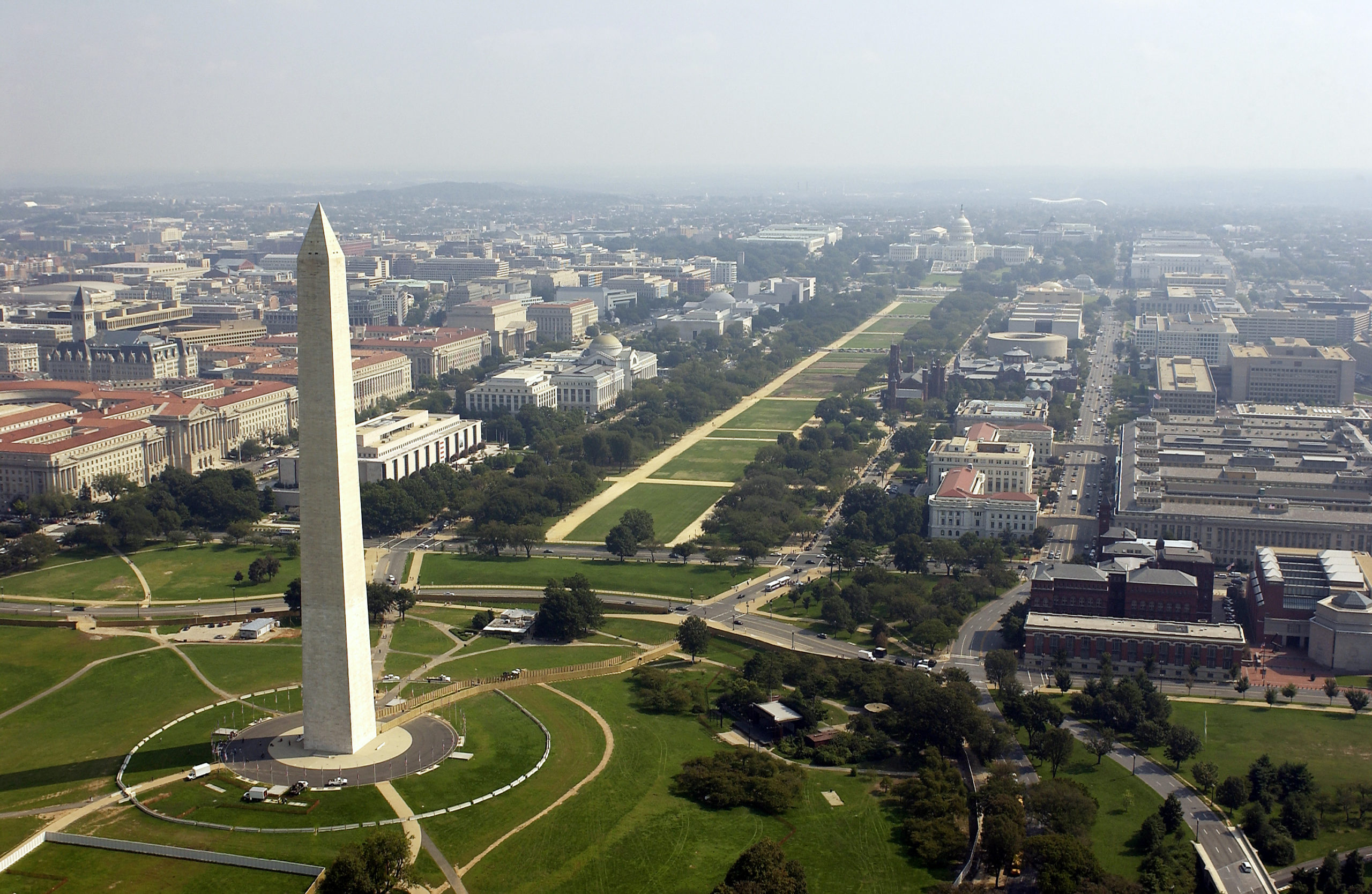 ARLINGTON, VA – SEPTEMBER 26: Aerial photo of the Washington Memorial with the Capitol in the background in Washington D.C. on September 26, 2003. (Photo by Andy Dunaway/USAF via Getty Images)

Due to our extreme segregation in America, Bush and our other national leaders do not engage much on policy matters, except in highly controlled, corporate-dominated environments. The debates at the World Economic Forum at Davos, Switzerland, or the once counterculture and now corporate-culture South by Southwest festival in Austin, Texas, do not reflect the concerns of regular Americans. These events reflect the concerns of the huge corporations that pay millions to sponsor them. (RELATED: World Economic Forum Says ‘Lockdowns Are Quietly Improving Cities Around The World’)

We still have an amazing country with a lot of wealth and a lot of peace by historical standards. Changes to fundamental policies such as taxes, immigration, trade or foreign policy can cause harm. But continuing to ignore the cries for change and hope the problems just fritter away is not the answer. On the contrary, such a strategy increases the chances that our current unrest leads to harmful outcomes. For our country to move in a constructive direction, our leaders need to break out of their bubbles and step up like many before them have done.

Most of our leaders care about our country. I know from years of close contact with George W. Bush that he certainly does. But these leaders are living in a world that is not reflective of America as a whole. The same voters now clamoring for change once voted for Barack Obama and George Bush. They haven’t turned into bad people overnight. They just don’t believe our system is really working for their interests. That concern can lead to positive reform, or it can turn really ugly. It’s still up to us. Either way, this isn’t likely to just fritter away.