Forty years ago today, former President Ronald Reagan gave a speech in front of the AFL-CIO’s Building and Construction union before he was nearly assassinated, Fox News reported.

John Hinckley Jr. shot the president and three others on March 30, 1981, according to Fox News. “I heard a pop and it sounded like someone had popped a balloon and then there was a very short lull, followed by five more pops, and I knew then that someone was firing a weapon,” then-assistant press secretary David Prosperi said, according to The Guardian. (RELATED: EXCLUSIVE: Failed Reagan Assassin Secretly Lives In Lap Of Luxury And No One Seems To Know) 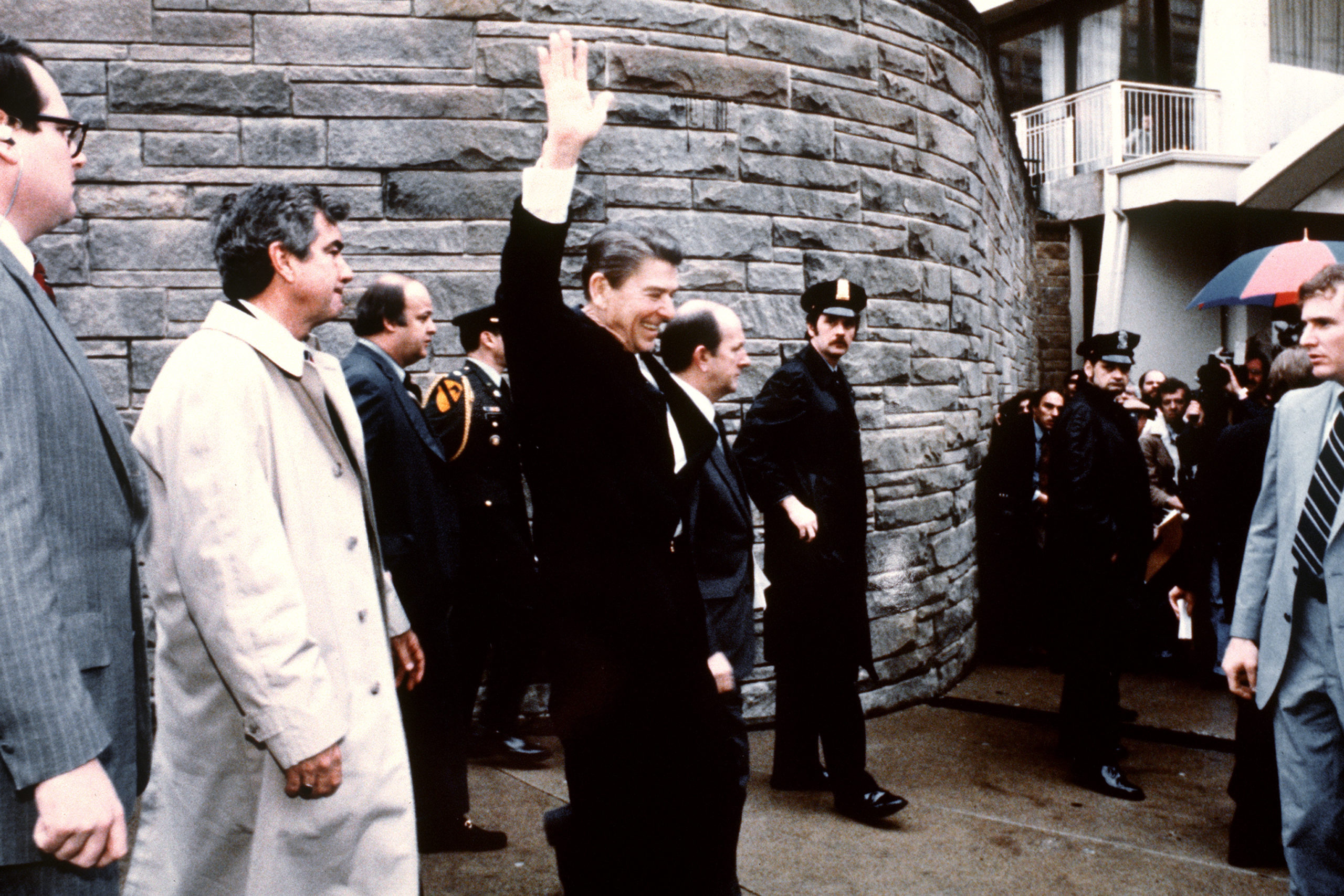 This photo taken by presidential photographer Mike Evens on March 30, 1981 shows President Ronald Reagan waving to the crowd just before the assassination attempt on him, after a conference outside the Hilton Hotel in Washington, D.C. Reagan was hit by one of six shots fired by John Hinckley, who also seriously injured press secretary James Brady (just behind the car). (MIKE EVENS/AFP via Getty Images)

Before he underwent surgery at George Washington University Hospital, Reagan told his wife, Nancy, “Honey, I forgot to duck.” He also joked with the doctors, saying, “Please tell me you’re Republicans,” to which a surgeon replied, “Today, we’re all Republicans,” according to The Guardian.

“People don’t understand how dramatic the day really was. They don’t understand that the president’s life hung in the balance of an inch — a split-second decision. And a split-second itself. The president’s life, if not for the heroic action of a Secret Service agent on the scene, and the doctors and nurses at G.W. hospital — he would’ve died,” Del Quentin Wilber, author of “Rawhide Down: The Near Assassination of Ronald Reagan,” told NBC Washington.

The gunshot caused a lung to collapse, but Reagan continued some of his presidential duties the day after his surgery. Hinckley Jr. was found not guilty of attempted assassination due to an insanity defense, Fox News reported.