Editor’s Note: The article has been updated to reflect that Volkswagen did not accidentally reveal new branding, but attempted to make a joke in honor of the imminent April Fool’s day.

Dear Volkswagen: You lied to me. You lied to AP, CNBC, Reuters and various trade pubs. This was not a joke. It was deception. In case you hadn’t noticed, we have a misinformation problem in this country. Now you’re part of it. Why should anyone trust you again? https://t.co/1rcKT7p0u5

Volkswagen put out a false press release regarding their electric cars. Several people and publications initially believed the information to be true.

The press release, which was quickly removed from the site, revealed that the German automaker was supposedly set to become “Voltswagen,” along with other efforts to rebrand the company and further investment into electric vehicles, USA Today reported.

“Voltswagen is a public declaration of the company’s future-forward investment in e-mobility,” the release said. “The new name and branding symbolize the highly-charged forward momentum Voltswagen has put in motion, pursuing a goal of moving all people point-to-point with EVs.” 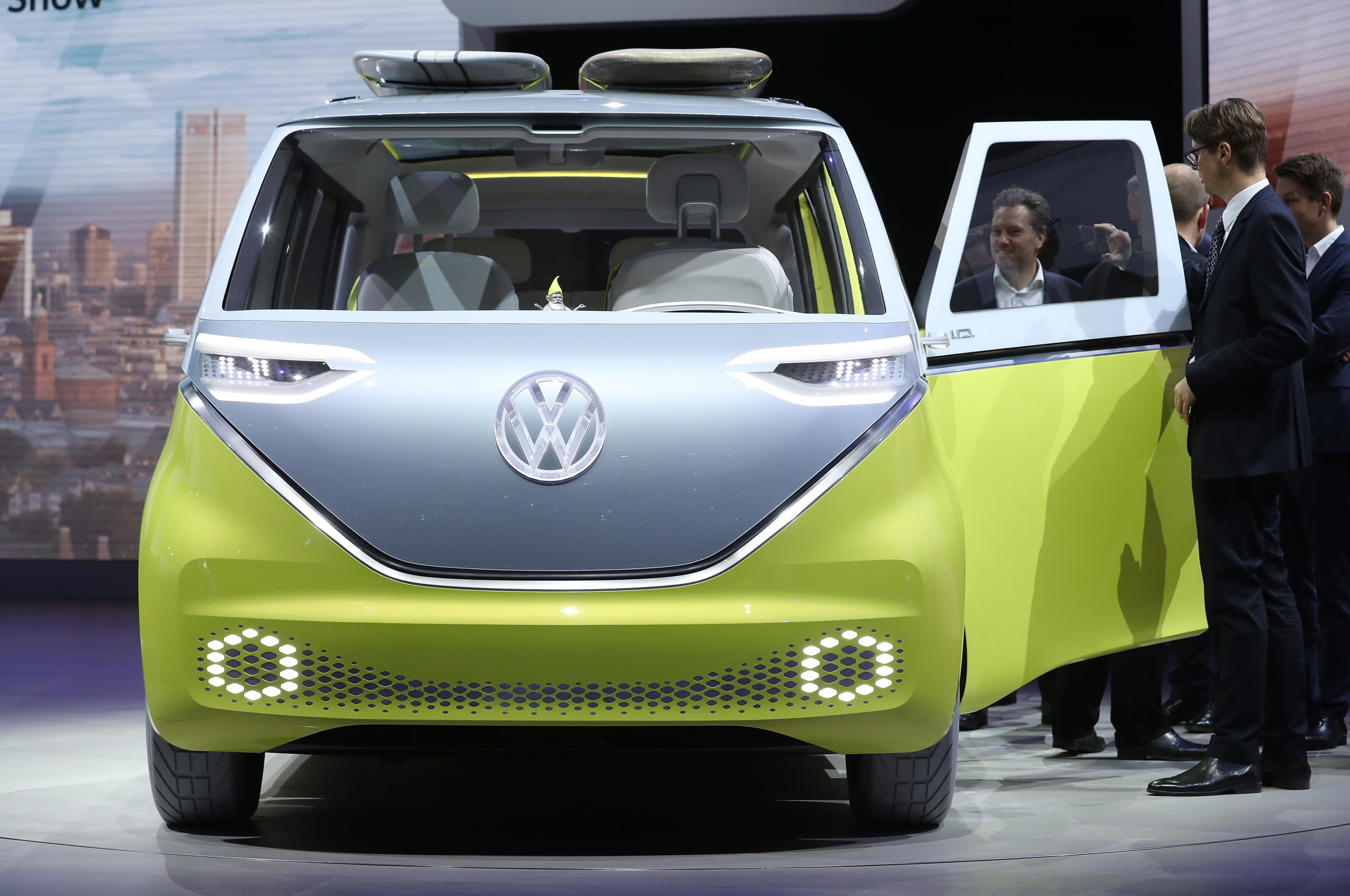 FRANKFURT AM MAIN, GERMANY – SEPTEMBER 11: Visitors look at a Volkswagen ID Buzz electric microbus at the Volkswagen Preview Night prior to the 2017 Frankfurt Auto Show on September 11, 2017 in Frankfurt am Main, Germany. (Photo by Sean Gallup/Getty Images)

The electric vehicles that the automaker was said to be producing were allegedly going to have a “Voltswagen” logo on them, while their gas vehicles continue to have the same “VW” logo, according to the USA Today report.

VW of America CEO Scott Keogh said in the release, “We might be changing out our K for a T, but what we aren’t changing is this brand’s commitment to making best-in-class vehicles for drivers and people everywhere.”

VW has been known for cars like the Beetle, which was discontinued, and Jetta, but have recently made larger cars and SUVs. Some of its competitors, like General Motors and Volvo, announced plans to phase out gas-powered vehicles.