A new analysis of American voters suggests that former President Donald Trump’s increase in support from Latino voters may have actually been, in part, due to the coronavirus pandemic.

Trump’s rhetoric shift from immigration to fears surrounding the negative economic impact of pandemic shutdowns during the 2020 presidential race may have given conservative-leaning Latino voters ample reason to back him even if they opposed him in 2016, an analysis from Equis Labs released Thursday showed.

The report, and first reported by Axios, analyzed data, polling and thousands of interviews and could help identify voting trends among the demographic leading up to the 2022 midterms and 2024 presidential election.

While some Latino voters supported Trump’s proposed border wall and more restrictive immigration policies, they ultimately drew a line at the former president’s referring to Mexicans as “rapists” or his administration’s family separation policy, the report said. But in 2020, many feared the economic repercussions from closed schools and businesses more than getting sick from the coronavirus. (RELATED: Fear of Socialism, Medicare-For-All Drove Florida Latinos To Vote Republican, Former State Rep Says) 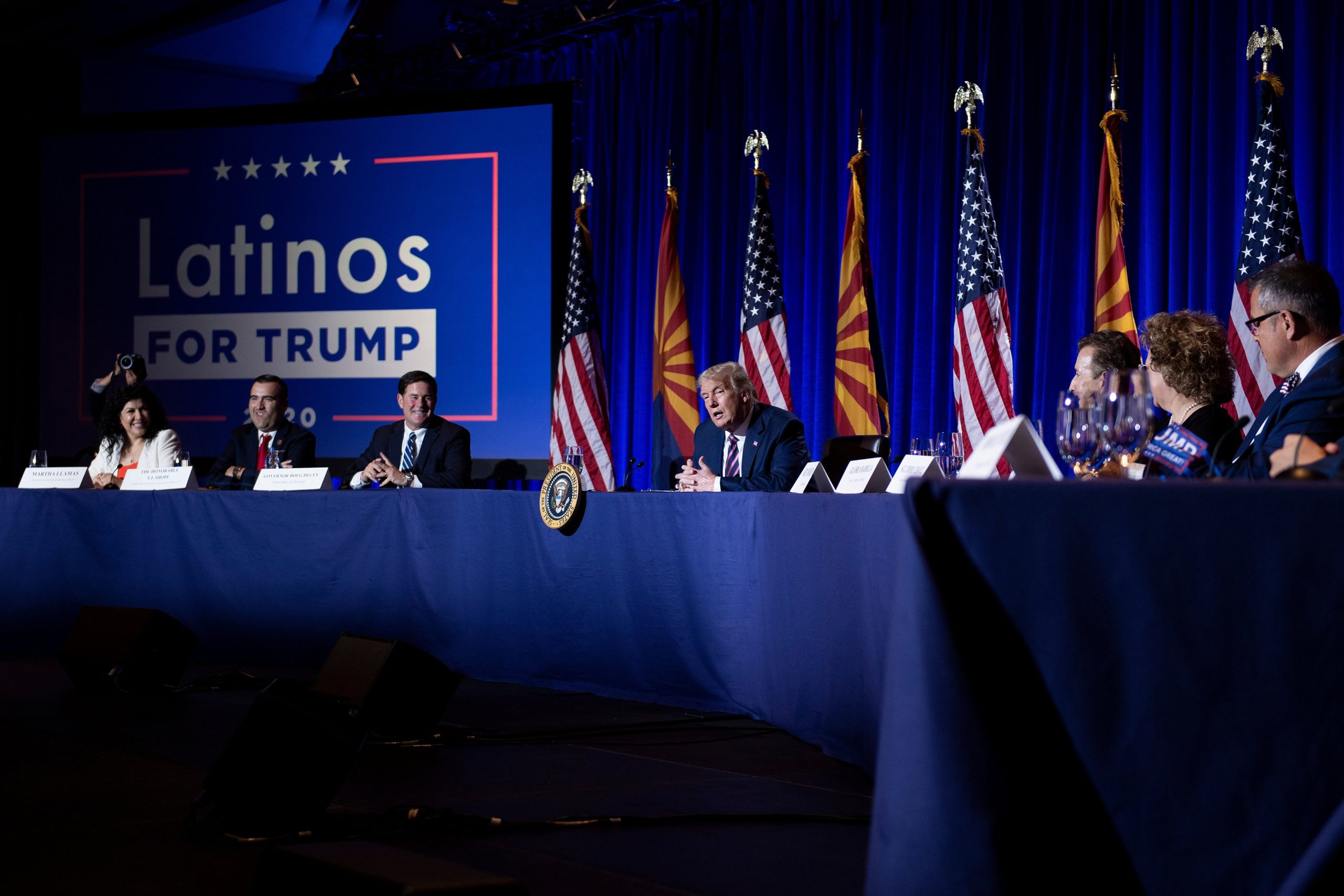 President Donald Trump speaks during a roundtable rally with Latino supporters at the Arizona Grand Resort and Spa in Phoenix, Arizona on September 14, 2020. (BRENDAN SMIALOWSKI/AFP via Getty Images)

Trump and his strategists also understood that Latino voters were not one monolithic group, meaning that they were more politically persuadable than many Democrats assumed, the report said, adding that Latino Democrats were not as enthusiastic about voting for President Joe Biden as they were about Hillary Clinton in 2016.

Though Biden still won about two-thirds of Latinos overall, Trump’s gains among the demographic were seen nationwide, not just in Latino-heavy states like Texas and Florida. Latino precincts in Massachusetts, Wisconsin, New Jersey and Nevada all shifted towards the former president by between 6 to 20 points from 2016 to 2020, the report found. (RELATED: Trump Wins Florida, Improves On 2016 Margin)

The most Clinton-Trump Latino voters were Cubans in Florida, where 15% who voted for Clinton in 2016 did so for Trump in 2020, according to an Equis/Cuba Study Group survey cited in the report. In other states, Trump’s inroads came mostly from Latino voters who did not participate at all in 2016.

In Nevada, they were “less ideological, younger, more foreign-born than regular Trump voters,” the report said.

For Democrats to attempt to reverse Republican gains among Latino voters, the report’s researchers said, they must commit to continued engagement and investment within their communities instead of solely campaigning in them months before an election. They added that Trump’s campaign took advantage of Democrats’ complacency and launched ads targeting low-information Latino voters on platforms they more often used.