Hundreds of corporations, celebrities and top executives announced their unified opposition Wednesday to “any discriminatory legislation” that makes it more difficult for people to vote.

The statement appeared in advertisements in The New York Times and The Washington Post, and follows dozens of other companies, including General Motors, Ford, Coca-Cola and Major League Baseball (MLB) that have objected to voting laws that Republican state legislatures have pushed throughout the U.S.

“We stand for democracy,” the statement, first reported by the Times, says. “We should all feel a responsibility to defend the right to vote and to oppose any discriminatory legislation or measures that restrict or prevent any eligible voter from having an equal and fair opportunity to cast a ballot.” (RELATED: Major Corporations Plan Opposition To GOP Voting Bills) 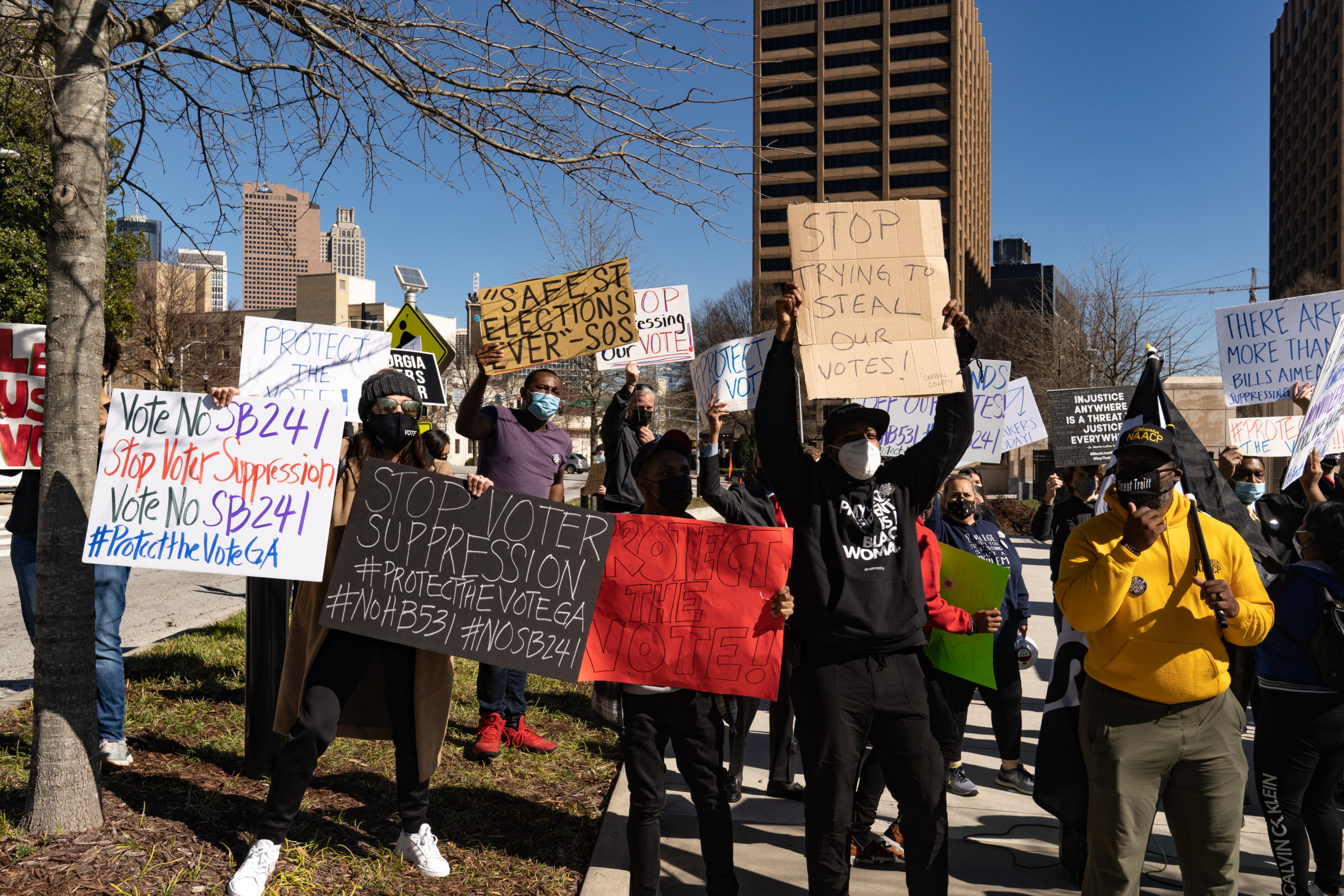 Demonstrators stand outside of the Georgia Capitol building in opposition to voting bills weighed by the Republican state legislature. (Megan Varner/Getty Images)

Among the hundreds of signees were Michael Bloomberg, Warren Buffett, John Kushner, the founder of the venture capital firm Thrive Capital and the brother of Jared Kushner and dozens of actors and CEOs. It was signed by Amazon, Apple, American Airlines, Bank of America, Facebook, Netflix, Target, Twitter and dozens of additional corporations.

The advertisement does not point to specific legislation in different states, but in separate statements companies have called out specific bills and actions. Michigan’s biggest corporations, including GM, Ford, Quicken Loans and Detroit’s four professional sports teams announced their joint opposition to 39 bills pushed by the Republican state legislature, and in Georgia the MLB relocated its All-Star Game after Gov. Brian Kemp signed SB 202 into law in late March.

Many Republicans have criticized the corporate actions. Senate Minority Leader Mitch McConnell said corporations should “stay out of politics” last Monday, and former President Donald Trump called for the boycott of dozens of companies who had spoken out against the GOP’s voting laws.