“The bombing of Tel Aviv and the oil pipeline facility between Ashkelon and Eilat. God is great and glory is to God alone,” read one of the tweets in translation, along with a picture of an Israeli oil pipeline in flames after a rocket attack. 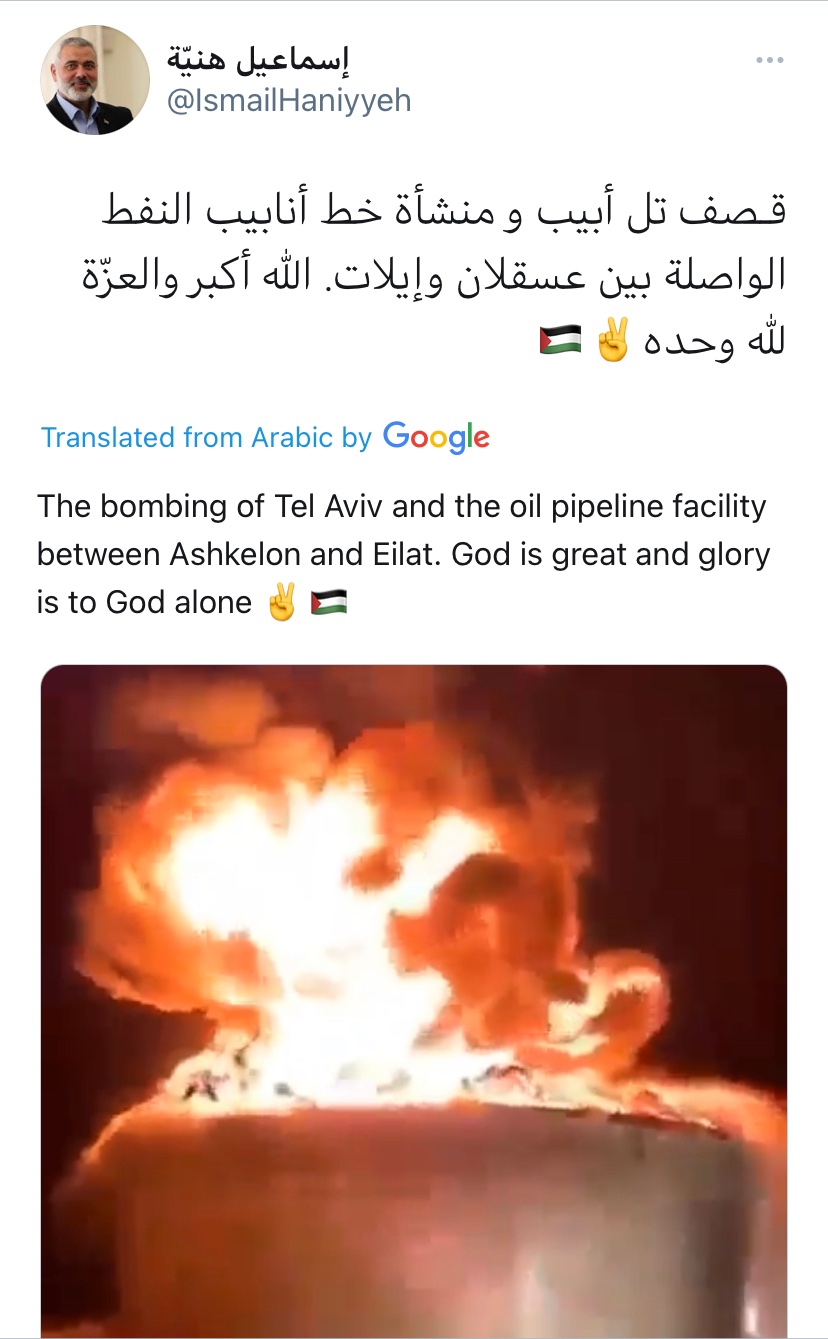 “This is the sky of our occupied lands, or what is called Tel Aviv, and our missiles illuminate the sky from all sides. God is great and glory to God,” Haniyeh said in another tweet celebrating rocket attacks over Israel’s largest city. 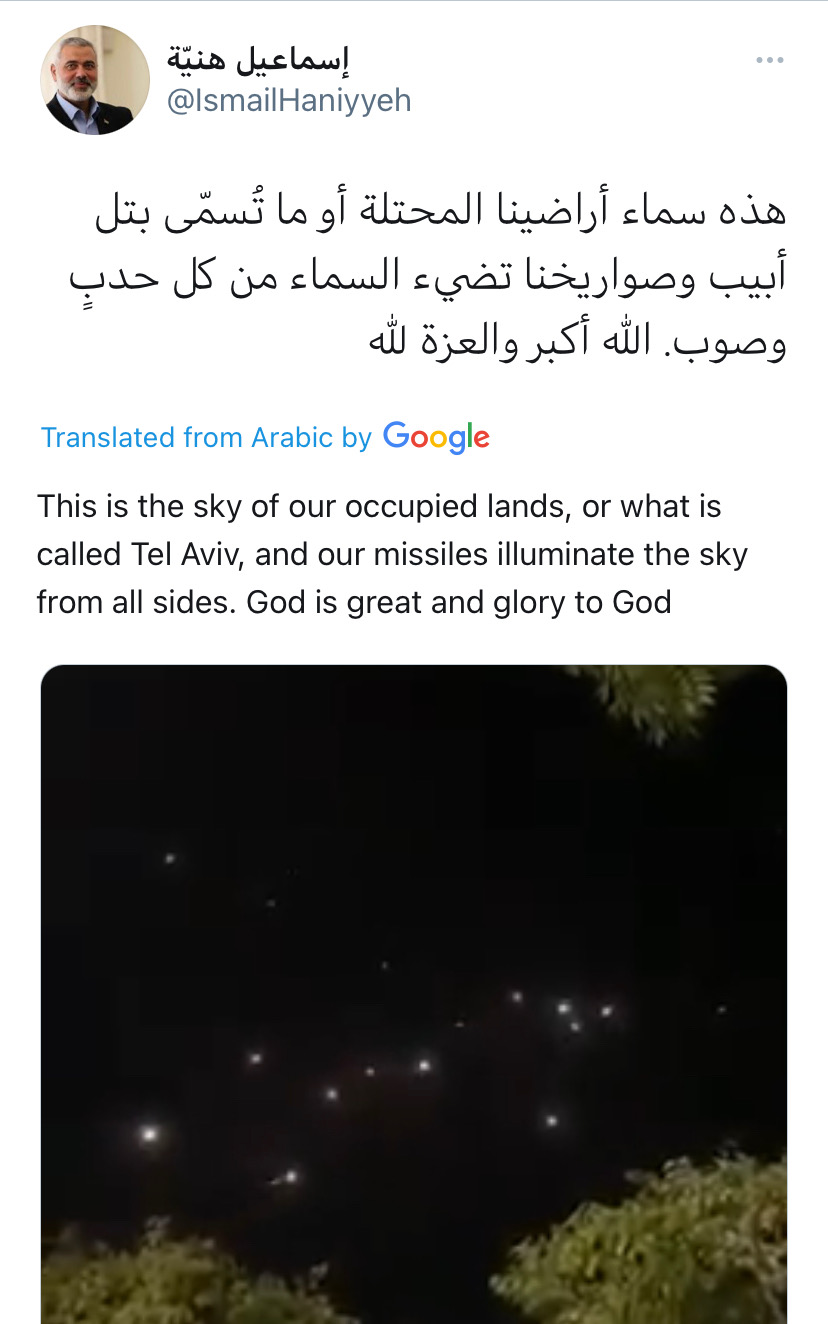 “Ashkelon is now after the missile of the valiant resistance rained down on their home,” he added about the destruction in the southern Israel city. 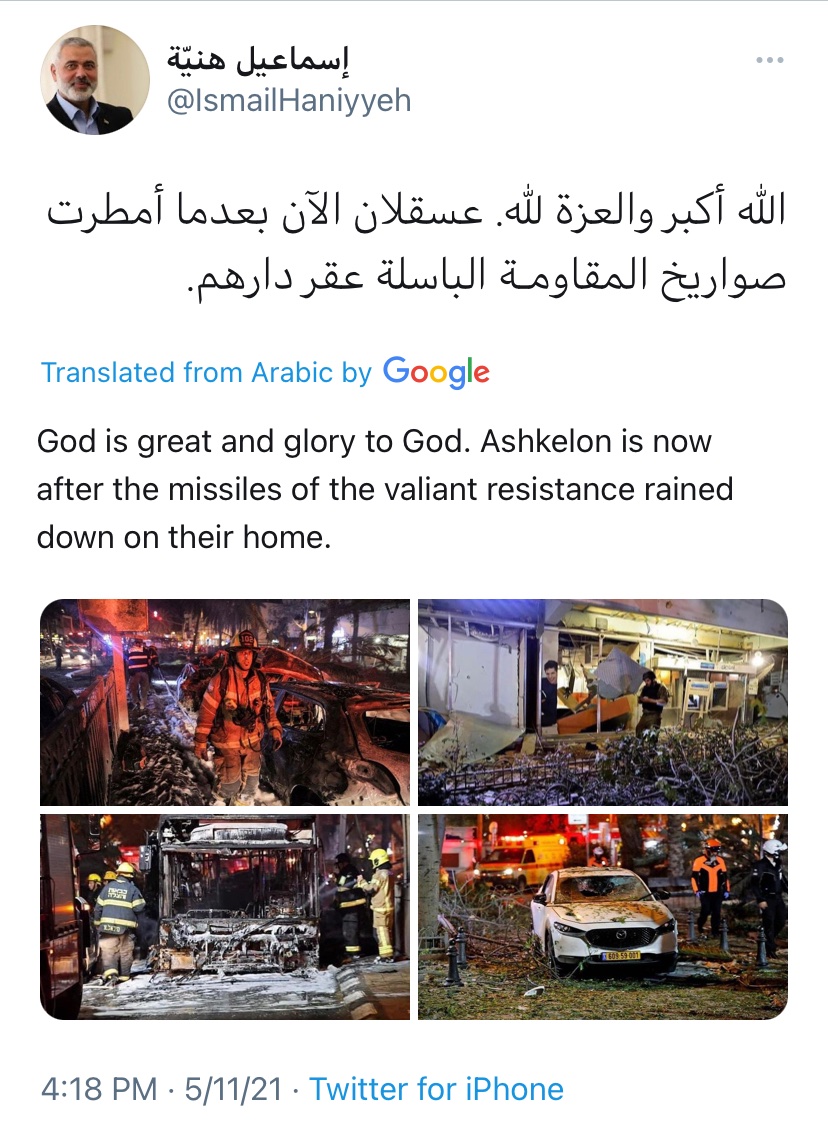 In some of the worst fighting between the two sides since the 2014 Gaza War, Hamas — which governs the Gaza Strip and is designated by the U.S. and EU as a terrorist organization — has fired hundreds of rockets into central and southern Israel over the last 48 hours. Many of these were intercepted by the Iron Dome, Israel’s missile defense system.

Israel Defense Forces (IDF) have responded with airstrikes of their own against Hamas targets in Gaza.

In addition to tweets from the Hamas leader, Twitter also took down a widely-circulated tweet from a Pakistani actress who shared a fake quote from Adolf Hitler in order to show solidarity with Hamas. (RELATED: ‘Their Blood Is On Their Own Hands’: Netanyahu Says Hamas And Islamic Jihad Will ‘Pay A Very Heavy Price For Their Aggression’)

The Ayatollah of Iran also tweeted his support for the rocket attacks, which was not taken down by the platform and remains live at this time.

Palestinians are awake and determined. They must continue this path. One can only talk with the language of power with these criminals. They must increase their strength, stand strong, confront the enemy, and force them to stop their crimes. #FreePalestine

All of these tweets were flagged to Twitter by the Daily Caller. A spokesperson did not respond to multiple requests for comment.