Most migrants who illegally cross into the U.S. are rapidly expelled to Mexico where officials have been prepared to care for them, the Los Angeles Times reported Monday.

Mexican officials didn’t have a plan to provide federal assistance to migrants expelled from the U.S. and instead contracted already overwhelmed private companies and charity organizations, according to the LA Times. Mexican shelters are operating at reduced capacity in response to COVID-19, while groups providing food and medical services struggle to meet the migrant’s needs.

“I heard people could stay in America if we came with our children,” Juana Cruz Funez, 40, said after U.S. border officials expelled her and her 8-year-old daughter Itzy to Reynosa, Mexico, the LA Times reported. Cruz and her daughter joined hundreds of other migrants at a makeshift camp at a public square in the Mexican town bordering south of Texas’ Rio Grande Valley. 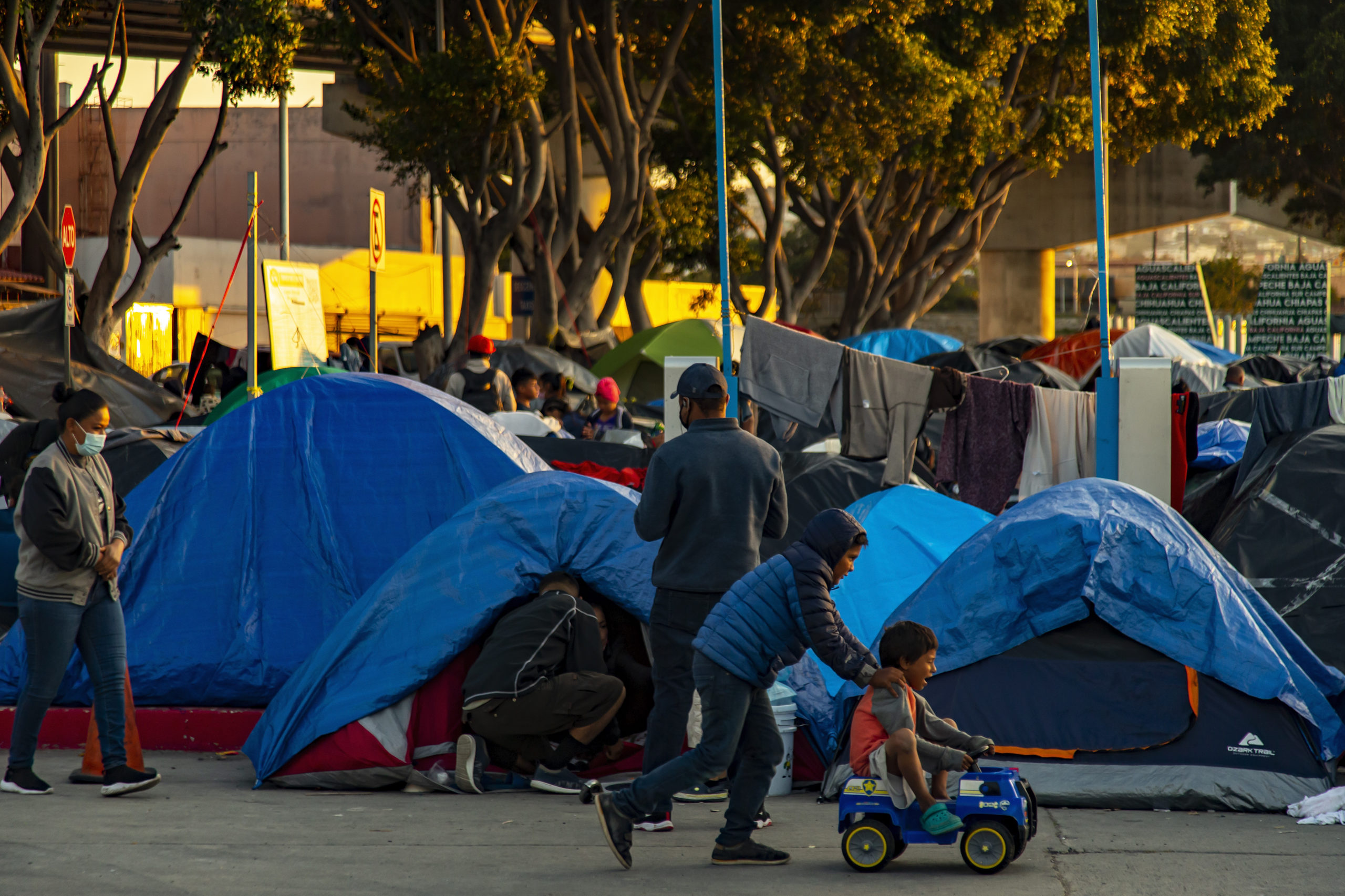 Children play in the makeshift shelter camps for Central American migrants while awaiting entry to the U.S. (Francisco Vega/Getty Images)

The Biden administration’s relaxed border policies and a belief that some families would be allowed to stay in the U.S. pushed migrants to make the journey, Mexican officials said, according to the LA Times. However, the administration has relied on a Trump-era public health order to expel most migrants due to COVID-19.

“The Mexican government does nothing for these needy people,” said Jonathan Hernández, who handed out food to migrants expelled to Reynosa, Mexico, the LA Times reported. “And the president of Mexico is never going to tell the most powerful country on Earth, ‘No, we won’t take them back.’ ”

The Mexican government provides little assistance to migrants and it’s only worsened since more people are moving through the country, the LA Times reported.

“Mexico has neither applied the resources or shown the will to deal with this,” Save the Children Mexico coordinator Jorge Vidal Arnaud told the LA Times. “The situation for migrant families and minors in Mexico is very grave.”

The problems persist through Mexico along the routes migrants take from Guatemala in hopes of reaching the U.S., according to the LA Times. (RELATED: Biden Admin Diverts $2 Billion From Healthcare Programs To Help Illegal Migrant Children)

The Mexican government “is leaving these people alone, without help, and is also leaving us alone with this responsibility,” said Fray Gabriel Romero, who oversees a Catholic shelter in a Mexican town near the Guatemalan border, the LA Times reported.

Mexican officials have acknowledged the government’s inability to care for the influx of migrants, the LA Times reported. The government expects to open 17 new facilities to host migrant families and children in southern Mexico.

“We have to create the infrastructure for this,” Mexico’s Foreign Secretary Marcelo Ebrard said, according to the LA Times. “The children crossing our territory are our responsibility … We have to protect them.”

A Mexican law that went into effect in January prohibits migrant minors from staying in run-down immigration jails despite other government facilities for children being full, the LA Times reported.