Border officials seized nearly 2,400 more pounds of fentanyl from January to April 2021 than during the same period in 2020, according to Customs and Border Protection.

“CBP’s Office of Field Operations has seen a slight increase in narcotic seizures at its southern border ports of entry in fiscal year 2021,” a CBP spokesperson told the Daily Caller News Foundation. “As cross-border travel shifted to essential-travel only, criminal organizations shifted their operations as well. CBP has seen an increase in seizures amongst U.S. citizens and in the commercial environment as both demographics are exempt from the travel restrictions.” 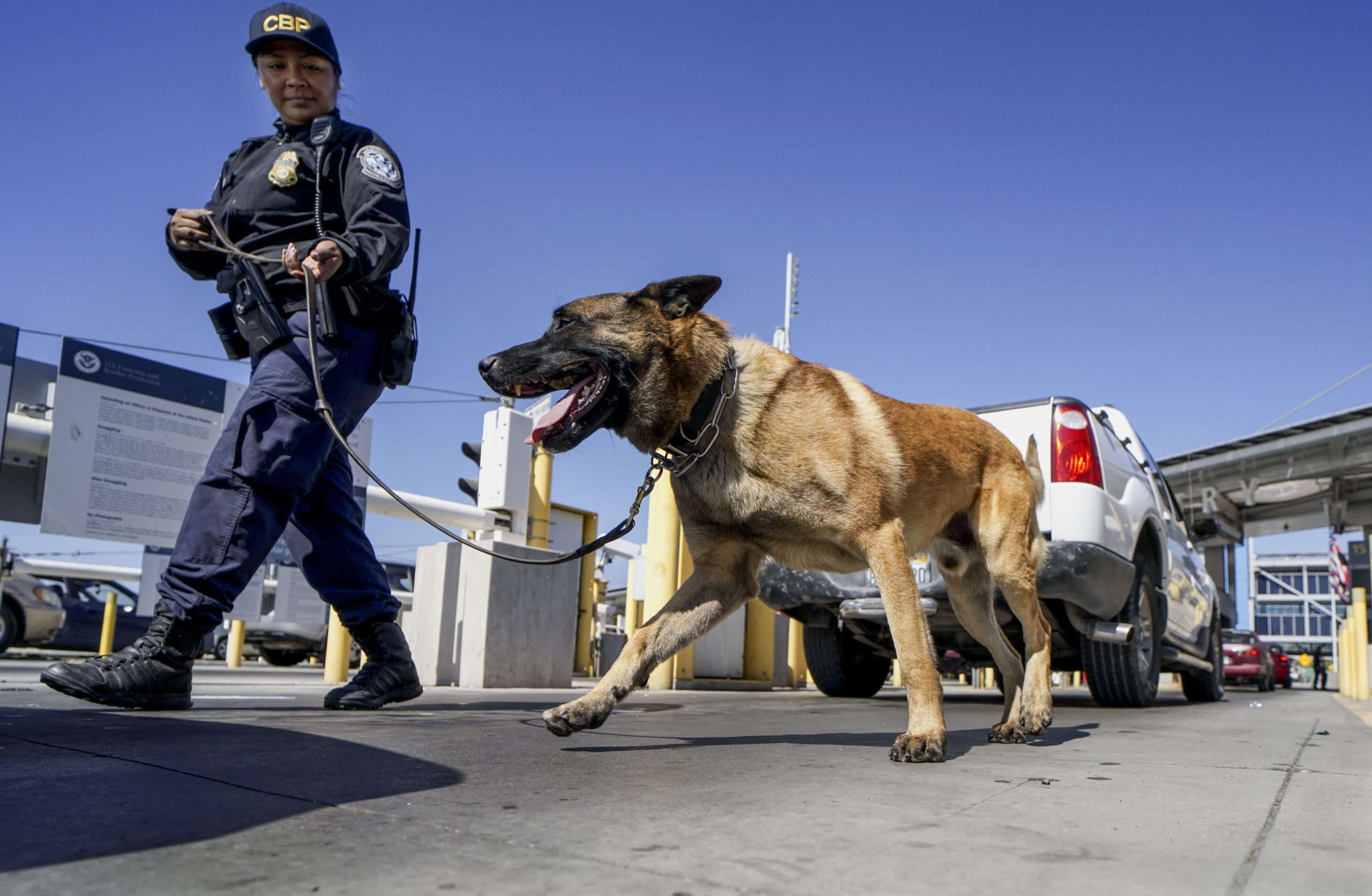 An Immigration and Customs Enforcement (ICE) K-9 agent checks automobiles for contraband in the line to enter the United States at the San Ysidro Port of Entry on October 2, 2019 in San Ysidro, California. (Photo by SANDY HUFFAKER/AFP via Getty Images)

Fentanyl is an opioid that’s around 100 times more potent than morphine, according to the Drug Enforcement Administration. Two milligrams can be lethal and one kilogram of fentanyl can kill up to 500,000 people.

Over 81,000 Americans died of a drug overdose from May 2019 to May 2020 with an increase in overdoses during the COVID-19 pandemic, according to the Centers for Disease Control and Prevention (CDC). Synthetic opioids, mainly illegal fentanyl, were the primary narcotic used in fatal overdoses.

Synthetic opioids such as fentanyl were behind overdoses in 37 of the 38 U.S. jurisdictions where data was available, including 10 states that reported over a 98% increase in deaths due to synthetic opioids, the CDC reported.

“The increase in overdose deaths is concerning,” CDC National Center for Injury Prevention and Control Director Dr. Deb Houry said in a statement. “CDC’s Injury Center continues to help and support communities responding to the evolving overdose crisis. Our priority is to do everything we can to equip people on the ground to save lives in their communities.”

Border Patrol agents arrested a U.S. citizen attempting to re-enter the country with hundreds of tablets of fentanyl weighing over 2.5 pounds and an estimated value of $39,000 taped to his back on Friday, according to CBP. Canines frequently detect narcotics and alert border officials prompting a secondary inspection of a person or vehicle.

“These drugs could have made their way into any American community,” Chief Patrol Agent Aaron Heitke said in a statement. “Thankfully, the vigilance of our agents prevented that from occurring.” (RELATED: Border Agents Find Fentanyl Hidden In Burritos)