The group hired by Arizona Republicans to conduct an audit of the state’s 2020 election results found that election data wasn’t destroyed despite previous statements suggesting it had been.

Election officials in Maricopa County, Arizona’s largest county, didn’t delete their entire election database as had been alleged by groups auditing the results, The Associated Press reported. CyFIR, one of the auditing firms, simply didn’t know where to look to find the database, which remains available.

“I have the information I need from the recovery efforts of the data,” CyFIR founder Ben Cotton said during a hearing on Tuesday, the AP reported.

The hearing was held to address Cotton’s prior claims that the Maricopa County election database had been deleted. Republican state Senate President Karen Fann held the hearing and has spearheaded the effort to audit the county’s 2.1 million ballots cast in November.

Maricopa County’s Board of Supervisors, which is majority Republican, refused to attend the hearing and called on Fann to immediately end the ongoing audit. The five board members held a meeting of their own on Monday to discuss the audit. (RELATED: Arizona Adopts Election Reform Bill That Stops Some Voters From Automatically Receiving Absentee Ballots)

“The accusations from the Senate President are deeply offensive and this letter will be the last time we respond to requests from this sham process,” Chairman Jack Sellers said during the meeting. “To the Senate, we say: finish what you’re calling an audit and be ready to defend your report in a court of law.” 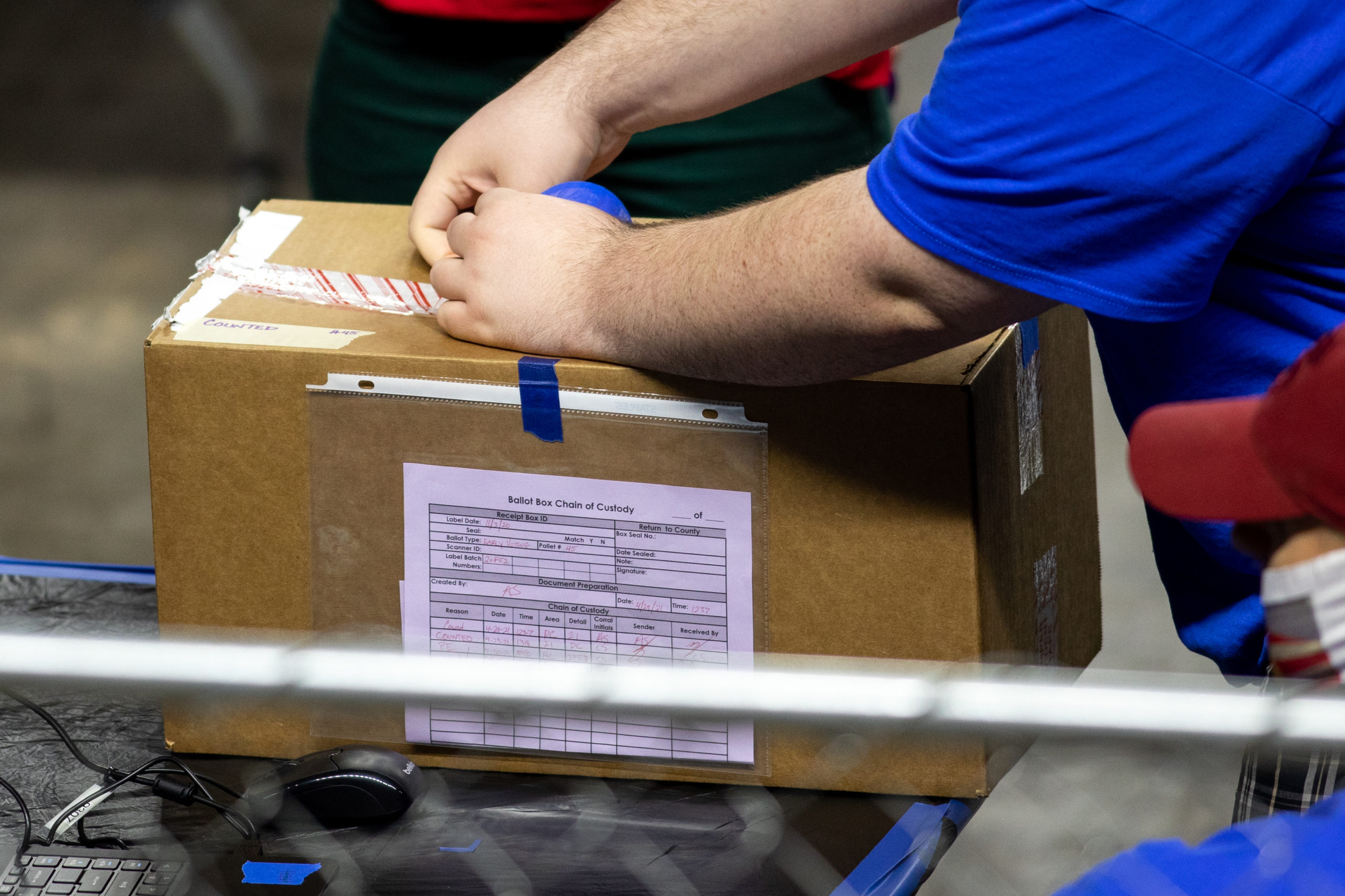 A contractor working for Cyber Ninjas, a firm hired by the Arizona State Senate, unboxes ballots from the 2020 election on May 1. (Courtney Pedroza/Getty Images)

The Board of Supervisors sent a lengthy letter to Fann, detailing why the auditing firms’ claims were false and proving that the database was never deleted. The county’s election department published a technical report showing that the election had been secure.

The board had previously ordered two extensive audits of the election in February, which failed to find evidence of voter fraud.

Former President Donald Trump, who continues to tout unsubstantiated claims that last year’s presidential election was stolen, repeated the allegation that officials deleted the county’s election database last week. There has been no evidence of widespread voter fraud.

“The entire Database of Maricopa County in Arizona has been DELETED! This is illegal and the Arizona State Senate, who is leading the Forensic Audit, is up in arms,” Trump said in a statement on May 15. “Additionally, seals were broken on the boxes that hold the votes, ballots are missing, and worse.”

The Department of Justice expressed concern about the audit in a letter to Fann earlier this month.