An election integrity bill that nearly passed the Texas state legislature Sunday has been widely denounced by Democrats and establishment media over specific measures critics claimed would disenfranchise and racially discriminate against voters.

Media outlets such as The Washington Post claimed the early voting changes in particular “would have created hurdles” for black and Hispanic voters. Furthermore, outlets such as CNN and NBC News claimed the bill is “rooted in conspiracy” as it draws upon former President Donald Trump’s allegations of widespread voter fraud in the 2020 election.

Texas Democrats compared the legislation to Jim Crow, especially one provision that included the segregation-era term “purity of the ballot box,” which was ultimately struck from the final version. President Joe Biden called the bill “wrong and un-American” in a statement last week.

Republican state lawmakers were set to pass Senate Bill 7 until state House Democrats staged a late-night walkout. The move ultimately forced the legislature to conclude this year’s session without sending the bill, which was introduced in March to Republican Gov. Greg Abbott’s desk.

Abbott threatened to withhold funding from the state legislature in response. He further said in a statement Sunday he would add the bill to a special session later this year and that lawmakers are expected to have worked out their differences before then.

They STILL must pass.

They will be added to the special session agenda.

Legislators will be expected to have worked out the details when they arrive at the Capitol for the special session.

If passed, the 226-page bill would affect nearly the entire voting process including voter ID requirements, along with vote-by-mail and early voting rules. It would also ban two early voting options that Harris County, the state’s most populous county, introduced last year. (RELATED: Democrats Are Sounding The Alarm Over Texas’ Election Bill. Here’s What It Actually Does)

Harris County, which includes the state’s largest city of Houston, offered drive-thru voting and 24 hours of uninterrupted early voting during the 2020 election in response to the COVID-19 pandemic and its impact on in-person voting. An estimated 127,000 Texans voted at mobile sites where they could remain in their cars.

The county was the only one in Texas to have offered those early voting options, the Texas Tribune reported. Texas Republicans filed a lawsuit with the state’s Supreme Court during the election to challenge drive-thru voting and prevent other large, Democratic-leaning counties from adopting similar tactics in the future.

An analysis by Harris County’s election office estimated that black and Hispanic voters cast more than half of the votes counted both at drive-thru sites and during extended hours during the 2020 election, the Texas Tribune reported. 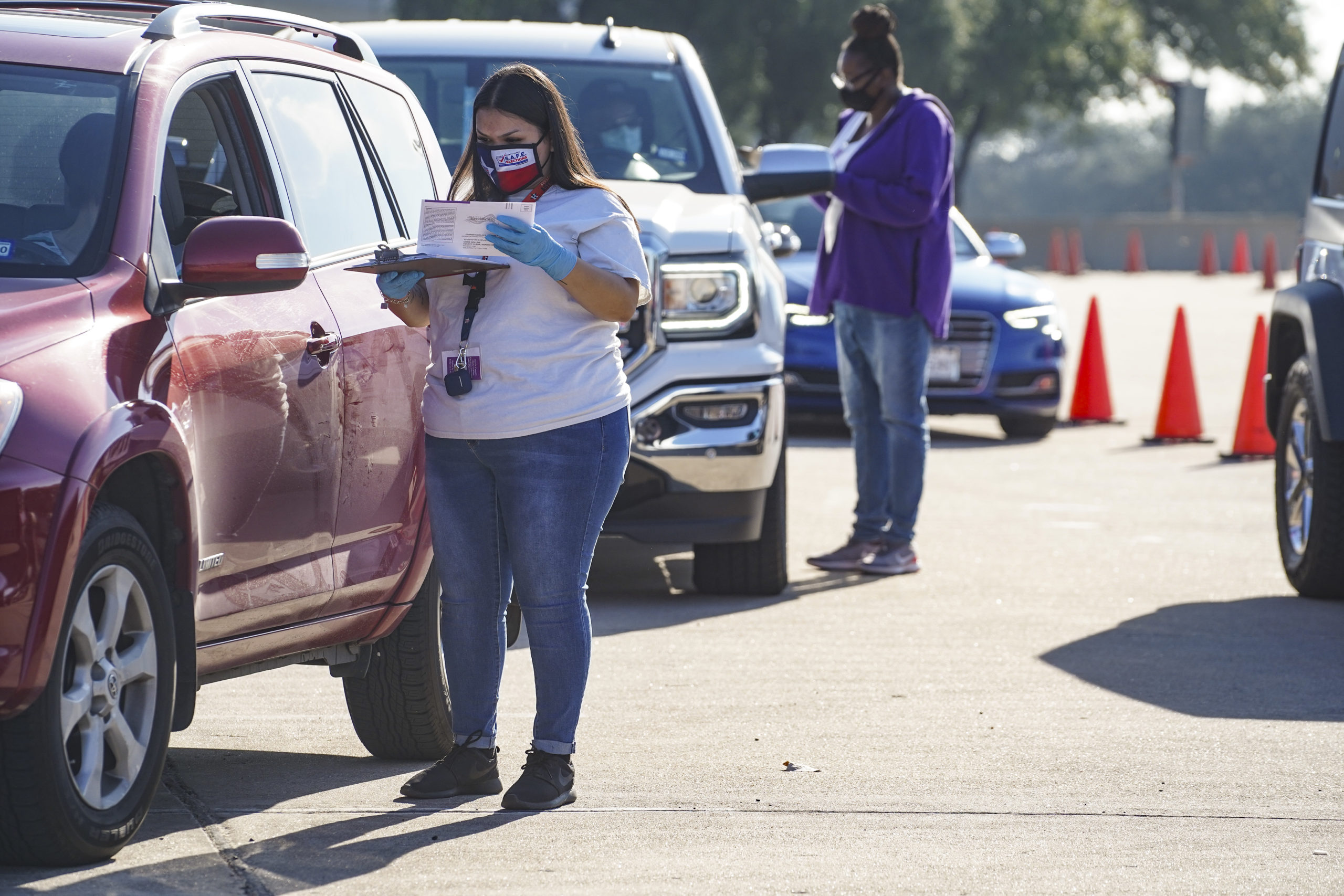 Although media outlets such as the Post noted the election integrity bill “targeted voting methods” used by racial minorities in Harris County, there is little evidence to suggest removing those options would amount to voter suppression. Critics notably made similar claims about the Georgia election integrity law enacted in late March.

Harris County saw early voter turnout during the 2020 election surge to roughly 1.5 million, slightly higher than the previous record of 1.34 million during the 2016 election, according to the Houston Chronicle. But experts told the Chronicle that the early voting options were a largely symbolic gesture.

“Texas democracy was healthy and robust prior to these emergency innovations, and it will be when they are gone,” Rich Lowry wrote in a National Review analysis of the bill.

Texas Republicans also argued their Democratic colleagues and the media are distorting the intent of their legislation, the Texas Tribune reported. State lawmakers said the legislation is a race-neutral bill and not designed to discriminate, in part because the state’s voter rolls are “color blind” and voter registration does not require disclosing one’s race or ethnicity.

“The provisions of this bill apply equally across the board,” Republican state Sen. Bryan Hughes said earlier during the legislative session, responding to Democratic lawmakers who questioned whether the bill would have a disproportionate affect on minority voters.

Republican Texas Lt. Gov. Dan Patrick had gone even further in an April press conference, strongly objecting to the suggestions that lawmakers were intentionally targeting minority voters in Democratic cities and counties.

“Senate Bill 7 is about voter security, not about voter suppression, and I’m tired of the lies and the nest of liars who continue to repeat them,” Patrick said. He also accused critics of questioning Republicans’ integrity and, between the lines, calling them racist. 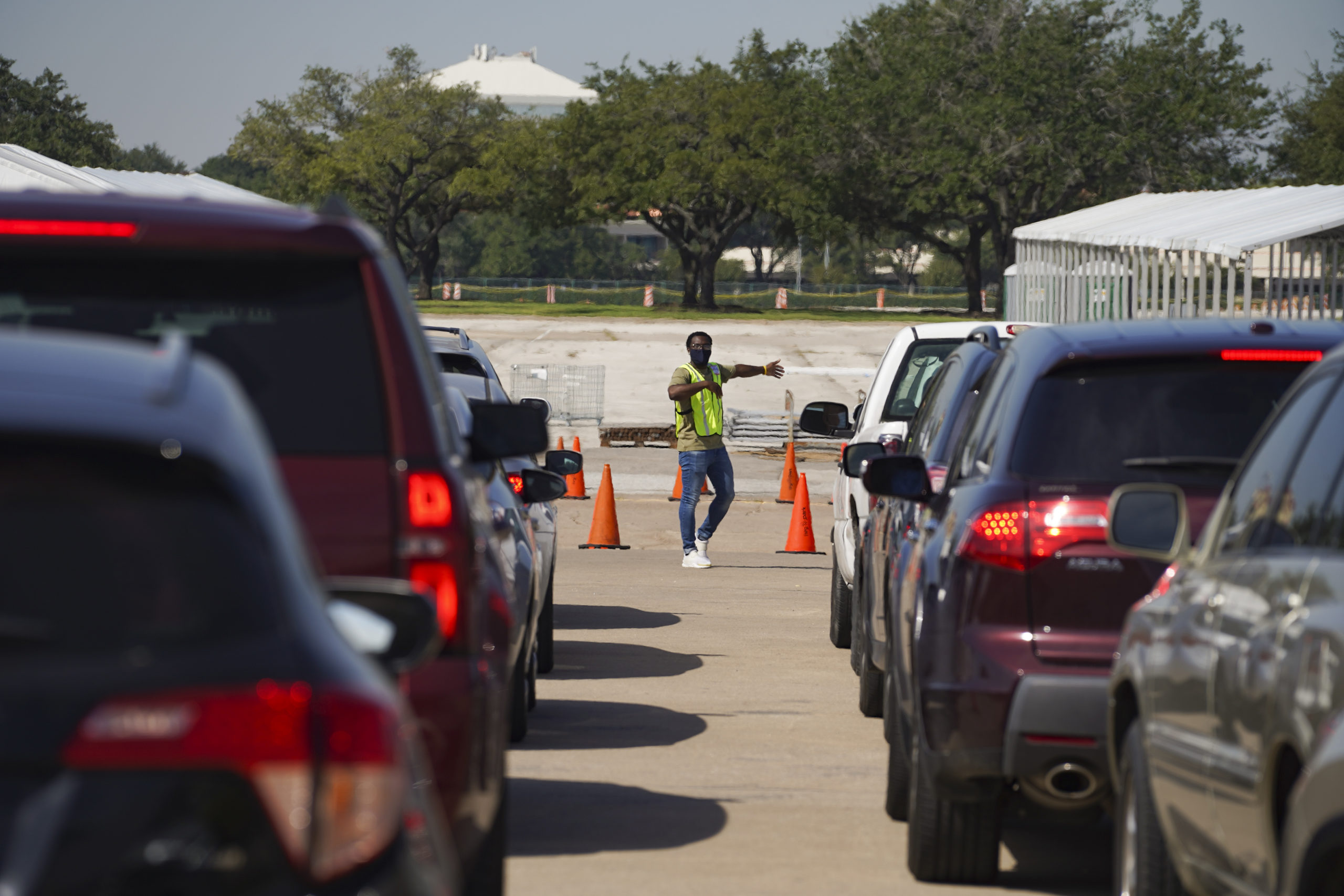 Media outlets also criticized the bill’s provision barring early voting before 1 p.m. on Sundays, claiming it would have a disproportionate impact on black voters by ending a longstanding voting drive known as “souls to the polls,” which encourages black churchgoers to vote right after Sunday morning services.

But Republican state Rep. Travis Clardy, who introduced the provision, told NPR in an interview Tuesday that the proposed time of 1 p.m. was a typo and was meant to be 11 a.m. He also noted the measure would be amended during the expected emergency session Abbott called for this week.

Texas is one of the nation’s few majority-minority states, where non-Hispanic whites make up roughly 41% of the population according to U.S. Census Bureau data. Additionally, roughly 40% of the state’s population is Hispanic and nearly 13% is black.