Most apparent were the gains that Republicans made in the 2020 presidential election, sizably increasing their vote share in states with large and small Hispanic populations alike and winning several competitive congressional races as a result. This past weekend Republicans swept Texas’ mayoral races, winning in both large cities like Fort Worth and smaller cities like McAllen, a border town in the heavily-Democratic Rio Grande Valley.

Dr. Julio Gonzalez, an orthopedic surgeon and a former Republican member of Florida’s House of Representatives, told the Daily Caller News Foundation that while Hispanics were still receptive to traditional liberal policies like social safety nets, a growing distaste for far-left policies has driven them rightward nonetheless.

“Those things that people on the right in the United States may find concerning, [Hispanics] may be a lot more comfortable with, and that’s probably why, in my view, Democratic policies have resonated in the past,” Gonzalez said. “What has changed is that the discussions that are being had from the left have shifted so much more… left.”

Democrats’ rhetoric, unsurprisingly, is not the only factor driving Hispanics toward Republicans. Many who voted for former President Donald Trump pointed to his anti-tax, anti-regulation economic policies, and said that they saw the party as a model for independent, economic prosperity, according to The New York Times.

But the leftward shift in Democrats’ rhetoric — and Republicans’ ability to attack them on it even as they did their own outreach and grassroots campaigning to woo Hispanic voters in swing states — was a huge driver behind the GOP’s increased Hispanic support last November.

In the weeks before last November’s election Republicans constantly accused Democrats of trying to transform the U.S. into a socialist country, hammering them over far-left positions like “defund the police,” open borders and more. The result was a Democratic implosion among Hispanic voters nationwide, but especially in areas where many had fled from actual socialist countries like Cuba and Venezuela and in areas along the southern border.

In metro Miami, home to the largest Cuban population in the U.S., Trump increased his overall vote share by 7%, leading to a victory in the state that was nearly four points larger in 2020 than in 2016. In Texas’ Rio Grande Valley, voters in some areas shifted more Republican than anywhere else in the country.

The shifts led Republicans to flip two south Florida House seats and hold a Texas seat along the southern border that was expected to turn Democratic, helping the party gain seats when forecasters had predicted them to slip further into the minority.

While Hispanic voters largely still supported traditional Democratic priorities like social security and a broader government safety net, Gonzalez said that most were deeply religious and socially conservative, widening the rift between the two even more.

“I think [Hispanics] generally are very religious, I think they’re very family-centric,” Gonzalez said. “I think that they believe that transgender folks competing in women’s sports is nonsensical, for example. I think these things are taking a stronger hold of the Democrat agenda, and I think that’s turning them off.”

“I don’t think it’s so much that the Hispanics are changing, I think it’s that the message from the left is becoming sharper and more radical, and I don’t think they buy into that at all,” Gonzalez added. (RELATED: Fear Of Socialism Drove Florida Latinos To Vote Republican, Former State Rep Says) 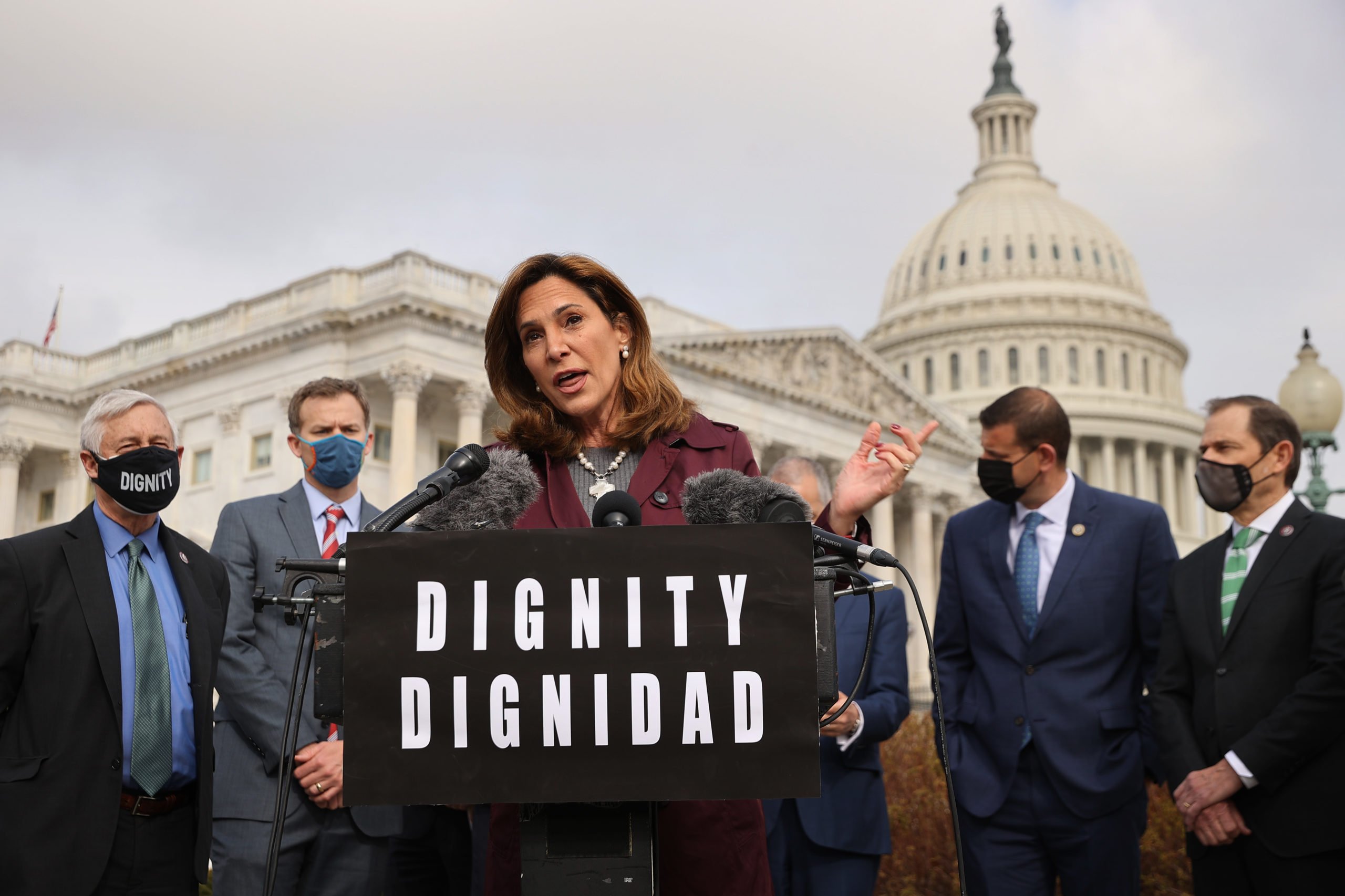 Rep. Maria Elvira Salazar, Republican of Florida, was one of two Hispanic Republicans to flip a House seat in Miami-Dade County in 2020. (Chip Somodevilla/Getty Images)

Following the election, some Democrats acknowledged their losses among Hispanic voters and said that the party needed to change its message.

California Democratic Rep. Tony Cárdenas said that his party must become “culturally competent,” and pointed to the need for politicians and organizations to better communicate and resonate with Hispanic voters and the struggles they are facing.

“I would like to see the DCCC change overnight, literally, to make sure that we have culturally competent, diverse staff, diverse vendors, diverse campaign consultants, diverse candidates all across the board,” Cárdenas said.

Former Rep. Debbie Mucarsel-Powell, who lost her Miami House seat last November, chided her party for overlooking Hispanic voters, writing on Twitter that “when others try to treat Latino’s as a monolithic group, they miss the nuances” and opportunities to connect with them.

Michigan Democratic Rep. Elissa Slotkin, a moderate who barely held her district after flipping it in 2018, called her party’s national brand “mushy” after the election, adding that “people don’t know what we stand for.”

While Republicans have capitalized on Democrats’ recent struggles with Hispanic voters and with far-left rhetoric that has become more prominent within the party, Gonzalez insisted that conservative outreach was imperative for GOP gains to truly cement.

“Conservatives do need to really go out and talk to [Hispanics], not about immigration or the radical left,” he said. “What we need, as Hispanics, is an explanation as to why America works, and why the worst thing that we can do is follow in the direction of a more socialistic government.